Business cards of the rich and famous 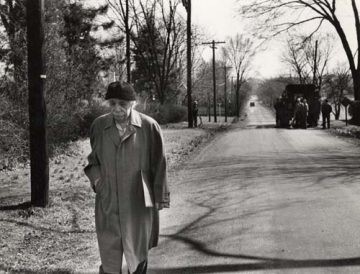 Imagine you’re walking past the University of Princeton when you happen to run into a professor with dishevelled hair and an intense stare. You stop to talk to him, he is interested in whatever your profession is (perhaps you’re a plumber), and he tells you to give him a call in the next few days. He gives you his business card, the one the university gives out to every lecturer.

And at that moment, reading the business card, you realise your hunch was correct: you were just talking to Albert Einstein. 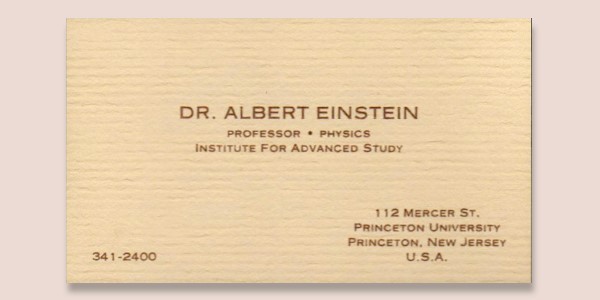 Business cards are much older than you might think. The first traces of something similar to a modern day business card appeared in China in around 1500 A.D. From then until the 19th century and the arrival of the industrial revolution they were used as calling or ‘visiting’ cards, i.e. for making appointments, writing messages and sending invitations. Business cards are an important tool for the almost ceremonial ritual that occurs when two people with (professional) interests in common meet.

In spite of digitalisation, the internet age and smartphones, business cards are hanging on, and they by no means feel like fossils from a bygone age. Instead they are keeping up with the times, and fit perfectly into a world of social networks, given that they are a quintessentially social tool, passed from hand to hand before any handshakes or greetings can take place.

So what do the old business cards of people who are now celebrities look like?

This is the famous card belonging to Mark Zuckerberg, Facebook’s CEO. It is playful and over the top, yet simple and clear. 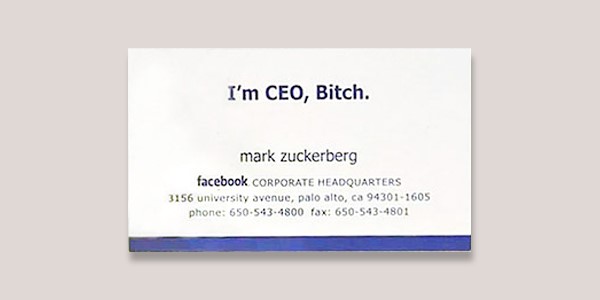 The late Steve Jobs, before returning to Apple, was chairman of NeXT, Inc., a technological innovation company based in California. Nothing here reveals the dynamic personality or immense talent of one of the biggest innovators of the 20th century. 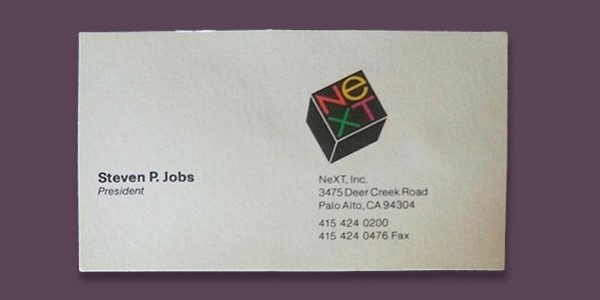 This is the business card for an executive at one of Donald Trump’s companies. The golden font stands out like a sign at the entrance of a building, and the fonts are in all caps.
The card’s style, although simple, reflects the strong character, love for luxury and perhaps lack of refinement of the new President of the United States. 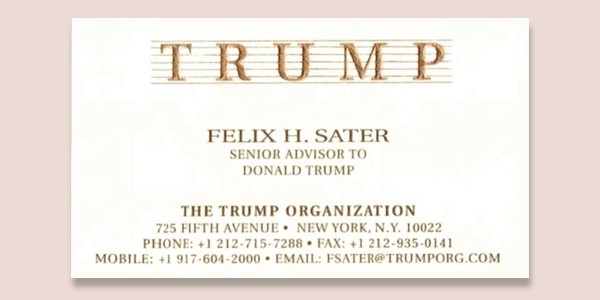 The card that the comic actor and author Steve Martin gave out (along with an autograph) to people he met was the complete opposite. Mere fans didn’t get a phone number, however! 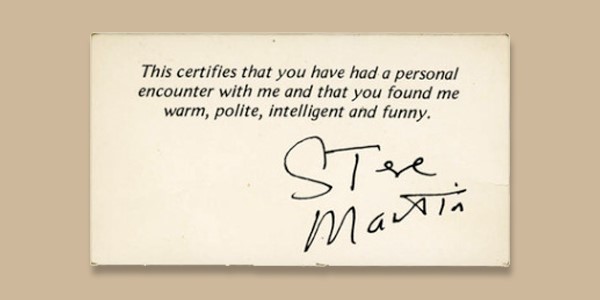 Do artists and people in creative professions have more creative business cards?
And how do people renowned internationally for their extraordinary creativity introduce themselves?
The artist Andy Warhol had a beautiful business card, handwritten in two colours on a greenish background. The information is clear, but the lettering is completely original and genuinely attractive. 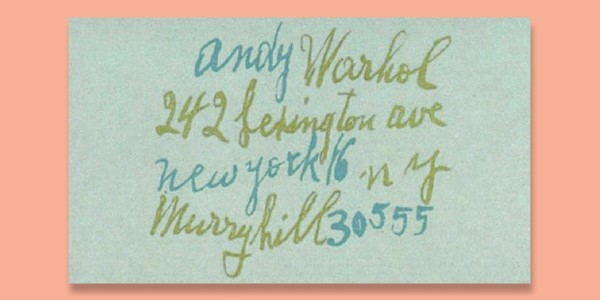 It’s a business card that won’t have gone unnoticed.
Since then, many artists and designers have gone down the handwritten route.

This, meanwhile, is the business card of the pre-eminent jazz musician Sun Ra, a pianist, composer and philosopher. His business card advertised his musical ideas, which were truly innovative for the time.
However, the graphics are simple, the fonts are anything but modern, and it was printed on ivory paper by his local printing shop. 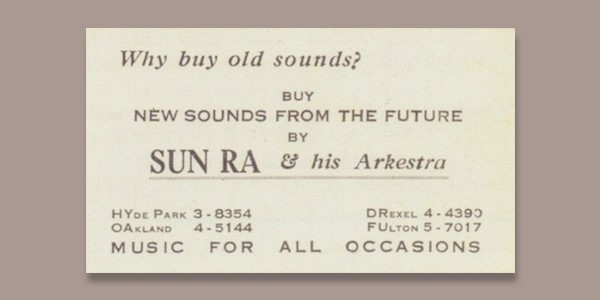 Saul Bass was one of the greatest art directors, graphic designers and animators of the 20th century. He created era-defining works for the cinema, the Olympics and the biggest American brands. He was known for his disjointed style and original choices. However, his business card was the epitome of simplicity: only the asymmetrical layout reflects the originality of his approach. 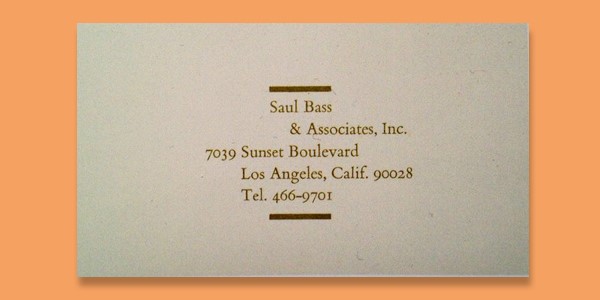 And how about the most famous creative companies in the world?
Do they have particularly innovative business cards?

These are two recent business cards from Pixar, probably the world’s leading animation studios. They use the playful technique of replacing a letter ‘I’ with a movie character, just as in the titles to each of their films. 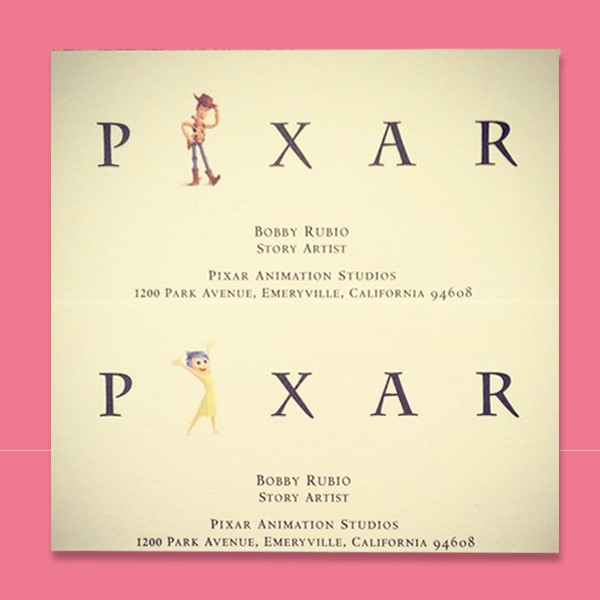 Remaining with the creative sector, these are the business cards of Zaha Hadid’s firm of architects (responsible, amongst many other designs, for the MAXXI museum in Rome). The graphic design of the card befits an object that may end up in the hands of managers and clients of the very highest calibre. The artwork is simple (although the font is very refined) and a lot of thought has gone into printing solutions and formatting that highlight the quest for beauty and simplicity of the renowned Iraqi architect (who sadly died last year). 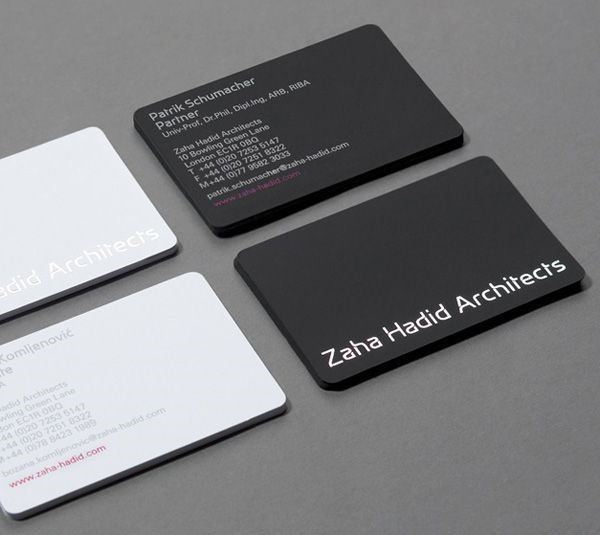 Finally, one of the most unique business cards you can find online is that belonging to Harry Houdini, the greatest illusionist of all time.In the early 20th century he was one of the most famous people in the world, and his business card makes clear that it represents a man who was most definitely out of the ordinary.
Furthermore, the triangular shape of his business card recalls a pyramid, the symbol of knowledge, giving the idea of something that has arrived from another world, or wisdom from previous eras.
(This card was probably an invitation to one of his shows, but it suited Houdini perfectly).

CONCLUSION
The most obvious conclusion to draw from this small selection of business cards is that famous and important people do not need to rely on anything other than their name. Most of us, however, need to capture the attention of those around us with our business card: it could be our only opportunity! Another thing to note is that all the cards contain the necessary information, and are clearly legible and unambiguous. Indeed, the main aim of this flexible personal promotional tool is to provide contact information, a bit like the ‘Contact us’ page of our website.
So, a good business card requires simplicity, clarity and a touch of originality. And the card in question must, in some way, reflect the philosophy or character of its owner, meaning it must be tailor-made.

Time to get designing!