Imagination, creativity, skill and a touch of madness!

Those are the essential ingredients for creating a comic.

Lots of comic book artists and designers choose Pixartprinting to bring their creations to life on the printed page.

Today, we tell the story of Giorgia Catelan, who doggedly pursued an idea and eventually produced her own self-published comic.

It was no mean feat – and we’re delighted to share it with you. 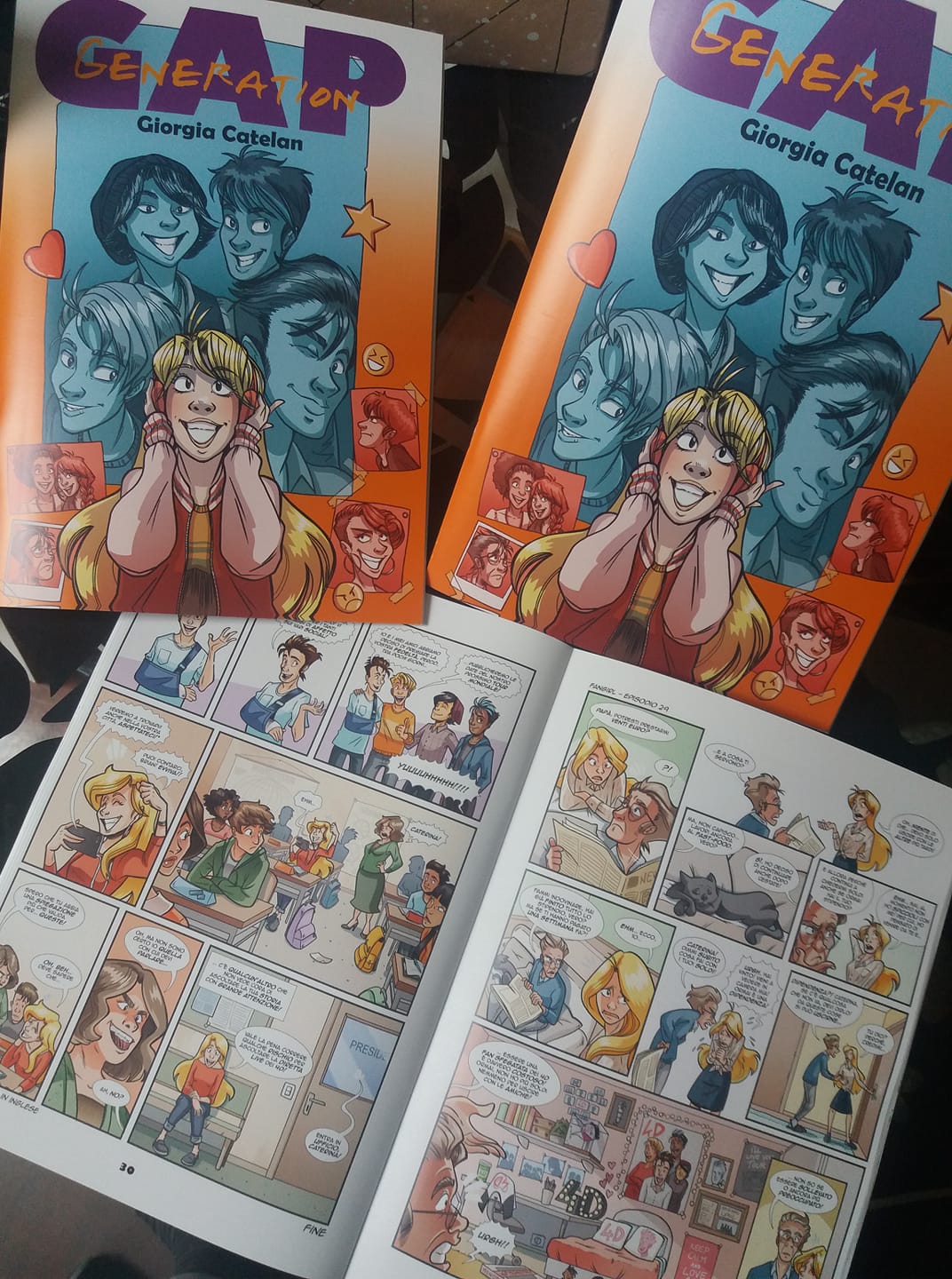 Hi Giorgia! Tell us about yourself and what you do, your dreams, aspirations and talents. A short but faithful portrait!

Hi! My name is Giorgia Catelan and I’m a comic book artist with a degree from Padua’s International School of Comics.

For three years now, I’ve been working on the La Banda series, written by Rudy Salvagnini and published regularly in the monthly comic book Il Messaggero dei Ragazzi. I work with other great cartoonists and together we take it in turns to create individual instalments.

I’ve also been trying to write new scripts because my greatest ambition is to become an internationally renowned cartoonist. I tend to write and illustrate my own stories, but my experience at Il Messaggero made me realise that I can happily work as part of a team on stories written by other people.

Before telling us how your idea was born, can you explain to our readers what you produced in the end using our printing services?

Thanks to Pixartprinting, I finally managed to self-publish my first comic, Gap Generation, and I’m really happy with your printing services, and I won’t stop saying so!.

Let’s rewind to the beginning. When was the idea to produce this comic born? Was there something that sparked the idea? Did it come about by accident? Tell us a bit about how you came up with this project.

This idea was born by chance. In 2015, I was looking for publishers to send my portfolio, and one day I came across Bamboo Edition, a French publisher that produces comic books of humorous self-contained stories on a variety of themes from work and sport to everyday life. 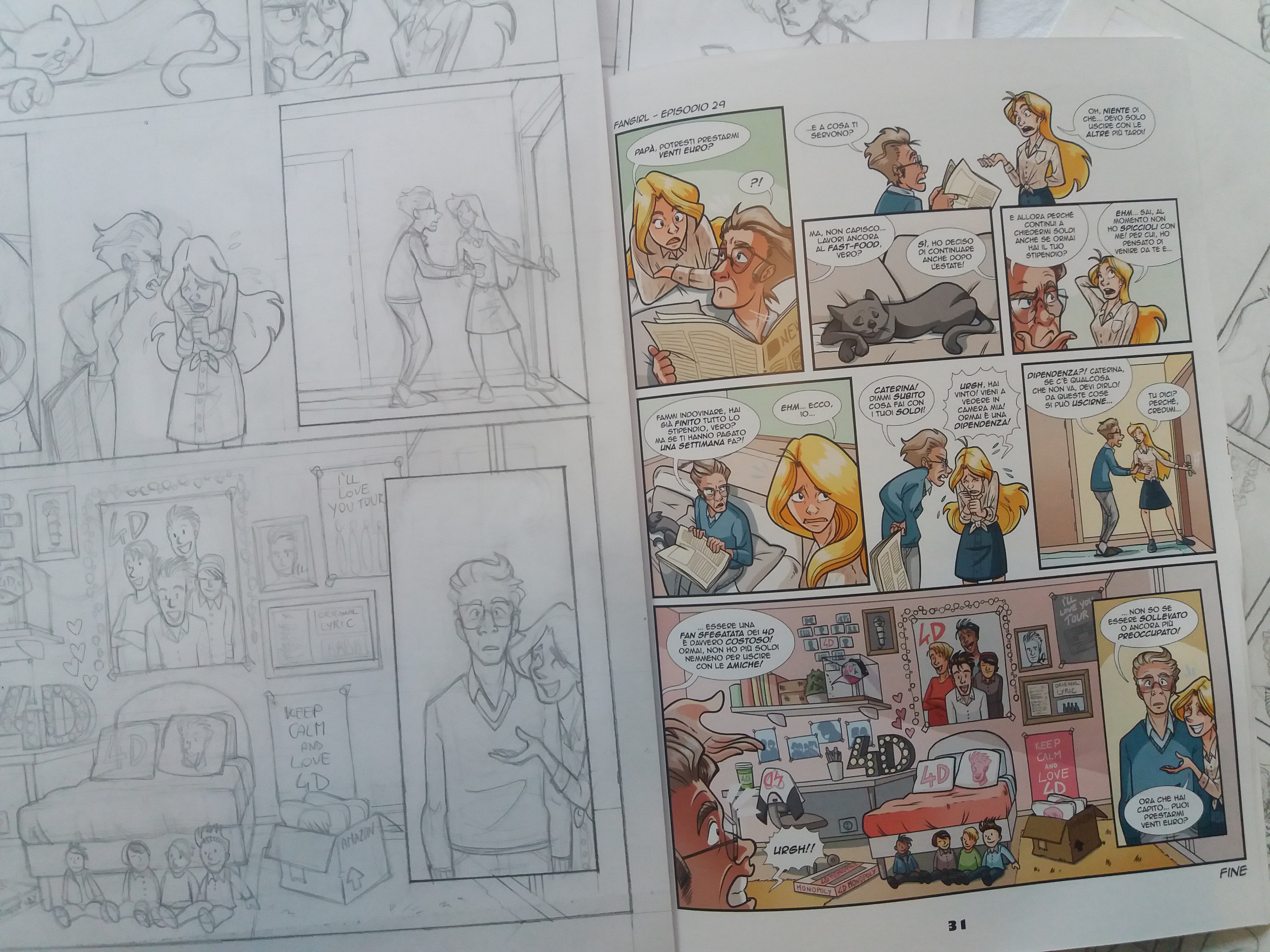 I was particularly interested in two series: the first, Les Sisters by William, is about the fallings out and makings up of a teenage girl and her younger sister, while the other, Mes Cop’s by Cazenove and Fenech, follows the comic misadventures of a group of adolescent girls.

I immediately liked the stories and the way they are told, which is in self-contained pages that are also linked in a logical sequence, and I started thinking about doing a similar comic.

It was then that I had the idea of creating a series about a teenager in constant tragicomic conflict with their parents and adults in general due to their musical passions, and so Caterina, Bruno and all the other Gap Generation characters were born.

Once you came up with your idea, you had to set yourself a goal. What did you want to achieve with your idea? What would be the ultimate aim of your work?

Initially, my goal was to create a well-put-together project that I could present at meetings with publishers at the 2016 Lucca Comics & Games convention. I managed to get a few meetings but in the end my idea wasn’t accepted.

At this point, my plans changed and I started seriously thinking about self-publishing online. I badly wanted to draw Gap Generation and a few rejections certainly weren’t going to stop me. 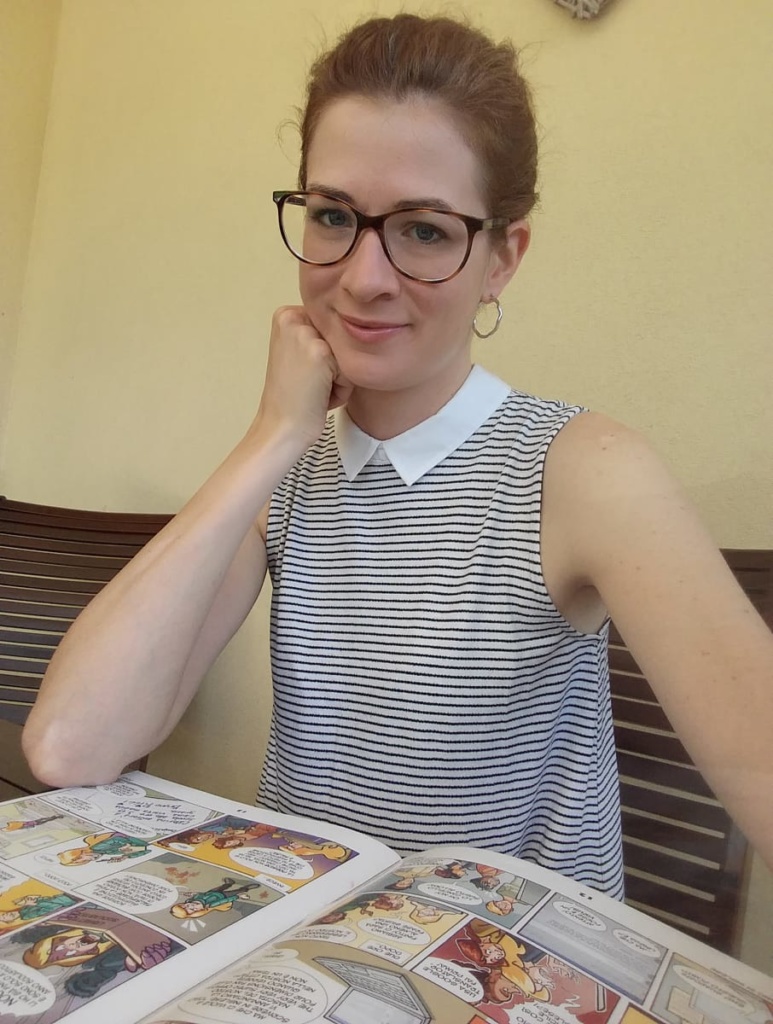 So, now we know the idea for the project and the goal. How did you produce it? What were the design phases and how many were there? Tell us about the process that brought your idea to life and made it ready for printing.

Once I had decided to go down the self-publishing route, the first thing I did was carefully schedule the release dates for every single instalment of Gap Generation on my Facebook and Tumblr pages. I promised myself that I wouldn’t get (too) behind on schedule and, despite lots of doubts, worries and hiccups, my independent adventure started in September 2017 and continued throughout 2018.

My goal remained to bring together every episode in a printed album once I had published them all online. So, I started looking into it and, through some of my friends, I discovered your site. I instantly found it to be well laid out and very intuitive to use, which convinced me to use you to print Gap Generation.

Time to go to press! How did you use print on demand to produce your design? Which materials did you choose?

For Gap Generation, I chose staple binding and the same weight of matt coated paper for both the cover and the inside (170 gsm if correctly recall). Everything had to have the look of a traditional comic album and I think that the end result is really great. 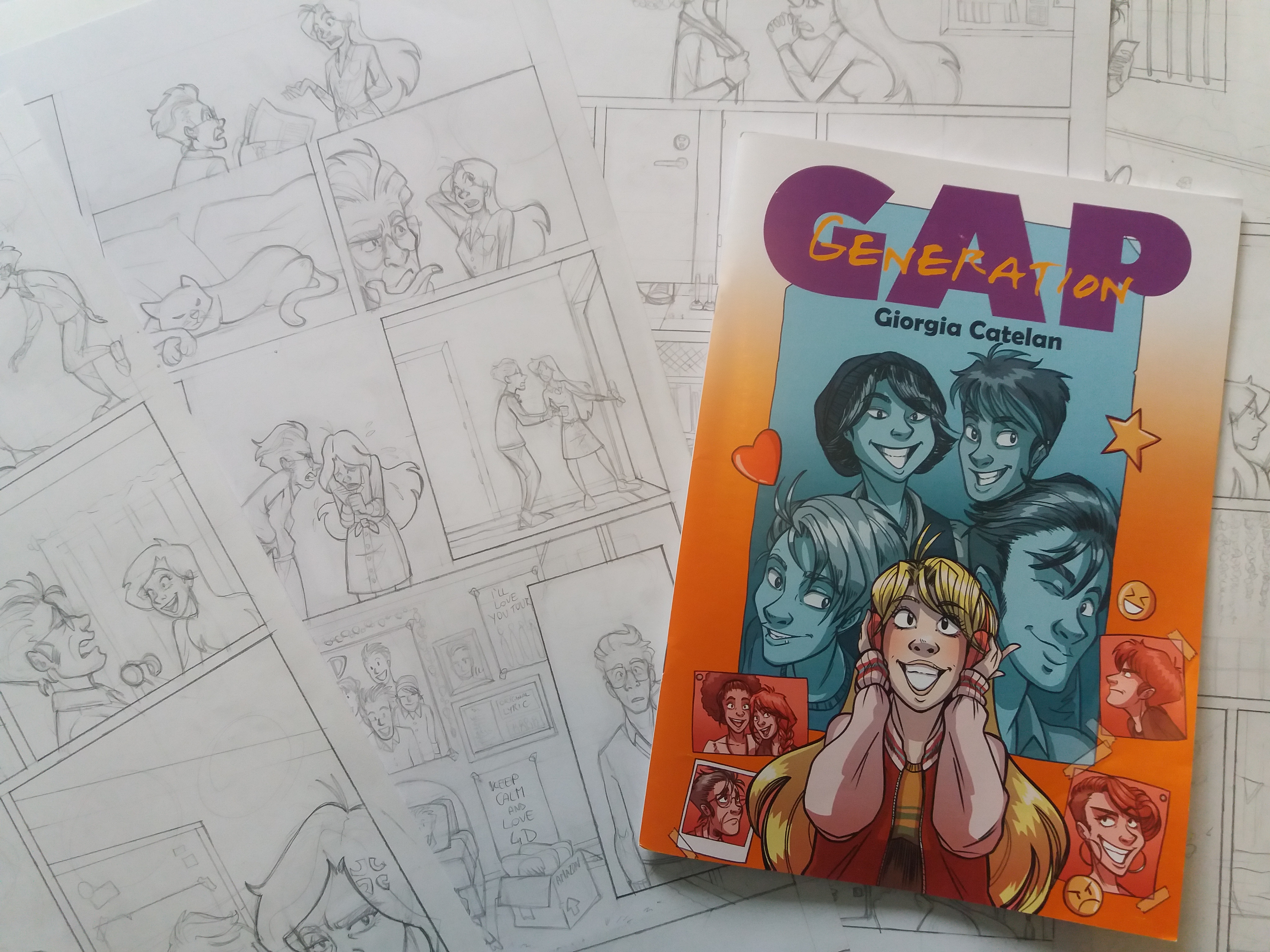 The comic is ready! Now it can really shine. How did it feel to see your comic spruced up for special occasions?

When the courier arrived, I didn’t know what to expect. I was curious and terrified at the same time. A thousand questions were running through my mind nonstop: would the printed colours be faithful to the ones I chose? Did I send the file with the right dimensions? Will there be pages missing? So, you can imagine my level of anxiety when I opened the parcel… and the amazement when I picked up and leafed through the first album.

Everything was perfect, exactly how I had imagined it beforehand! I think it was the first time in my life that I had been really happy with a print run. Thanks again!

What other projects do you have planned for the future? Can you share them with us?

At the moment, I’m slowing down work-wise. After such a demanding year, I’ve decided to take it easy and pick up a few projects that were on standby.