Artificial intelligence has the power to improve the marketing strategies used by small businesses. Get ready for the future today
A brief introduction to the world of digital marketing: what it is and the benefits and tools it offers firms that want to develop their online business
Our guide to creating a compelling and original Instagram bio for brands, influencers and professionals
A guide explaining how to use WhatsApp Business to communicate with customers, provide support and create a catalogue of products or services
Empathy can make a real difference in the workplace. We've picked out some of our favourite quotations on the subject: read and share them with your team

The importance of inclusive language in marketing

“Good morning, ladies and gentlemen.” This was the phrase used by the crew of Japan Airlines to begin announcements over the public address system on all its domestic and international flights. But in 2020 the company removed it, as it was deemed not to represent the LGBT community and those who do not identify as male or female. Since then, phrases such as “good morning”, “good afternoon” or “good evening” followed by “to all passengers” have been used instead, more in keeping with its diversity policy.

Though they are still in the minority, many brands have begun to incorporate inclusive language into their communication strategies in order to reach audiences more effectively. In 2019, a study by Google and the equality services firm The Female Quotient revealed that 64% of respondents take some form of action after seeing an ad they considered diverse or inclusive, such as buying a product or service, looking for reviews, or visiting the brand’s website. 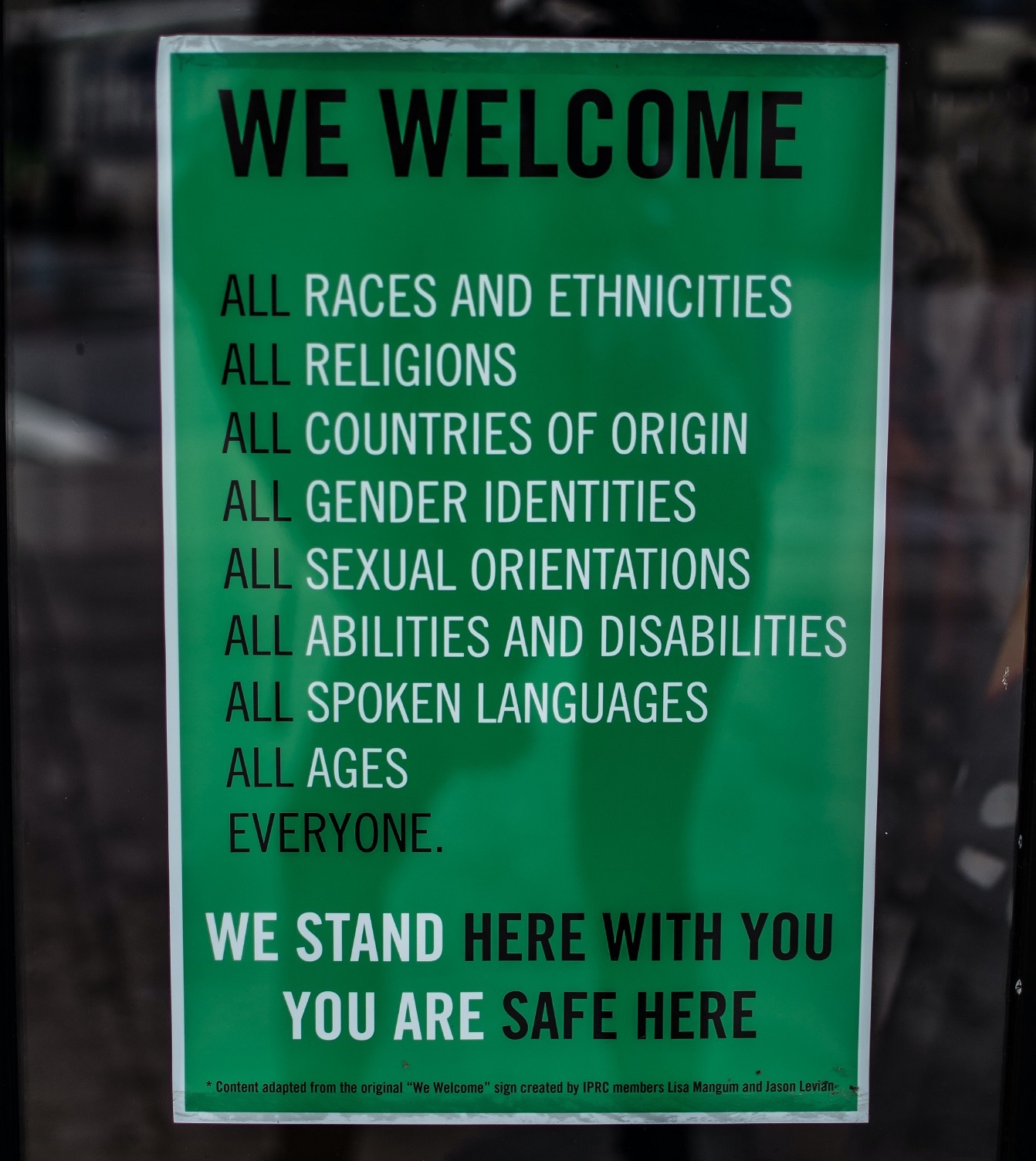 The influence of marketing on consumer habits can also have the opposite effect. 75% of Generation Z consumers would not hesitate to boycott brands that discriminate against race or sexuality in their advertising campaigns, according to another study by McKinsey. This is why it is so important to carefully weigh the words used in any form of communication.

An opportunity to connect with the audience

Inclusive language is a linguistic practice that intentionally encourages communication free from stereotypes and prejudices and respectful of all groups, regardless of age, sexual identity, skin colour, social class, religion, physical and intellectual abilities, etc.

For brands, this is a great opportunity to demonstrate their level of responsibility and social commitment. And if the above-mentioned factors were not enough, it is also worth remembering that communication using inclusive language ensures that all kinds of people feel reflected in the message – in other words, no one feels offended. If the brand’s mission and values are aligned with those of the audience, it generates a connection, which leads to a reputation that stands out from the competition. 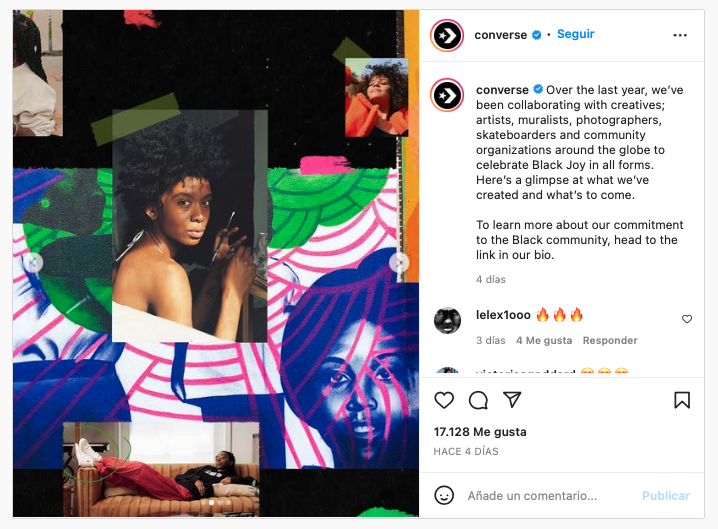 But getting to this point involves reviewing all company communications, not only at the text level – social media posts, email content, job descriptions – but also the visual identity.

Just look at Apple: they have started to change their coding terminology guidelines to be more inclusive. For example, For example, the terms “blacklist” and “whitelist”, which can have a racist connotation, have been changed to “allow list” and “deny list”, respectively. 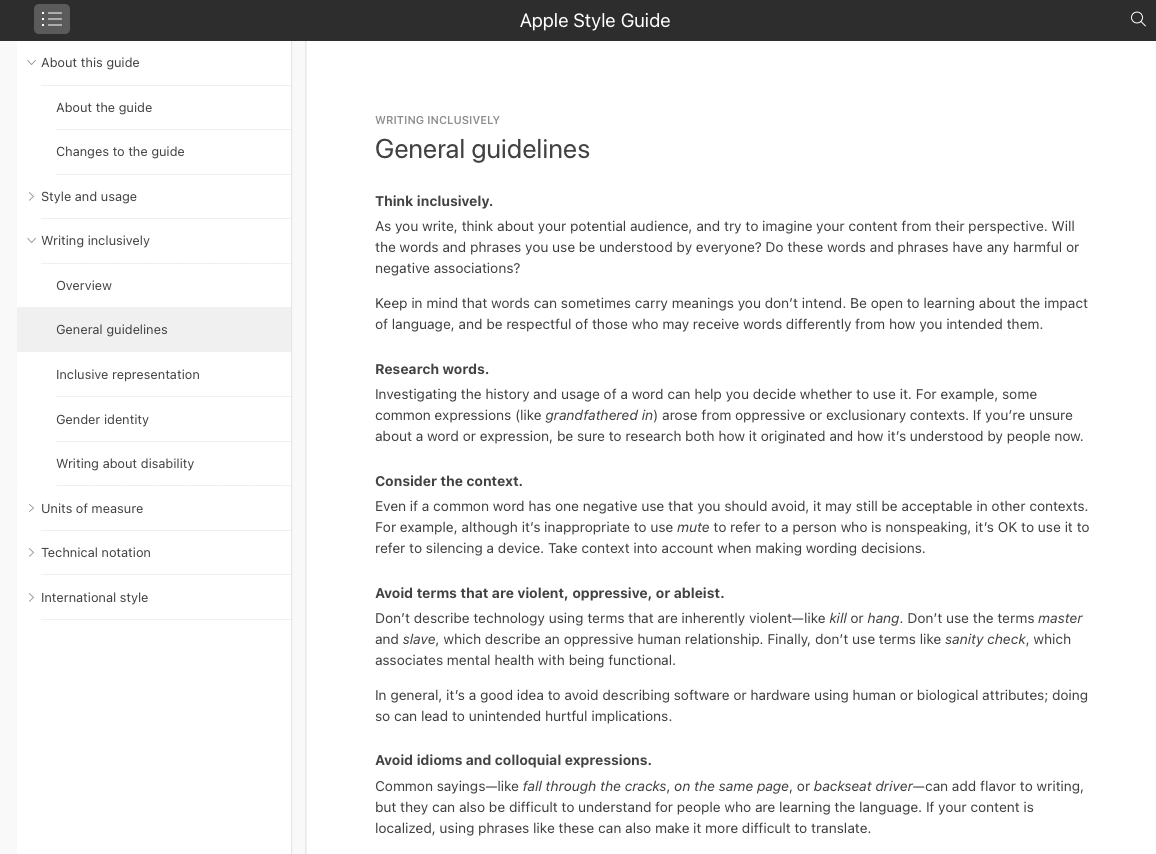 A clear example of inclusive language through images can be found in the Instagram accounts of Converse or the L’Oréal group, a brand that has been acknowledged for its work not only in the public eye, but also behind closed doors. For four years now, it has been recognised in Bloomberg’s Gender Equality Index (GEI), which evaluates criteria such as gender leadership, salary parity, inclusive culture and sexual harassment policies. 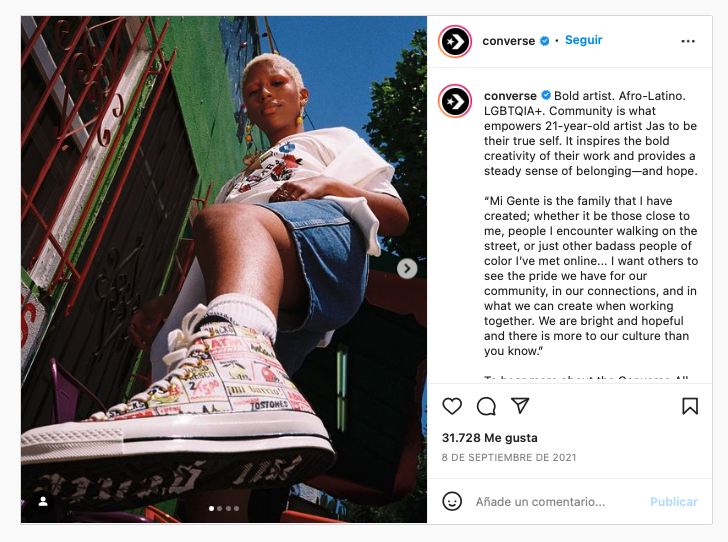 How to create inclusive language

Now that we’ve seen the vital importance of inclusive language within brand identity, let’s look at the different elements that should be taken into account.

Much of the language we use to describe people with disabilities can perpetuate stereotypes of weakness. That’s why it’s important to avoid expressions such as “suffer”, “victim”, “disabled”, “wheelchair-bound” or “disabled lift” – which could easily be replaced by “accesible”.

The same goes for medical or mental conditions: use “a person with schizophrenia” instead of “a schizophrenic”, as well as avoiding derogatory terms such as “weirdo” or “crazy”.

Age should not be mentioned unless it is relevant, in which case it should be separated by commas: “The student, aged 16, passed the exam”. Descriptions such as “young”, “elderly”, “childish”, etc., should also be avoided.

It is common to use “hey guys” or even “hey girls” to address an audience, but expressions such as “hey everyone” are more appropriate. Words such as “lesbian” or “trans” should be used as adjectives, not verbs, and it is better to use “they/them” instead of “she/her” or “he/him” if the gender pronouns a person chooses to identify with are not known.

Collective terms like “mankind”, for example, can be replaced by alternatives such as “humanity.” And English terms that expressly refer to the masculine gender, such as “policeman”, can be replaced with “police officer”.

It is important not to assume that a person’s appearance defines their nationality or cultural background, and to avoid racial prejudice in order to prevent discrimination and violence against people from particular social groups. Terms such as “minorities”, “people of colour”, “whites”, etc., are not inclusive, just as “Asian” in “an Asian doctor” is totally irrelevant.

When communication with a wider audience, it is important to consider the diversity of religious affiliations and beliefs that exist in our society and the world in general, and not to assume that people practice any specific one. Expressions such as “Merry Christmas” or “church” should be replaced by “Happy Holidays” or “place of worship”, respectively.

These are just some of the guidelines to bear in mind when adopting inclusive communication. It is highly recommendable to note them in a section of the company or organisation’s style guide: you can take the United Nations, GSMA, Chartered Insurance Institute  (CII) or Mailchimp, for inspiration.