AI branding: how artificial intelligence will bring brands to life

As the master Seth Godin has taught us, and as and we’ve covered on this blog, a brand is a collection of expectations, memories, stories and relationships that, together, influence our decision to choose one product over another.

The foundation of any brand of value is its brand platform. This is a set of ideas that customers associate with the brand and allow it to communicate its uniqueness by clarifying:

It plays a crucial role by directly influencing the archetypes, meanings and symbols that enter our head when we come into contact with a brand.

The concept of brand platform still applies today and is indispensable for advertising and design agencies to interact with their clients and position a brand correctly. Today, however, this is no longer enough, because it only covers a limited part of the profound changes we are seeing in the world of marketing and advertising. It needs complementing with an augmented approach.

But complementing with what? First and foremost, with the help of artificial intelligence.

What is artificial intelligence and what is its potential?

Artificial intelligence is on everyone’s lips these days, despite being a dynamic and ever-evolving area. According to one definition, AI is the “discipline that studies the design of hardware and software that enables computers to perform tasks which, to an observer, would seem to be the exclusive preserve of human intelligence”. However, Richard (father) and Daniel (son) Susskind at the University of Oxford warn against three biases that prevent us for correctly seeing where innovation is leading us. 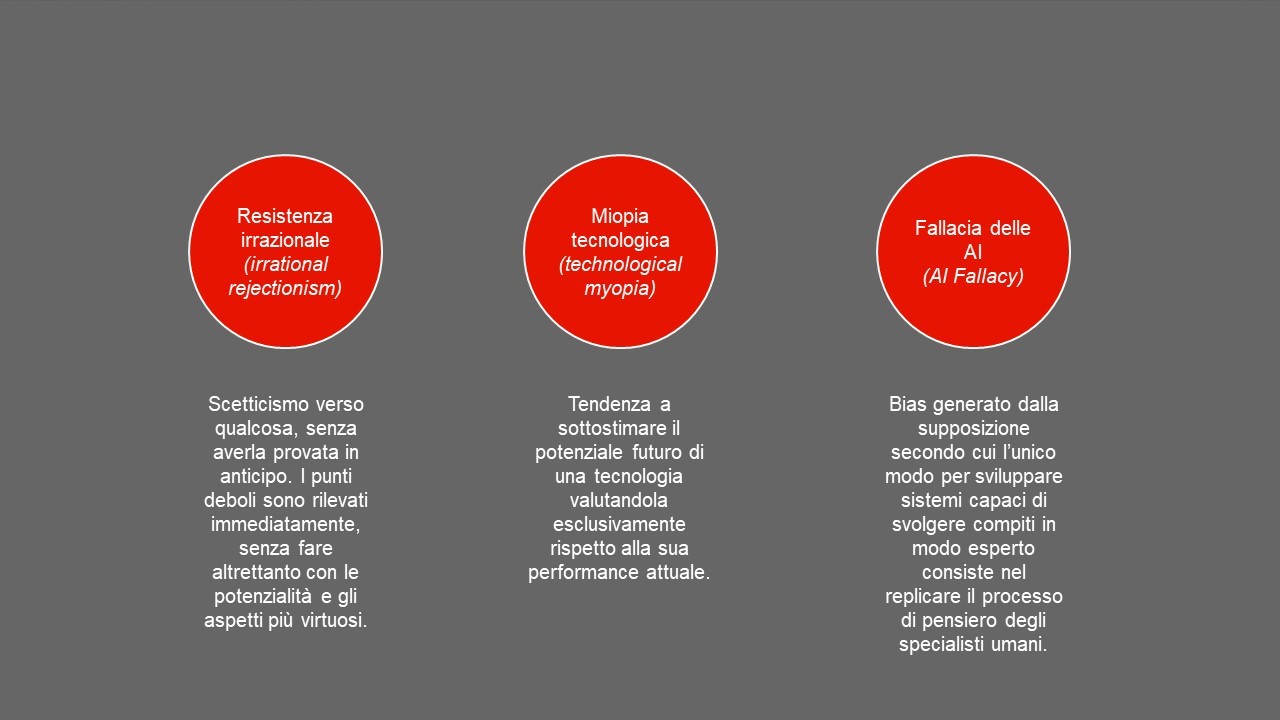 One of these is AI fallacy: the mistaken belief that the only way to create AI systems capable of outperforming humans is to have them replicate the thought processes of human experts. In reality, AIs are showing that they can do much more than us, in much less time, by adopting different approaches to those taken by humans.

So, an urgent question arises: what implications does AI and its exponential transformation of time have for brand building?

If we look closely at the brands that have entered our lives and homes in recent years, we see that those best able to attract and engage have adopted aspects of anthropomorphism. In other words, they’ve attributed human characteristics and qualities to brands and companies by drawing on pre-existing archetypes found in people’s minds.

By studying the cases of Nike, Marlboro and many others, researchers Margaret Mark and Carol Pearson identified 12 archetypes used in the building of iconic brands that have managed to win over and remain in the hearts of their customers. 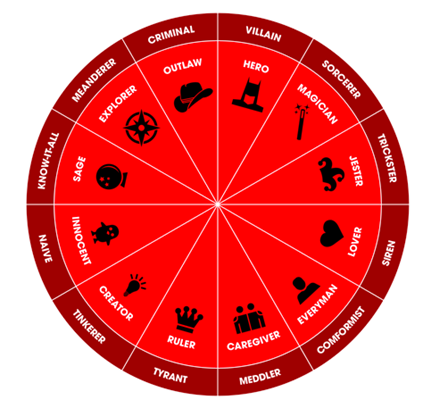 According to the principles of archetypal branding, it’s fundamental for any relevant brand to identify its key archetype and “follow in their footsteps” with every action. Think about characters like Bibendum (better known as the Michelin Man in the English-speaking world) or the human forms that Jean-Paul Gaultier gave to the bottles for his La Femme and Le Male fragrances.

So the question is:

Do the narratives that tie together brands and archetypes still apply in the age of conversational interfaces enabled by virtual assistants and digital platforms?

Absolutely: platforms (and the world’s leading brand’s in terms of value and reputation) like Microsoft, Google, Amazon and Netflix have gone further, bringing to life archetypes by working very carefully on tone of voice, gender and the most effective methods for interaction . For example, here’s an interview with the woman who originally lent her voice to Siri. Remember the 2013 film Her, which won the Oscar for best original screenplay, and told the love story between the human being Theodore and the (sensual) operating system Samantha? Think about the chatbot and AI assistants like Alexa, Cortana and Siri, who use their ability to generate empathy and rapport as a lever for establishing themselves in the everyday lives of us all. So much so that one of the challenges of artificial intelligence today is to be able to make jokes and play with people, and that experts at institutions like Boston’s MIT believe that one day Alexa will become a best friend (and more…) to elderly people. Siri already gets jealous if you call her Alexa by mistake 🙂

Artificial “beings” with persuasive tones and strong personalities able to hold natural and coherent conversations. This is the next frontier for developing the brands of tomorrow: one that involves technology, design, creativity and storytelling. Indeed, according to Iris Chief Strategy Officer Ben Essen:

“building an AI personality isn’t only a problem for Google, Apple and Amazon. It’s a problem for any brand who wants to continue to communicate directly with their customers will have to face in the age of the conversational user interfaces.”

Ben Essen goes further by talking about autonomous brands: when brands start to live independently in people’s pockets or homes. Capital One and Samsung, with Eno and Bixby respectively, have already developed their own autonomous brands. As have Google, Huawei, Amazon and many more.

It’s a revolutionary but risky change, because “it will become impossible to pass challenging conversations up to ‘head office’ to be dealt with one at a time — AI technology will need to fend for itself in challenging, unpredictable and unprecedented scenarios.”

As people, we act differently depending on whether we’re, say, hanging out with friends or attending a job interview. To gain our trust, these new AI personalities will have to be able to understand context in the same way.

Oren Jacob, a 20-year veteran of Pixar who is now an Engineering Manager at Apple, uses the following metaphor: “One can think of computer conversation kind of like interactive screenwriting. We are writing lines 1, 3, 5, and 7 and then, oddly, we have no control whatsoever over what comes back in lines 2, 4, 6, and 8.” We all know when we reach the limits of our knowledge and have to raise the white flag. But what will autonomous brands do in this situation? Will they too say, “I don’t know”, play for time by looking at Wikipedia, or try to guess?

This will therefore force brands to evolve, making them more complex so they can effectively respond to creative and unique chats with individuals. They will be genuine characters, very similar to human beings with clear roles and nuances.

In coming years, the majority of marketing and creative activities by new brands will be focused on autonomous brands, powered by technologies augmented by AI like natural language generation (NLG) and text to speech (TTS), and constantly looking for new ways to involve people.

AI brands with strong characters and a bit of magic that are designed for uncertainty. For a unique brand experience.