Since 2016, Switzerland has been gradually replacing its banknotes.The latest denomination to be updated is the 100-franc note. To complement the release of the new notes, an augmented-reality app has been developed that provides information about their graphic design and security features.

Switzerland has had a long love affair with graphic design. And the country’s design expertise is internationally renowned. Simple and visually effective lines and typography are the hallmarks of Swiss graphic design, resulting in harmonious compositions and creations. Part of the nation’s DNA, these aesthetic values shine through in the new Swiss banknotes.

One main element and one dominant colour for each note

However, the new notes are radically different in that they no longer feature people, but instead showcase Switzerland’s values. Each note now shows a characteristic aspect of the nation, illustrated by a main motif. This aspect is also represented by an action, a place in Switzerland and other graphical motifs. 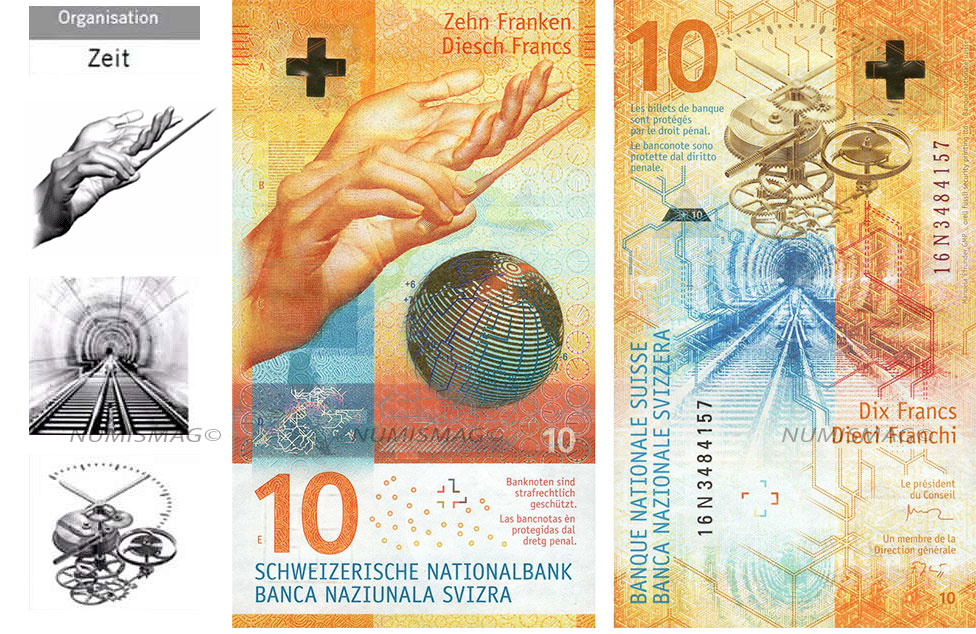 The new notes were created by Manuela Pfrunder, a Swiss graphic designer from Lucerne, who has received many awards for her work, including second prize (shared with Martin Woodtli) when aged just 26 in the design competition for a new series of notes held by the Swiss National Bank in 2005. In the end, her design was judged as the most suitable for production, and in 2007 she was commissioned to create the new series.

Printed by Orell Füssli in Zurich, and now in circulation throughout the country, the new notes are accompanied by a special app that lets smartphone users find out more about the graphic design security features. The app, called “Swiss Banknotes”, was developed by the Swiss National Bank (SNB) and can be downloaded from the App Store and Google Play.

Augmented reality reveals the graphic and security features of banknotes

According to the SNB: “This augmented-reality application works using the camera of a smartphone or tablet. When you point the camera at a new note, the application explains its graphic motifs and security features. These different motifs also appear as enlarged images or animations. The app also works with printed or digital reproductions of the notes. While the app allows you to find out more about the design and security features of a note, it cannot be used to verify its authenticity.

When it comes to security, the app tells us that the SNB decided to develop the Durasafe substrate in partnership with Grisons-based firm Landqart. It’s a three-layer substrate consisting of two layers of cotton paper either side of a polymer core. There are numerous security features. A first test of authenticity involves looking at the globe on the front of the note. If you tilt the note from left to right, a gold arc moves around the globe. If you hold the note in front of you and then tilt it backwards, the globe changes colour. 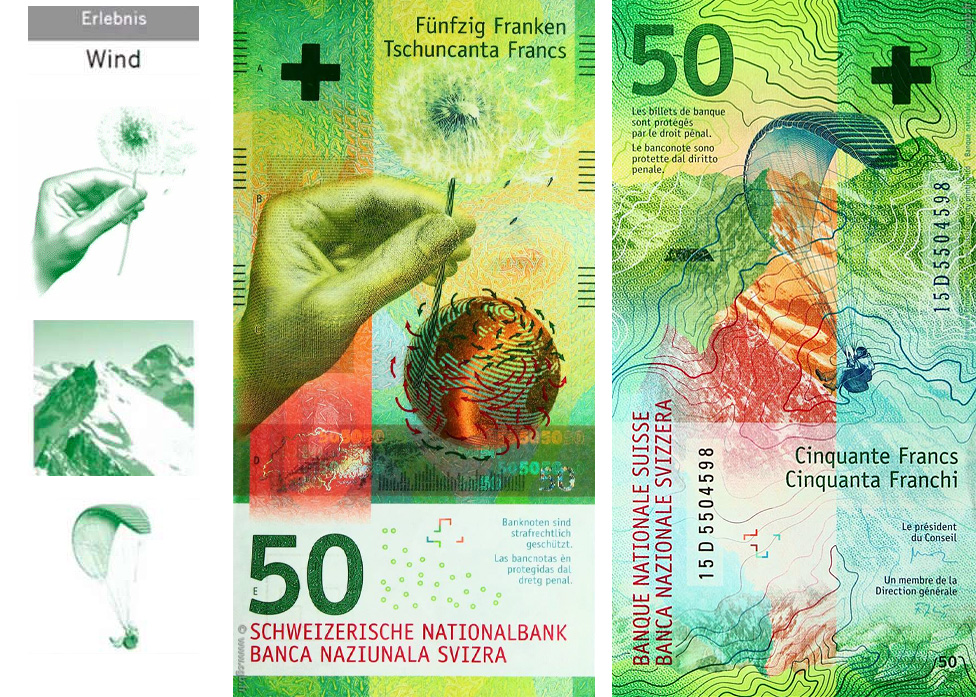 A second test involves the security stripe at the bottom of the note: when you tilt the note from left to right, red and green figures appear on four lines and move in opposite directions. The “Swiss Banknotes” also app also reveals that the production cost of this new series is 40 centimes per note, which is 10 centimes more than it cost to manufacture the old series.

One main element and one dominant colour for each note

In terms of graphic design, we learn that the format of notes in this 9th series runs from 70 x 123 mm, for the 10-franc denomination, to 70 x 158 mm, for the 1000-franc denomination. Each note highlights a theme associated with a main motif and has a dominant colour. The 10-franc denomination features the hand of a conductor waving his baton. With a dominant yellow colour, it also shows times zones on a globe, symbolising Switzerland as part of an interconnected world. On the back, the theme of time is continued with a watch movement. Lastly, a tunnel represents the nation’s extensive rail network, the smooth running of which depends on meticulous organisation and precise timing. 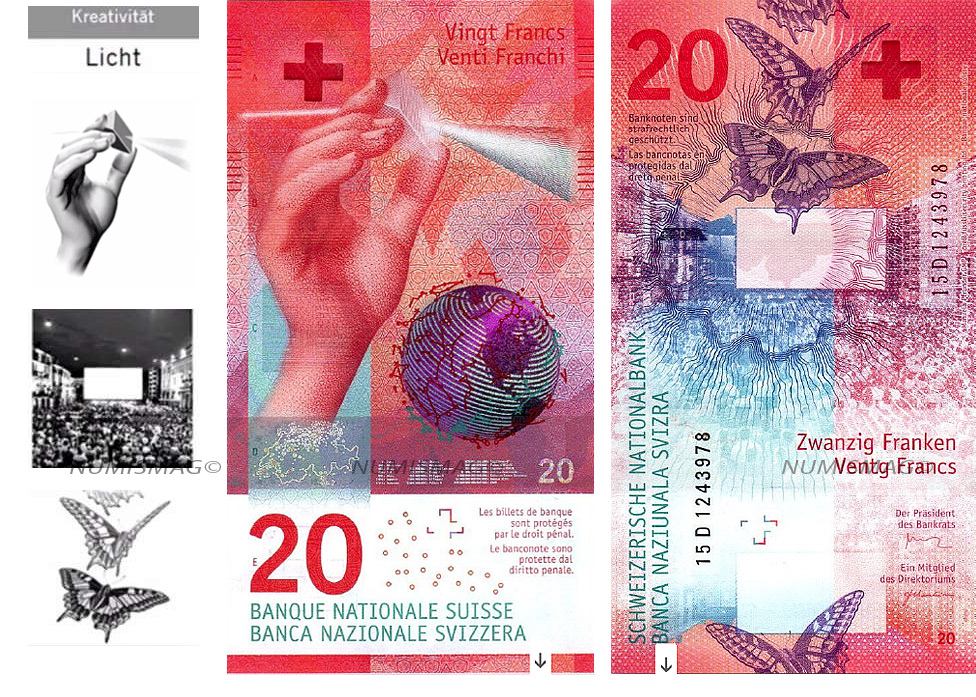