In the late 17th century, Swiss doctor Johannes Hofer first used the term ‘nostalgia’ to describe the yearning for home that filled the soldiers of his country. With the passage of time, nostalgia came to define a collective sentiment for something more than a country – for the culture of another era.

And if there is one era that is currently being recalled with special fascination, it is without doubt the 1980s, characterised by shoulder pads and too much hairspray, but also rebelling against the norms and the desire to show one’s own individuality. It was a highly expressive time, especially when it came to music, art, fashion and design. And of course, typography was also influenced by this explosion of colour, extravagance and neon lights. This was also thanks, in part, to the emergence of personal computers and the first design software, which allowed for risk-taking and experimentation.

Nostalgia for the 80s is what has led contemporary graphic designers to continue to create fonts inspired by the aesthetics of the decade. Some with overwhelming success. Look no further than the poster for the Netflix series ‘Stranger Things’. We at Pixartprinting have compiled a list of the best fonts, most of which are free for personal use.

Pixel-based lettering were very popular in the 1980s, when the digital era was just beginning. They’re associated with gaming arcades where kids spent countless hours.

This font is based on video game machines that were available in shopping centres, bars and arcades, known as arcade machines. 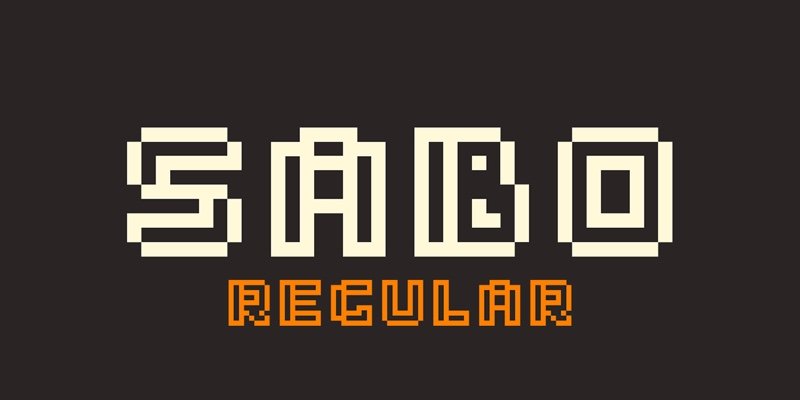 Created by Swiss graphic designer Philippe Moesch, Sabo is an 8-bit pixel font ideal for T-shirts, posters, and any design with a retro arcade theme.

In addition to arcades, another major influence of the time was the emergence of video games, which resulted in a typography style with a futuristic and digital aesthetic in the design world.

Pacman became a global phenomenon in the gaming industry following its launch in the early 80s. This font is based on the original game.

They may seem like a relic to us now, but the fact is that in the 1970s, and in particular the 1980s, VHS was the most popular analogue home video recording and playback system. And today some fonts are still emulating its aesthetic. 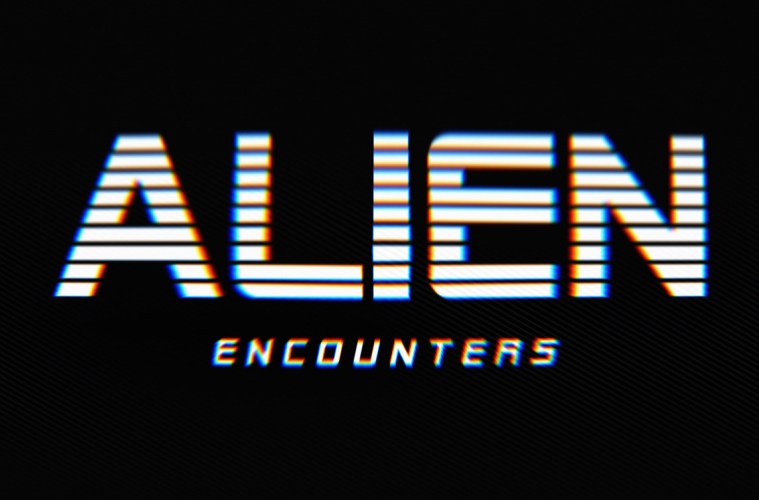 Although we don’t know what it has to do with extraterrestrial life forms, Alien Encounters is associated with science fiction products from the 1980s. It invokes the forward-inclined and horizontal cut fonts of films such as ‘Blade Runner’. 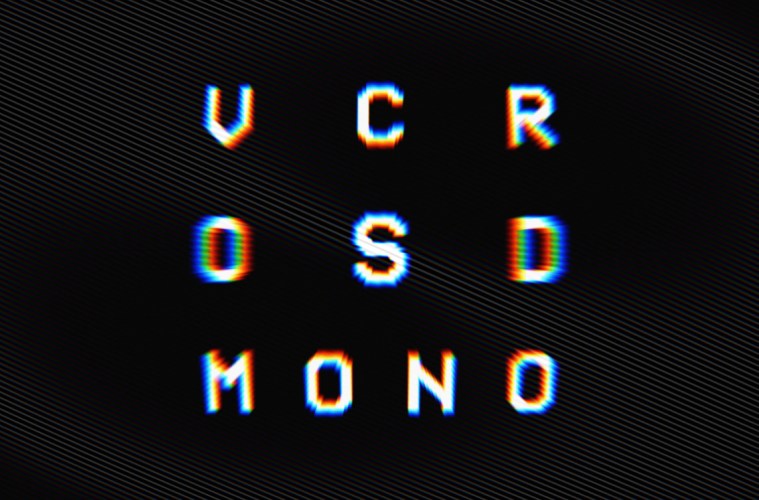 For those nostalgic for the imperfections of worn out VHS tapes, VCR OSD Mono will make an ideal font for contemporary projects with a vintage feel.

Any text that uses neon effects, bright dots or multiple colours for a bold and striking effect can be classified as the type of font that harks back to the 1980s. 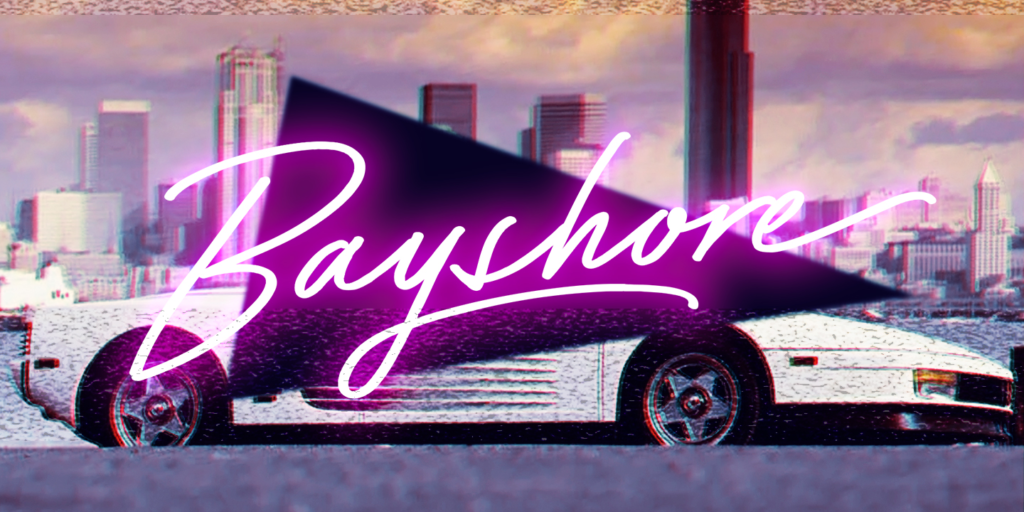 Reminiscent of games, films and music of the era, this font with radical strokes is ideal for giving a retro touch to logos, packaging, titles, headings and posters. 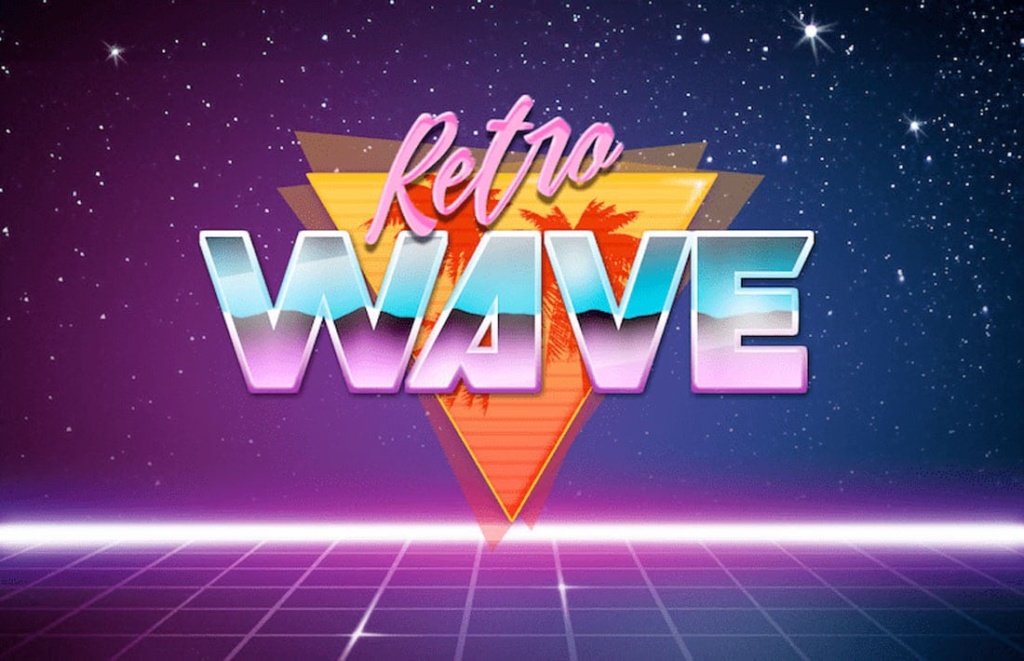 With its flashy colours, this retro 80s-inspired font is particularly suitable for more daring designs. The font includes numbers, symbols and accents.

In the 1980s, many fonts adopted the style of the heavy metal scene of the time, and became popular for both album posters and movie posters. 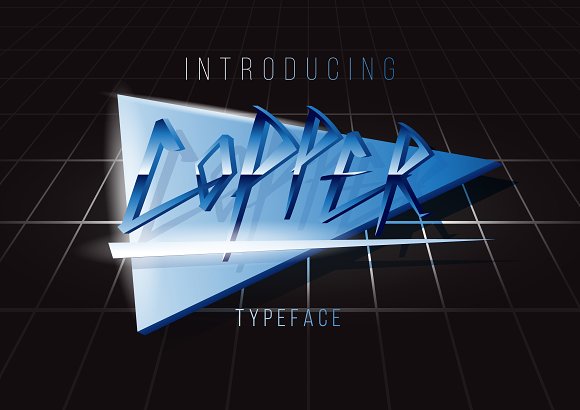 This avant-garde font with tapered strokes and sharp corners works especially well for logos, headers, event posters, invitations and other similar formats in need of an extravagant design.

These days, many graphic designers are making use of retro-futuristic fonts for their projects – simultaneously inspired by modern design trends and the aesthetics of titles and movies of past decades. 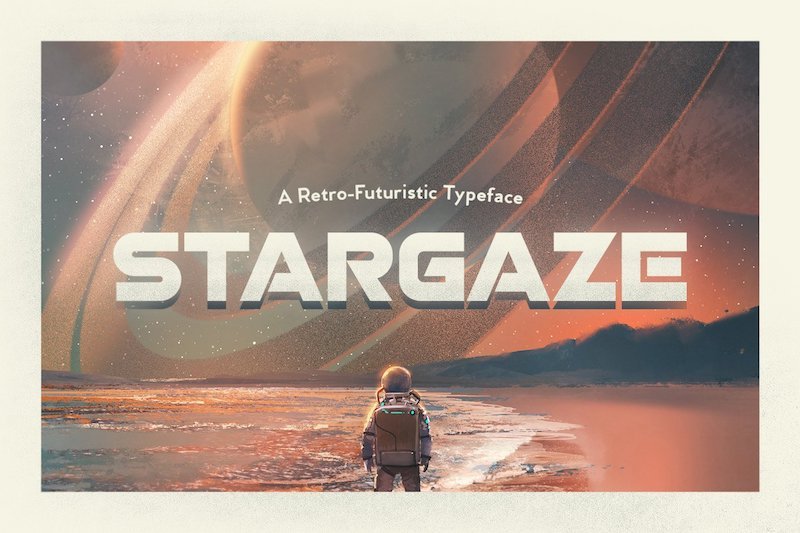 Stargaze has a great style that combines sharp and round corners, like the titles from old science fiction movies. The font includes upper case letters, numbers, and punctuation in several languages.

Lovers of film and television titles from the 70s and 80s will instantly recognise the parallel lines of this font style. It works well for graphic designs and posters.