Captain Alatriste, a veteran of the Flanders tercios who lives as a swordsman for hire in 17th century Madrid, is Arturo Pérez-Reverte’s most famous character. The star of a number of novels, he was also brought to the big screen with Viggo Mortensen in the main role.

In December 2020, Chema Alonso, Chief Digital Consumer Officer (CDCO) of the company Telefónica, wondered if a machine could write like the Spanish writer. This is how the Maquet project was born, an artificial intelligence that can convert any text into the style of Alatriste’s adventures. Once trained, the system finds words that don’t fit Pérez-Reverte’s narration style, and suggests changes to adapt them. This idea originated from a joint project between Telefónica and the Royal Spanish Academy (RAE), to defend the correct use of the Spanish language in the digital world. 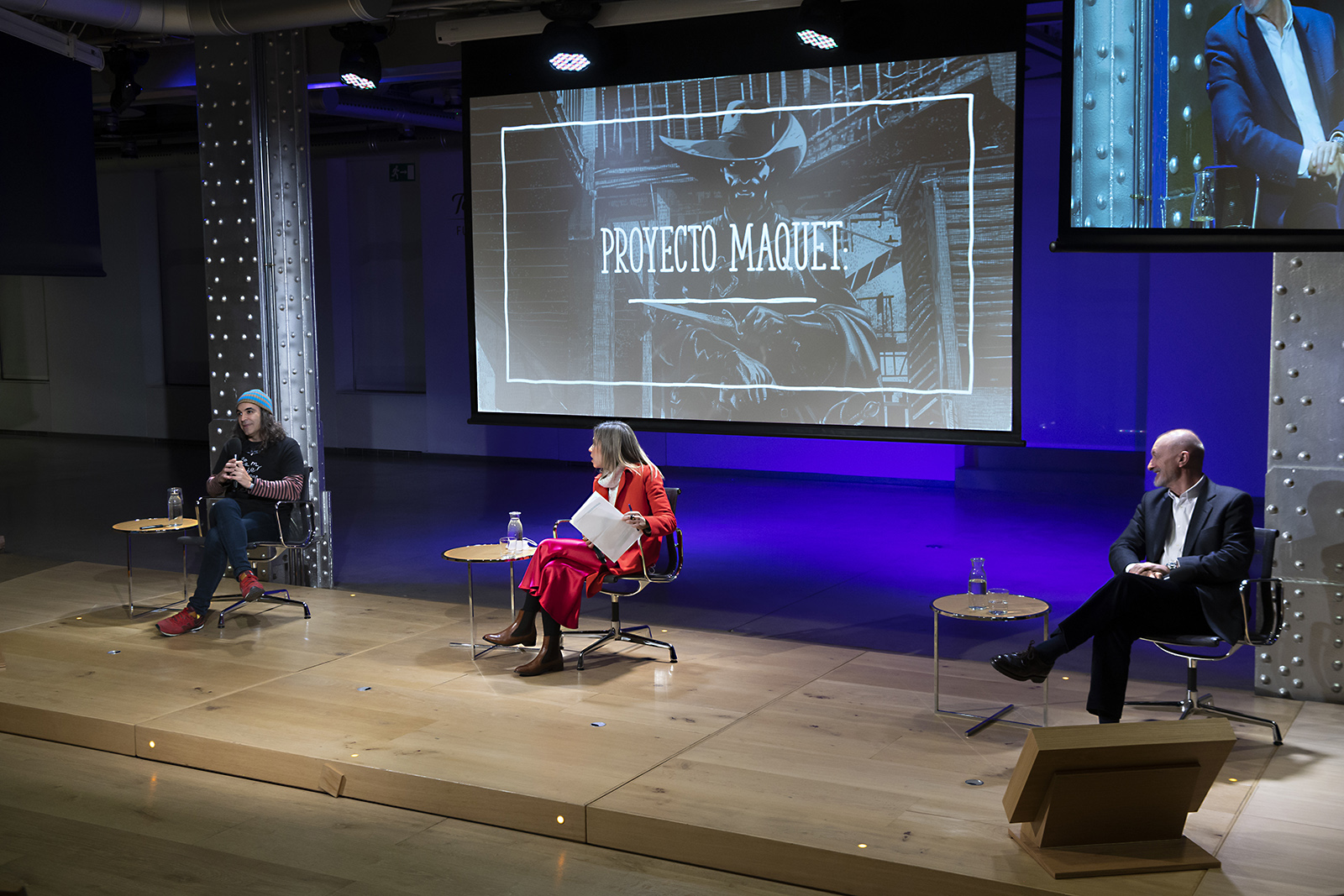 Artificial intelligence is no longer a technology from sci fi movies, but a tool used on a regular basis in all areas of our daily lives. So much so that, according to a report by Facts and Factor, the AI market will experience an annual growth of 35.6 %, which will mean an increase in revenue from 29.86 billion dollars in 2020 to 299.64 billion dollars in 2026. It represents, without a doubt, a great opportunity for the horizon of literary creation.

Maquet is not the first time an algorithm has learned to mimic a writer’s form and structure. In 2016, a group of researchers from the Institute of Knowledge Engineering (IIC) of the Autonomous University of Madrid (UA) introduced NeuroCervantes. The basis of the project was the creation of an “artificial brain” that studied ‘Don Quixote’, a masterpiece of world literature, using deep learning techniques. Using the alphabet, the algorithm learned to construct increasingly complex sentences until it acquired the ability to imitate Cervantes’ style.

Although there are discrepancies about the origin of novels written entirely by an artificial intelligence, ‘1 The Road’ is often cited as the first. In 2017, artist and hacker Ross Goodwin used a laptop, microphone, GPS and camera installed in a car and drove around the United States in an attempt to emulate American novelist Jack Kerouac in his book ‘The Road’, and find something essential to write about from the experience. The book was written based on the stimuli to which the computer was exposed. 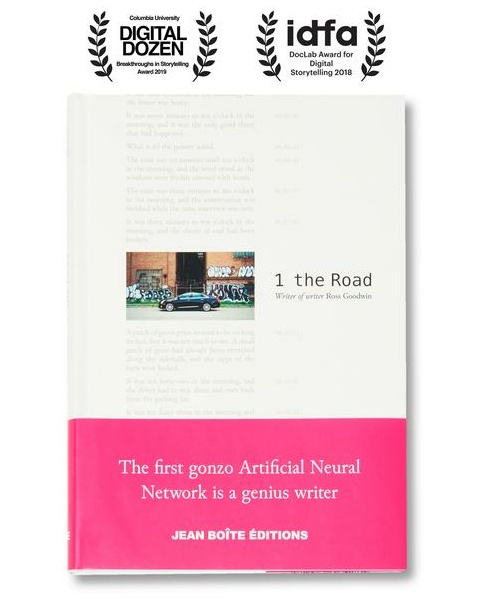 In early 2019, the first scientific publication generated by artificial intelligence came out. Lithium-Ion Batteries: A Machine-Generated Summary of Current Research’, from the academic publisher Springer Nature, is an extensive summary of more than 50,000 previously published articles on lithium batteries. Christian Chiarcos, Professor of Applied Computational Linguistics (ACoLi) at the Goethe University of Applied Linguistics, wanted to make the work of scientists easier, enabling them to save a lot of time in research documentation. The study is also freely available. 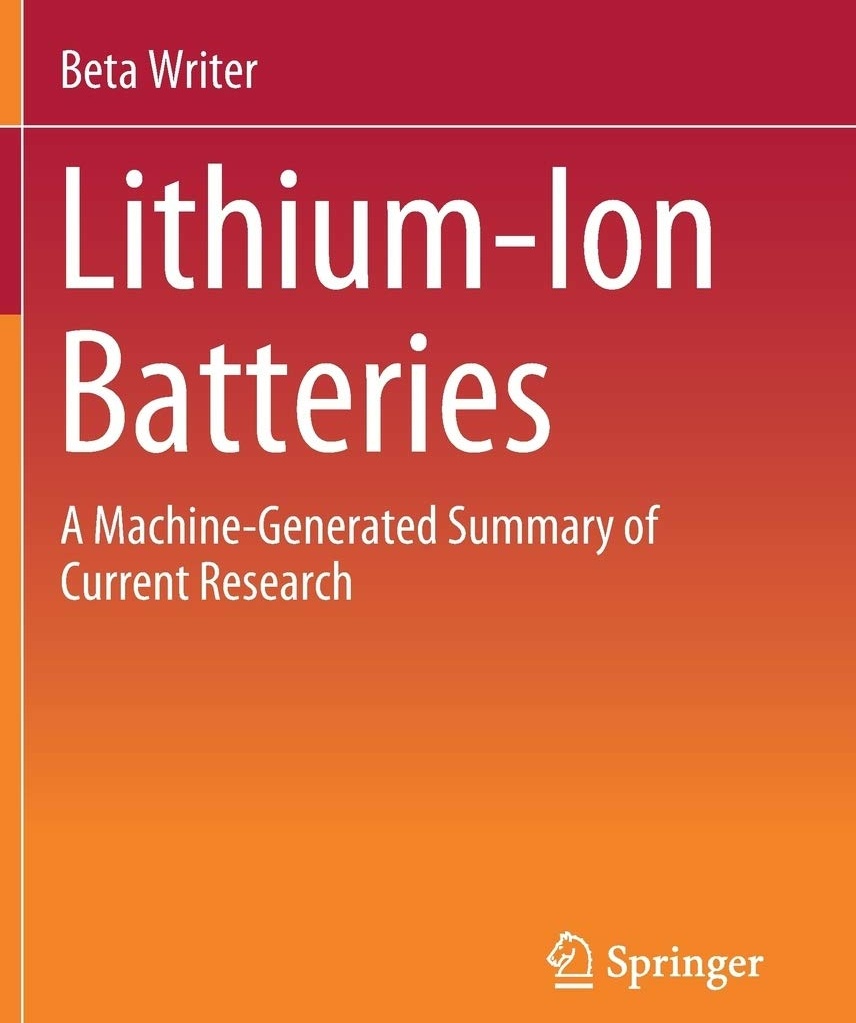 Artificial intelligence is a great ally for writers when faced with the terror of the blank page. This is what Mercedes Ezquiaga thought when, while writing ‘Art will be the future. When creation expands its frontiers’ (2020) and felt that the book needed another chapter, but she wasn’t sure what it should be about. The Argentinean author contacted her friend Esteban Tablón, who runs the artificial intelligence area of a winery, and they set about developing the project in which an algorithm would finish the book. Lucía Funes – the name given to the virtual author in reference to characters by Cortázar and Borges – was subjected to a process of ‘ingestion’ of Ezquiaga’s work and then loaded with knowledge of semantics. They then added a module with a writing function, and another one with a learning capacity. In this way, when it began to write, it was corrected so that it would ‘take notes’ and progress accordingly. It was also given the ability to evaluate itself.

The Google Creative Lab in Sydney, Australia, explores the possibilities of machine learning in collaboration with writers. On their page experiments.withgoogle.com they showcase a range of tools to augment the creative writing process. ‘Between the lines’, for example, helps to find interesting plots; just type the first and last lines of a story and the system fills in what happens in between. ‘Once Upon a Lifetime’ and ‘Banter Bot’, on the other hand, are generators for character life stories. Writers provide information about what the character they are working with is like, and can then converse with them through text.

Although it is more focused on entertainment, there is also a game, AI Dungeon, which allows users to create and share their own scenarios using artificial intelligence. First you choose the genre of the story you want to write (adventure, apocalyptic, fantasy, mystery, zombies…), and within a few seconds the tool writes the first lines and gives control to the user to make a decision. You can play with other people at the same time, and even read the stories that others have written.

Looking ahead, machine-generated literature will provoke enormous debate, from questions about authorship to technical and ethical issues. Can something as genuinely human as creativity be integrated into an algorithm? Can algorithm developers be considered authors? Who is responsible for machine-generated content?