Ever since the invention of printing, ink has been the faithful companion of this technology… although it was often in its shadow. But this viscose substance is fundamental for printing techniques and for the perfect reproduction of images and text on the page.

Today we’re going to pay tribute to ink and its history by revealing  three fascinating facts about this major protagonist in the world of printing.

The ink used by Gutenberg

The innovations in ink technology that have accompanied the greatest inventions in the world of printing are often overlooked.

An example? When, in the mid-fifteenth century, Gutenberg introduced the Chinese invention of movable-type printing to Europe, he started to use oil-based inks instead of the water-based inks widely used at the time. And it was this innovation that ensured the success of his invention: oil-based ink turned out to be much better for inking movable metal type.

The inventions that led to industrial offset printing were also based on a physical and chemical characteristic of ink: the repulsion between the oily substances contained in ink and water. Offset printing (which, together with digital printing, is one of the principal methods used in industrial printing) exploits this peculiar phenomenon to produce extremely sharp results: the parts of the aluminium plate that aren’t inked are kept constantly wet, which enables the ink to be deposited with extreme precision on only those areas which feature the images to be printed.

It may seem odd today, but it took some time for coloured ink  to reach printing worshops! Indeed, for centuries, colour had to be added by hand after printing. Hand colouring remained a widely used technique until the end of the 19th century… some four centuries after the invention of printing!

The first technology that made colour printing possible appeared at the beginning of the 19th century: it was lithography. This is an indirect printing technique that allows an image to be transferred from a stone plate to a sheet of paper. In some cases, plates were inked with coloured dyes and then pressed onto the same sheet: this made it possible to add shades of colour to printing for the first time. But it was only with the advent of zincography – in which the stone plate was replaced with a more practical, chemically engraved zinc plate – that colour printing really took off.

Which brings us to four-colour printing… 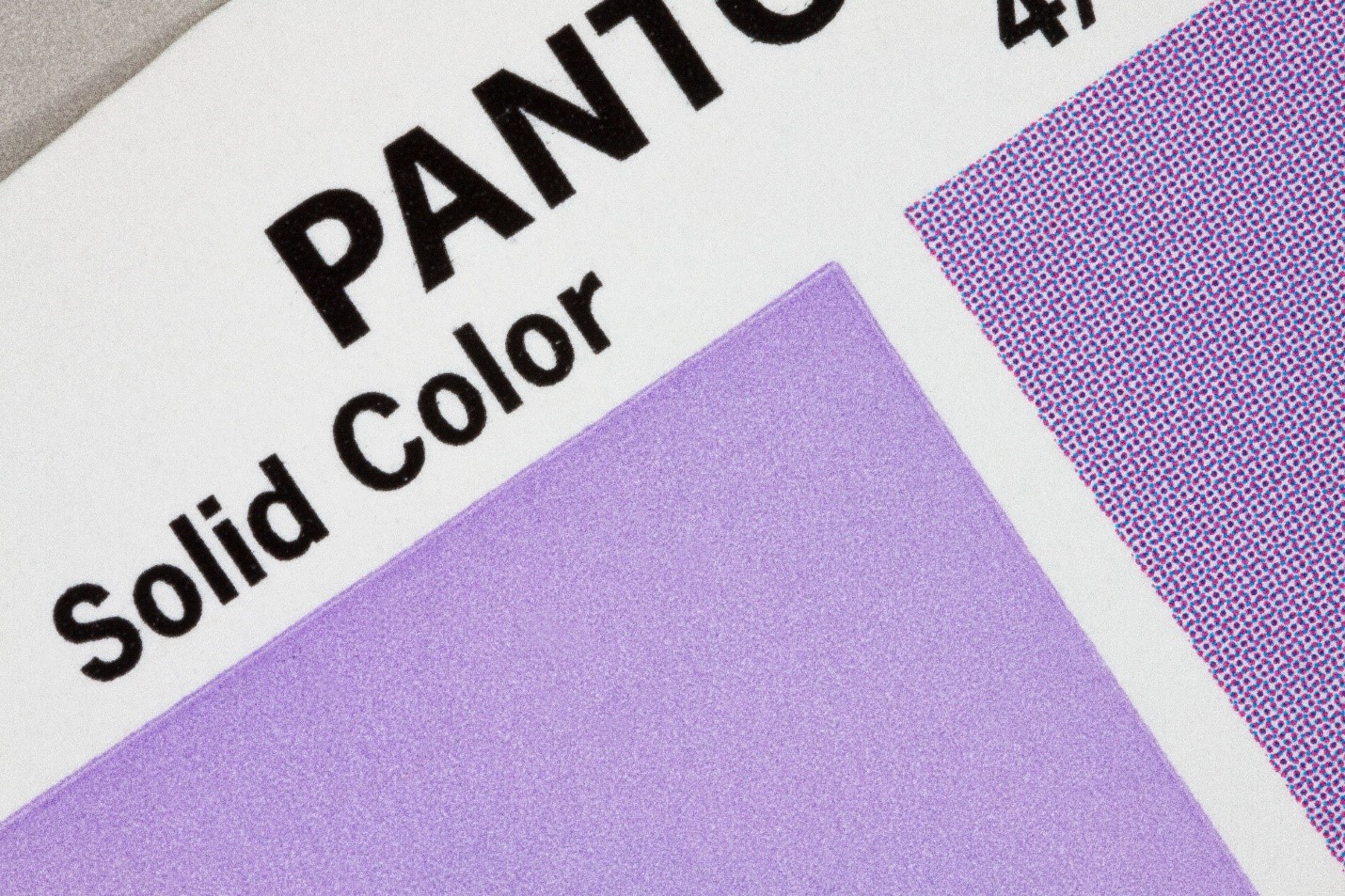 The goal of colour printing is to be able to reproduce on the page any colour that we can perceive with our eyes (the so-called visible spectrum). You may be surprised to know that, even today, the most widely used method for industrial colour printing — four-colour printing  — manages to reproduce less than 70% of the colours that we see!

Four-colour printing overlays four pigments to create as many colours as possible. They are: cyan, magenta, yellow and black (hence the acronym CMYK – where the K stands for “key”, a technical term for black).

Being able to use just four base pigments to create so many colours is extremely cost-effective. Which is why this is the most commonly used technique for colour printing. But as we said, not all colours can be rendered by four-colour printing! Because of this, other solutions sometimes have to be used, like eight-colour printing, in which more colours are added to increase the spectrum reproduced, leading to brighter and more realistic results.

Companies like the legendary Pantone create so-called spot colours: specially created colours that can’t be used in four-colour printing. In its catalogue, Pantone has 1,114 colours made from mixing 13 different pigments (plus black).

However, it goes without saying that printing in Pantone colours is much more expensive than four-colour printing: printers have to specifically order these spot colours and keep them in stock!