Gamebooks: the enduring appeal of an eighties craze

We rediscover a genre that never really died

It’s the mid-eighties and the fact that the reader can choose what happens next to the character in a book was an exciting novelty! The idea of a book where you don’t have to read every page in order was the brainchild of Joe Dever, creator of the most famous series of gamebooks: Lone Wolf! It was an invention that would stimulate the growth of videogames, bring great success to publishing houses  like Bantam Books and, above all, fire the imagination of millions of kids growing up in the eighties!

Like many eighties crazes, gamebooks are still around. In fact, over the past few years, the genre undergone a real revival, helped by Black Mirror: Bandersnatch, Netflix’s first interactive film which for many brought back fond memories of the gamebooks of our youth.

It’s time to look back at this key piece of youth culture from the eighties and early nineties!

We simply have to start here: Flight from the Dark is the first volume of Lone Wolf, one of the first and longest-running gamebook series. A small masterpiece of gameplay, writing and entertainment from the mind of Joe Dever, the Essex-born writer widely considered the father of gamebooks.

Published in the UK in 1984 by Arrows, Flight from the Dark – like the whole series – follows the adventures of Lone Wolf in the fictional world of Magnamund. It’s a fantasy universe in which the forces of good and evil are battling for supremacy, throwing up plenty of opportunities for Lone Wolf to see combat and adventure.

The book has all the ingredients to capture little boys’ imaginations: a map of the northern territories of Magnamund to explore, arms and armour, a description of the skills that each character can use, dark illustrations by Gary Chalk, the dreaded (but easy to cheat) Random Number Table  and, above all, the promise to the reader: the main character is you!

Joe Dever since has made every instalment of the Lone Wolf series freely available online. For those who fancy a dose of nostalgia or just want to discover the series for the first time, you can find the original edition here: https://www.projectaon.org/en/Main/Books

Another gamebook that we recommend dusting off is Sorcery, the four-part series by Steve Jackson that follows the nameless protagonist on a perilous journey to the fortress of Mampang. Gamebook fans will love this short series for two reasons: its difficulty (many have failed to finish the last chapter of the saga!) and the fact that choices made in the previous books continue to shape the character’s destiny in subsequent titles! 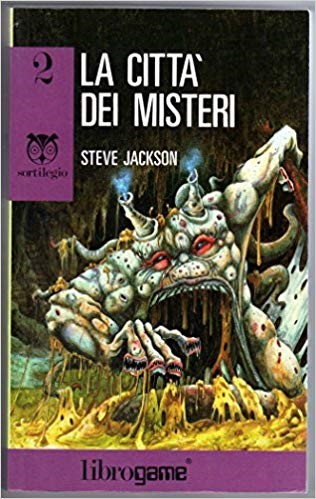 You can play the book in two different roles: as a warrior, a physically strong character without magical powers, or as a wizard, physically weaker but with the ability to cast spells (which have to memorised by the reader!).

If you aren’t able to find an old copy of Sorcery anywhere, don’t worry: you can also plunge back into the eighties through app versions of gamebooks!

Time to swap fantasy worlds for ancient Greece! Classical mythology abounds in the Cretan Chronicles series in which we play the warrior Altheus on a quest to avenge the death of his brother Theseus, who perished at the hands of the Minotaur of Crete.

If you were paying attention at school, you’ll have realised that this isn’t quite how the story went in the classical myth. But his is the only artistic licence taken by authors John Butterfield, David Honigmann and Philip Parker. Otherwise, the mythical world that serves as the backdrop for the adventure is described faithfully with dark undertones and a literariness that won critical acclaim.

This makes Cretan Chronicles one of the more mature gamebooks with wider audience appeal.

The new wave of gamebooks

But that’s enough nostalgia! Did we mention that gamebooks lived on past the nineties? That’s right: in fact, in recent years, new releases have been piling up in this genre. 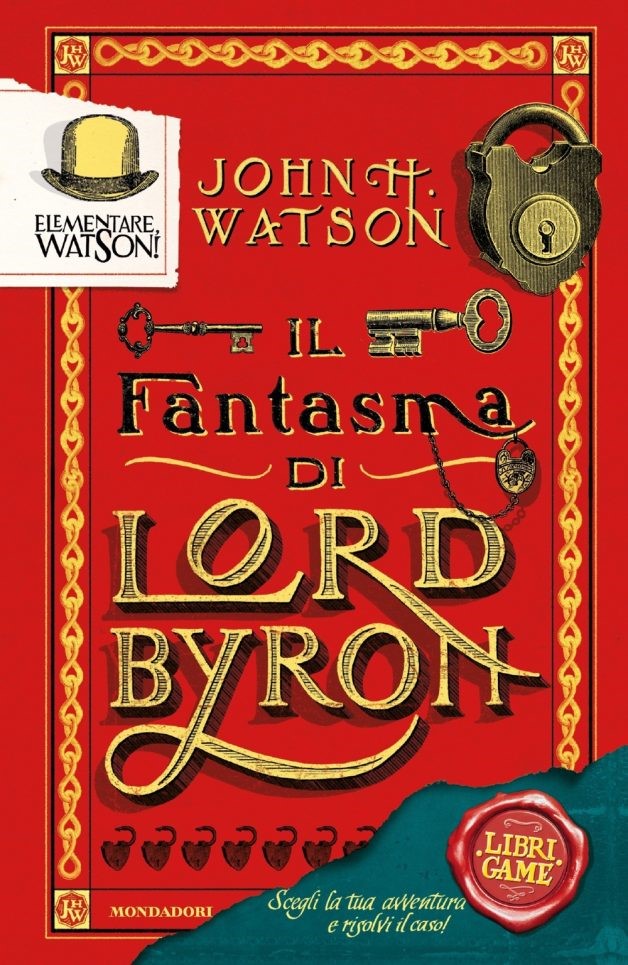 Noteworthy examples are the 2018 reprint of the very first gamebook series — Fighting Fantasy — and the continuation of the Lone Wolf saga. But there are completely new titles too: there’s an Italian series called Elementare Watson! (Elementary Watson!), whose first title is Il fantasma di Lord Byron (The Ghost of Lord Byron). A murder-mystery gamebook, it features multiple paths and endings and follows Sherlock Holmes’ trusty sidekick in the years before he met the famous detective.

So… what will you choose next? Good luck!