5 illustration museums to visit this Christmas

It’s almost Christmas: a time for winter markets, gifts and travel, whether you’re just going a short distance or embarking on an epic journey. And this year we’re once again using it as a handy excuse to suggest some places we think are worth a visit during the Christmas holidays!

Last year we recommended five printing museums to visit in Germany, but this year we’ve broadened our horizons and scoured the whole of Europe to uncover five illustration museums, hidden in towns and cities great and small. They are all magical places, some off the beaten track, and dedicated to the art of illustration in all its forms: from classic illustrations for children’s books to adverts and design.

From London and Madrid to Berlin and Strasbourg, via a small town at the foot of the Italian Alps, we’ve mapped five essential destinations for lovers of illustration and drawing.

The Tomi Ungerer Museum in Strasbourg 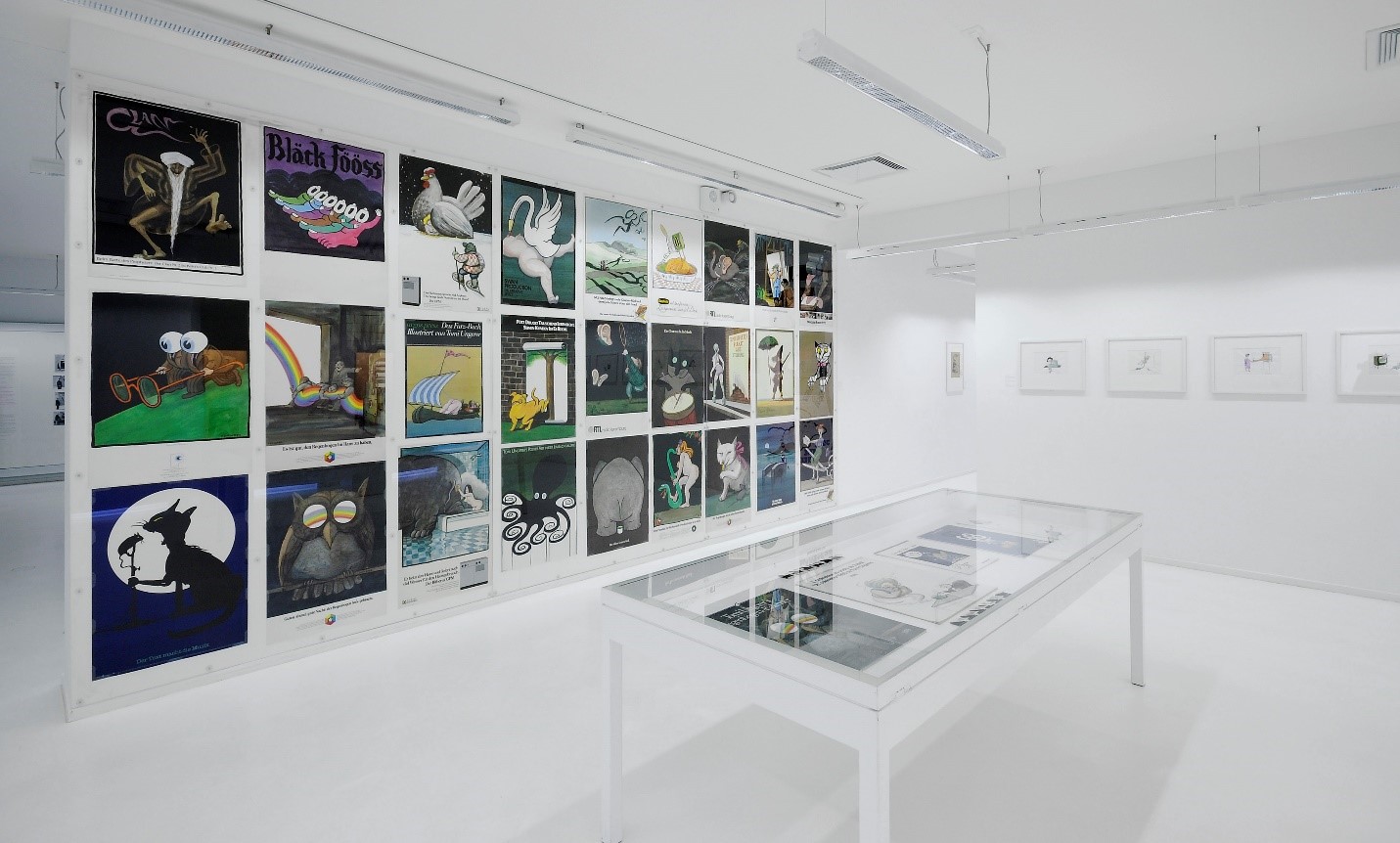 If you happen to find yourself passing through the capital of Alsace during the holidays, in between a tour of the Christmas markets and the region’s wineries we recommend spending an afternoon at the Tomi Ungerer Museum – International Illustration Centre.

The permanent collection showcases over 300 of the Alsatian artist’s original drawings, with another 11,000 works stored in the archives. The programme of temporary exhibitions, dedicated to French and international professional illustrators, is also worth investigating.

The Museo ABC in Madrid

Located inside the original San Miguel brewery in Madrid, which has now fallen into disuse, Museo ABC has one of the largest collections of illustrations in Europe. The museum contains roughly 200,000 works, created between 1890 and the present day by over 1,500 artists.

Over Christmas, the museum offers a packed programme of events to accompany the main collection. On 13-15 December it will play host to Ilustrìsma, a fair that brings together 40 illustrators. Until 6 January you can also admire Pintacuentos, an exhibition of the best contemporary children’s illustration from Mexico. The full programme of exhibitions is available here.

The House of Illustration in London 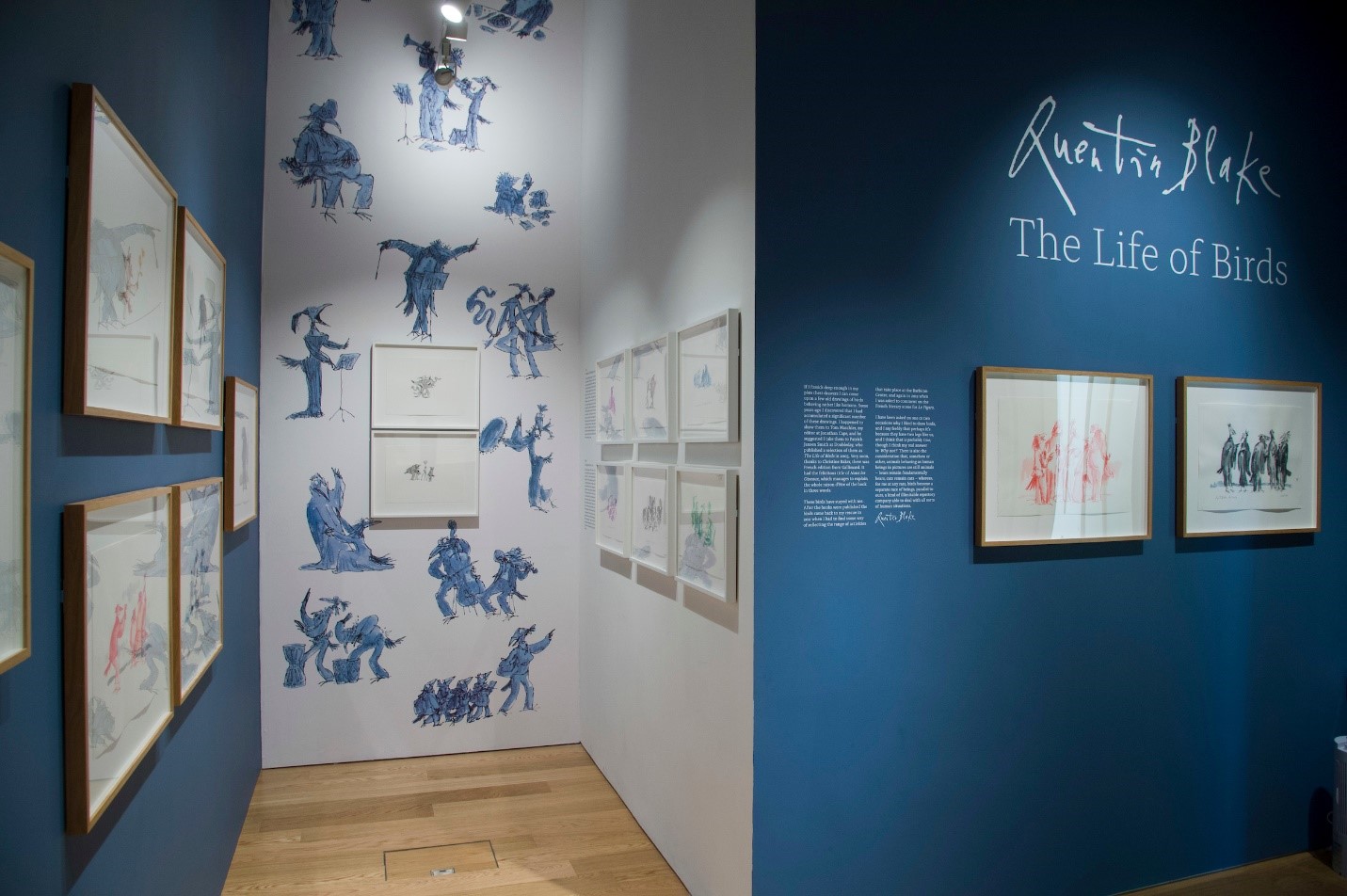 London’s House of Illustration is the only gallery in the UK dedicated exclusively to illustrations. Founded in 2014 by Quentin Blake, the British artist and illustrator known in particular for his illustrations of Roald Dahl’s books, the gallery hosts a series of temporary exhibitions on both contemporary and historic illustration.

During the festive period these include an exhibition of Quentin Blake’s figurative art, featuring 100 drawings, paintings and prints, and Journeys Drawn, a group exhibition with works from twelve artists from all over the world, portraying the refugee crisis through illustrations.

Before you plan your trip to the House of Illustration, we recommend having a look at the wide-ranging programme of fringe events, which include illustration fairs, presentation evenings and courses for both adults and children. 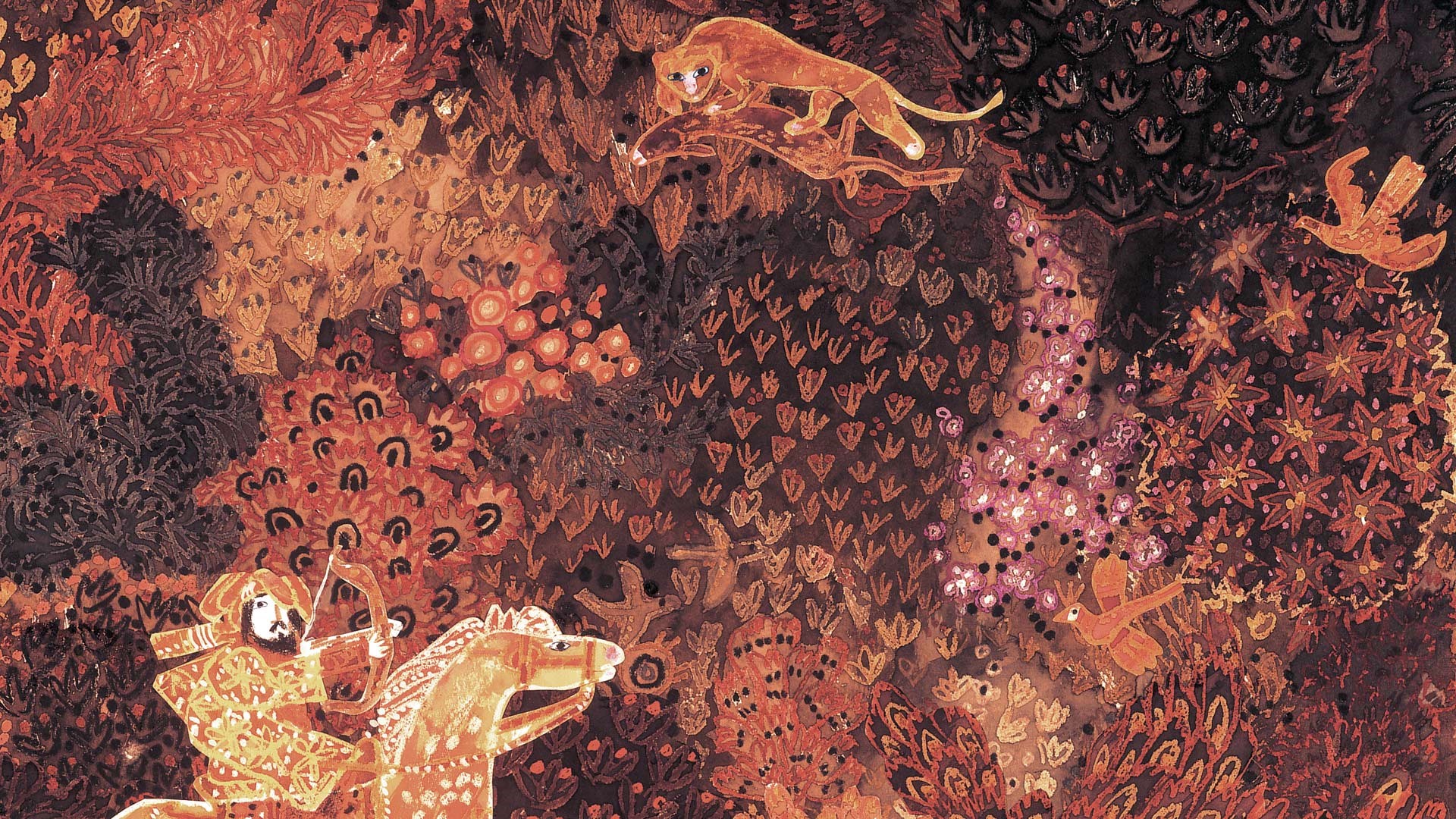 Sarmede, a town with just 3,000 inhabitants on the slopes of the Prealps of Treviso, is transformed every winter into the Land of Fairytales. Since 1983, the International Exhibition of Illustrations for Children, the largest exhibition dedicated to children’s literature in Italy, has been held in the town. The 2018 event welcomes as its guest of honour Józef Wilkoń, one of Poland’s leading illustrators. The exhibition is open until 10 February 2019. The group exhibitions, meanwhile, feature the work of illustrators from all over the world: from Iran and Canada to South Korea and Spain.

The man responsible for turning this small village at the foot of the Alps into a magical kingdom was Štěpán Zavřel, a painter and illustrator who fled Czechoslovakia and in 1968, after endless peregrinations, finally settled down in a farmhouse near Sarmede. In the centre of the town there is the Museo Zavřel, built around a permanent collection of around 80 original illustrations and preparatory sketches by the great Czech artist.

The Ministerium für Illustration in Berlin 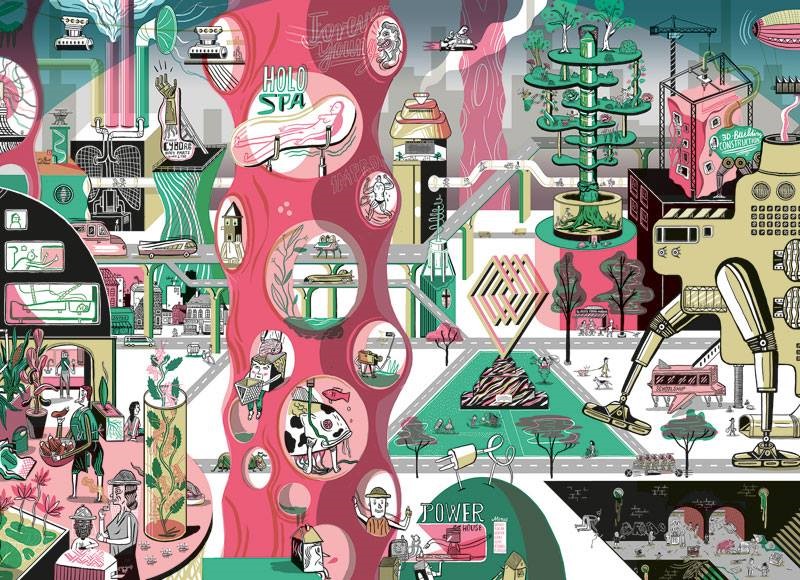 And now for something completely different: the Ministerium für Illustration (Ministry of Illustration) in Berlin. The gallery offers an unconventional space for contemporary illustrators with temporary exhibitions overlapping every two or three months.

The Ministerium – located on Chausseestraße, a Berlin street once split in two by the Wall – is home to drawings, prints and illustrations, providing a showcase for artists and publishers from Germany and further afield. If you’re spending some time in the vibrant German capital, have a look at their schedule!