The digital revolution has brought with it a wave of technical and conceptual innovations and a new generation of creatives, many of whom are unfamiliar with the past masters of advertising copy. At times, the great copywriters of the last century are looked down upon with condescension, as if lumbering dinosaurs.

At other times, they are cited in this or that blog, venerated as great pioneers to be respected, but whose language nobody understands. But what if the work of Bernbach, Ogilvy and Gossage contained valuable and practical lessons for advertising today? In this article, we discover that familiarity with the masters of traditional advertising can still give you an edge, even in a digital context. 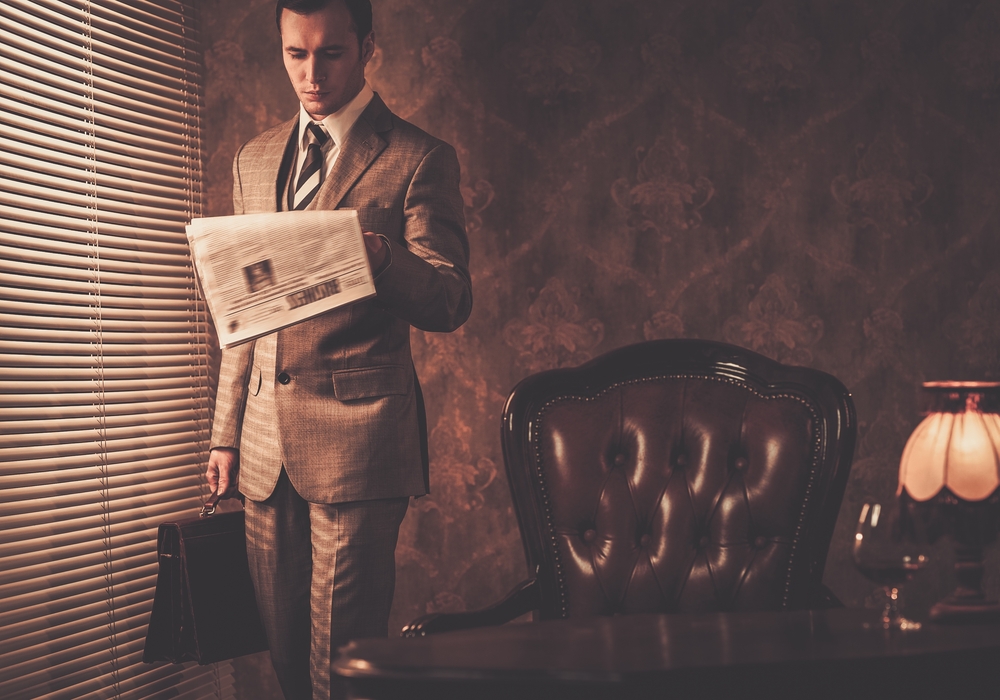 It might appear paradoxical. But looking at the now-faded ad pages created by Bill Bernbach and the copywriters he taught, we can learn much about creating digital content and, in particular, real-time marketing. The lesson from Bernbach is clear and remarkably contemporary (although seemingly not everyone has fully understood it yet): brands cannot ignore the everyday. It’s the day-to-day life of our target audience that brings content alive and makes it credible, because it builds a bridge between the product and reader or viewer. Time to get specific.

Real-time marketing: the importance of relevance

It was 1969 and the world’s eyes were glued on the first moon landing. Taking this context as a starting point, Bill Bernbach’s advertising agency created the perfect example of instant marketing for TV and print, one that would be perfect in today’s digital universe too: an image of the lunar module, with a single sentence beneath that reads: “It’s ugly, but it gets you there“. The allusion, which we understand from the Volkswagen logo at the bottom of the page, is obviously to the Beetle.

There is 100% relevance between the event (context) and the surprising and witty message; something that you don’t always see in real-time marketing content these days. Sometimes, the link between the product and the event is absent or so tenuous that it doesn’t interest the audience. Context is fundamental, Bernbach tells us, and using it in a way that is relevant to the product is a principle that should guide all modern content.

Say less to say more. We learn how with Ogilvy

In Bernbach we find complete control of every aspect and a remarkable graphic economy. In the best ads by David Ogilvy, on the other hand, there’s always something elusive and evocative. Stories don’t end with the advert but seem to have a life beyond. This is story appeal, one of the fundamental principles in storytelling.

From Ogilvy, we discover that in product categories such as luxury goods, perfumes, fashion and design, the temptation to explain, describe and demonstrate should be resisted. Instead, it’s better to whisper, suggest and allude. Let’s see what practical teachings we can take from David Ogilvy in today’s world.

A single detail can be all you need to show to convey the allure of a luxury car. Ogilvy used the ticking of the clock – the only sound that you heard at sixty miles an hour in a Rolls Royce – to underline the brand’s value proposition. “Brad is single.” announced a recent advert that appeared in newspapers and on digital platforms: it’s a successful example of contemporary instant marketing from Norwegian Airlines. At the root of this campaign, it’s easy to see the lesson from David Ogilvy: companies and creatives must resist the temptation to say too much, to explain the message. It’s this short and to-the-point white text on a red background that makes what isn’t said explosive.

Of course, what we’ve just seen can also be applied when creating content for long-term campaigns to publish as part of editorial plans spanning several months. Ogilvy teaches us to plant clues sparingly, never revealing too much, so that the public are intrigued and engaged, like in a well-written crime thriller. Remember that endless series of ads for Hathaway shirts, each featuring the man with the black eye patch, and never explaining how he got it? Why not use the same strategy for your next campaign?

What if David Ogilvy’s legacy were also applicable to long-form content for the digital world? The very best examples of the Ogilvy style strike a delicate balance: an intriguing headline/visual combination draws in the reader, while long and persuasive bodycopy sets out all the reasons backing up the promise made. At the end comes a clear and precise call to action.

In the same way, a web writer or copywriter writing a long blog post would do well to resist the temptation to use tried and tested headline formats that readers are familiar with and instead opt for headline/image combinations that work on a more emotional level. In practice, you create a desire for knowledge in the reader that elicits an emotional reaction, then you back it up with data and reasoning. And lastly, you present them with a call to action which, if your message is well crafted, the reader finds clear and coherent. And now, why not move on to the next and final paragraph? 😉 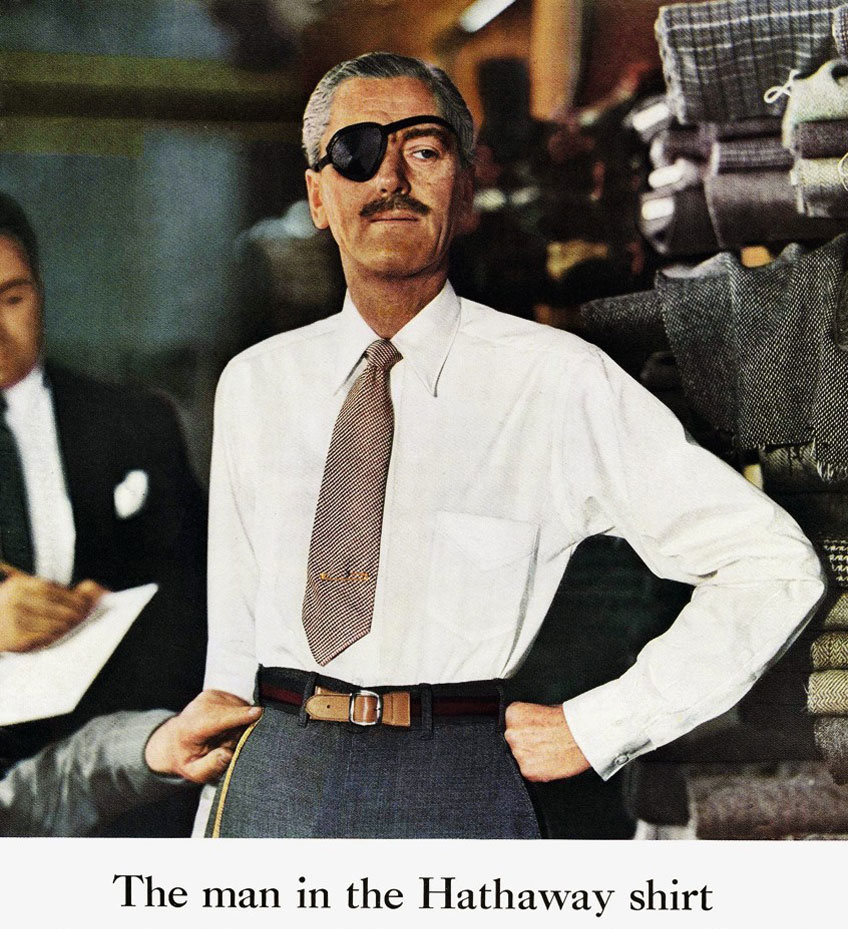 First the idea, then the medium. The lesson from Gossage

Following the digital revolution, idea development has become channel agnostic. Where in the past creatives would develop ideas specifically around a given medium – “We’re doing a TV ad” or “We’re running a newspaper ad campaign” – today concepts are media neutral, in other words, they can be used in any media, and will only be deployed in print, on TV or through social media as and when necessary to reach a specific target audience.

More than anyone, it was Gossage who showed us how to think “outside of the box”, in other words, to consider ideas that cross media boundaries, and, in some cases, deliberately blur them. Gossage taught us to write and develop advertising by thinking about people first and only then tweaking messages to fit different channels. Of course, our ads should work on Google and Facebook, what happens if the public find it unengaging, boring and irrelevant? 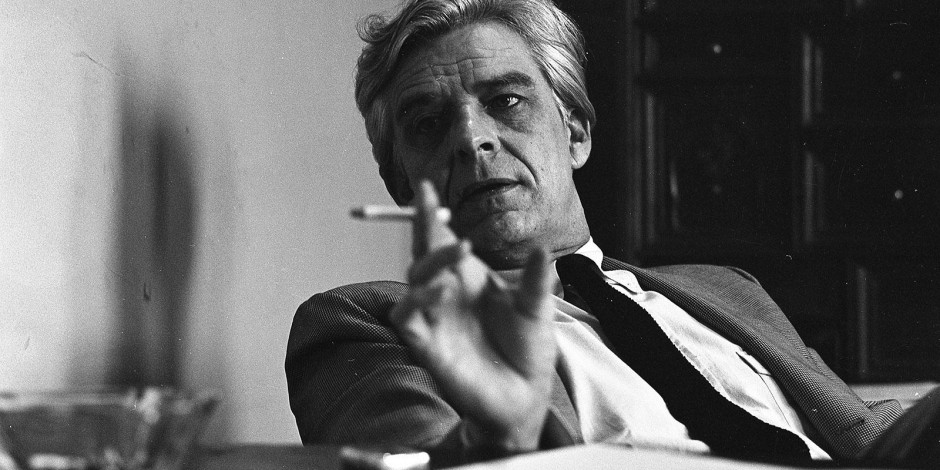 Breaking the mould to reach the audience

In the digital era, we have to learn how to really reach the public. To succeed, sometimes it isn’t enough to do things by the book, following the rules of the platforms and media we’re using. Some free thinking and a bit of Gossage’s disobedience helps to do work that gets closer to people. The Burger King campaign that dared Facebook users to unfriend people to win a Whopper is a perfect example of Gossage’s willingness to challenge the rules of the medium, and it can be a powerful weapon for you too. It’s with this milestone in digital communication that we conclude today’s article. But not without a call to action, of course: which is to dig into this blog series, the Internet and bookshops for more lessons from the masters.

Printing techniques you should know

Creating a Morning Routine to Build a Better Mindset for Business