If you could walk back in time from 1990 to now you would barely be able to recognise the daily life of a graphic designer. Although at its heart we are all still creating designs and imagery to entice customers, the way we do it has vastly changed.

Picture the scene: a graphic design classroom in a UK art college in 1990. What do you see? I can tell you what it was like as I was there. A room full of free-standing drawing boards, each with a fishing box full of markers, pencils and paints. There wasn’t a computer in sight.

Although the design industry had switched to digital several years before, colleges were taking a while to catch up and the costs were high. We had one computer room with about 15 tiny screened black and white computers that were shared between most of the art college, which I guess was several hundred students. Back then the design industry was using the layout software Quark Xpress, but the college only had one copy that was being learnt by the lecturers.

To add computer generated text to a hand created design you would use a software called Freehand (similar to Adobe Illustrator). But, there was no colour printer to output it. Instead, you’d print the text out in black and white and use the Omnicron machine. This was a strange contraption that looked a bit like a laminator. You would take a sheet of Omnicron colour and place it over your black and white print. Then you put it through the machine and the colour would stick to the black. Well, that was the theory anyway, often you were left with a slightly patchy black and colour effect.

Any photographs you needed for your design were taken with a 35mm camera. If it was black and white you would develop it yourself in the dark room. Alternatively, you would take a colour film to a photo processor. 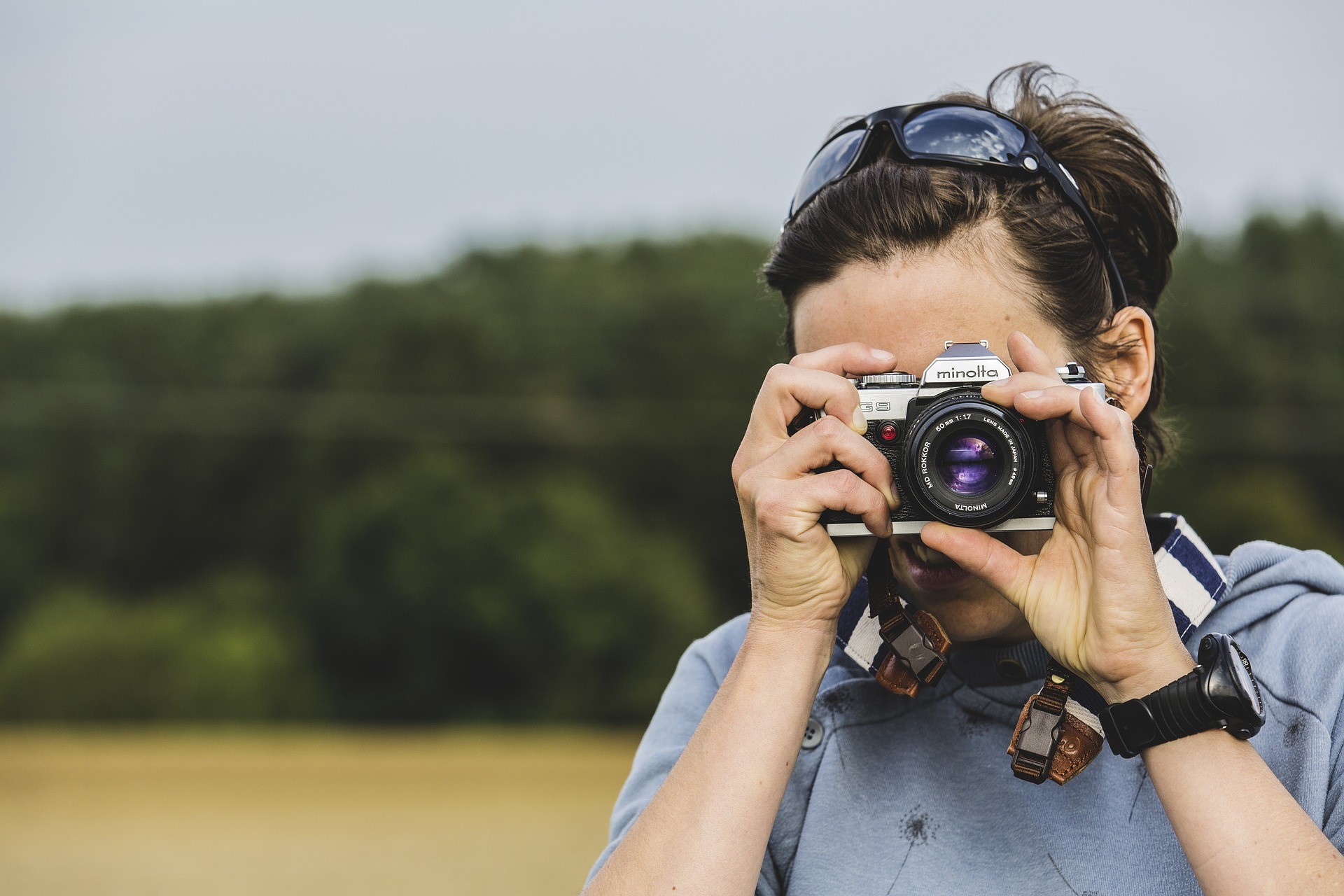 Being a Junior Graphic Designer 1992

I got my first job as a graphic designer in 1992, working in the marketing department of the college. It was straight in at the deep end and on to my very own computer. Not only did I not have to share with anyone else, but I also didn’t know how to use it.

As I mentioned before, Quark Xpress was the main software of the time and I was quickly shown the basics of how to get started. My Apple Mac was a chunky box with a tiny rounded screen, though if I remember correctly this one was full colour, which was a step up. It didn’t have the capability to run Photoshop, which required a lot of processing power.

The first job for any designer is always daunting, but this was going from having 6 weeks to design a poster by hand to 6 hours to create one on a computer that I didn’t know how to use.

Looking for a job back in the mid-nineties was very different to now. Things were a lot simpler and there were pretty standard requirements. As long as you had some design experience the only software you needed to know was Quark Xpress, for page layout, Photoshop and illustrator/Freehand. The internet wasn’t mainstream yet, most people, including myself, hadn’t even heard of it.

There were no adverts for web designers or any of the spin off careers that emerged later. So the job adverts would simply be for graphic designers of varying levels or Mac Operators. Mac Operators were generally considered to be people who knew how to use a Mac and the software, but didn’t necessarily have a flair for design. They might work on projects once the designer had done the initial concept work.

The Mid 90s as a Graphic Designer

In the mid nineties there was still no easy way to get your designs approved. Email hadn’t really been adopted much yet. When you had designs or amends to show your client you had 3 options: 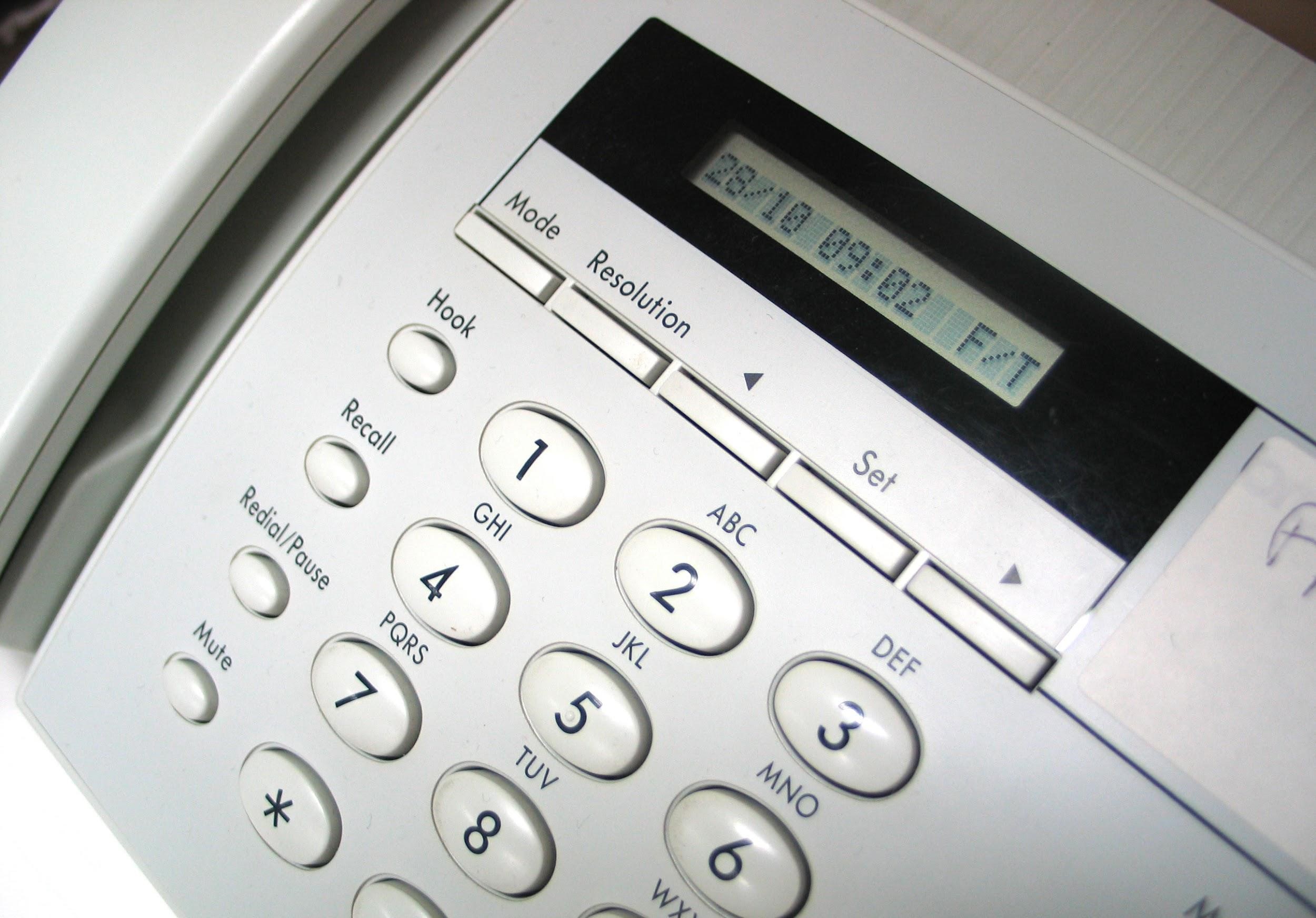 Faxing was a terrible option, half the time your client couldn’t read everything. Sometimes you would even have to make a fax-friendly version of the job by removing images so it could be read more easily.

Up till now if you wanted images for your design project (pre-internet) you could create your own illustrations, commission an illustrator, hire a photographer or create a type and colour only design. It was around this time that royalty free image catalogues emerged. You could flick through the catalogue to find potential royalty free images. Each image would cost around £200 to use. If you opted to use a photographer, they would usually supply you with transparencies, which you would then send out for professional scanning.

A lot of projects around this time were designed in one or two colours which was much cheaper to print at the time. There was very little digital printing being done yet. Before a job was sent to print it would go to the repro-house. This is where your files would be turned into films, which would eventually be used to make printing plates. These were like large sheets of clear acetate with black ink printed on. There would be one film for each colour. Sometimes clients weren’t prepared to pay for a colour proof, so you would have to try and spot any errors on the films, which was not an easy task.

The Mid to Late 90’s as a Graphic Designer

I can remember the moment I first found out that Photoshop now had layers, it was like a miracle. That was after my boss explained what exactly layers were. Prior to that whenever you manipulated anything in Photoshop it was permanent. The only way to work around it was to save lots of versions of your work at different stages. Even though “layers” were a huge advancement, the Macs of the time were still struggling to cope with the processing power required. It wasn’t unusual to move a layer, then to go get yourself a cup of tea while you waited 15 minutes for the computer to finish the job.

It was also around this time that the “internet” was becoming more popular and web design started to become a new area of development. Back then websites were being built statically with HTML and it was still a fairly specialist area. In 1998 I can remember the design company I was working for buying me a modem as a leaving present and I thought “What on earth do I want this for?” Having never really experienced the web, I discovered the joys of dial-up internet, which although frustratingly slow, I could see held a lot of potential.

Around this time email was becoming more mainstream in design businesses. In the design companies where I worked, it was usually only on the computers of the management who did all the client liaison.

Lower cost consumer digital cameras were now available. Although at the time they only had a resolution of 1-2 megapixels it was a real advancement for creating visuals. If you wanted a photo of a building you simply went out and took one, knowing you could get a professional photographer in later. Photographers around this time were also switching over to high-resolution digital cameras which speeded up the process and cut out the need for scanning.

Istockphoto was first founded in 2000, I discovered it a few years later (pre acquirement by Getty Images). Prior to Istockphoto if you wanted a photo for your design you either took one yourself or paid £200+ for a royalty-free image. Istockphoto provided royalty free images for $1 each. This made them economical enough to use in visuals, rather than low resolution watermarked photos from other sites. While this made a designer’s life a lot easier, it also had its downside. It meant that designers were all using the same pool of images rather than creating their own. Personally, I went from producing a fair amount of illustration work to very little. When time and budgets are tight, clients ultimately opt for a cheap, decent royalty free image rather than paying for a bespoke illustration or photograph.

One big thing I also remember around this time is that Quark Xpress started to lose hold of the page layout market. Indesign 1 was released in 2000, but didn’t take off straight away. When it was bundled with Photoshop and Illustrator designers started to swap over. I tried a very early version of Indesign that didn’t work very well which put me off changing for a long time. When you know software inside out it’s always daunting to start from scratch, especially when you are sending work to print which means mistakes can be costly.

When I first began freelancing in 2003 Broadband wasn’t available where I lived and artwork files had to be posted to clients on CDs. There were a lot of visits to the post office! The arrival of Broadband a few years later made this a thing of the past.

WordPress was created in 2003 and has increased in popularity ever since. Not only did it make it easier for a non-techie person to put up a website, it also worked well for designers. Some designers also built businesses around it by making WordPress templates and frameworks. Job adverts also started asking for web experience as well as Quark, Photoshop and Illustrator

So much has changed even in the last 15 years. Smartphone and tablet devices have created totally new jobs for graphic designers in the areas of UI, UE and game design. Web designers now have to design with mobile in mind as much if not more than a desktop device. If that’s not enough there’s also video and motion graphics to consider learning. With Adobe switching to a totally subscription based service for its software in 2013, it meant that designer now had a wealth of different software options included in their Creative Cloud subscriptions.

With the growing popularity of iPads and tablets, new apps to design on the go have emerged. Who can forget the apple pencil too which allows you to create high-resolution illustrations by drawing on screen, something I wanted for a long time.

You don’t even have to pay for royalty free images anymore. Royalty free image sites like Pixabay and Unsplash provide images for free that would have cost a couple of hundred pounds twenty years ago.

What’s great now too is that anything you need to learn you can do so with a quick Google search or by joining an online course. How I wish that had been the case in 1992 when I got that first job, with software I didn’t know how to use.

I wonder what’s in store for graphic designers in the next 30 years?