On the Ikea website, in the section where you can design your own sofa, there’s a button that lets you download a font. That’s right, an actual font that you can download for free and install on your computer. But what’s behind this move?

It all started with planners. A few years back, thanks to advances in browser and 3D software technology, Ikea introduced planners on its site (https://www.ikea.com/gb/en/planners/). These allow you to configure a room in 3D to give you a very precise idea of how to layout the space and which furniture and accessories to buy (as well as telling you exactly how much everything will cost). 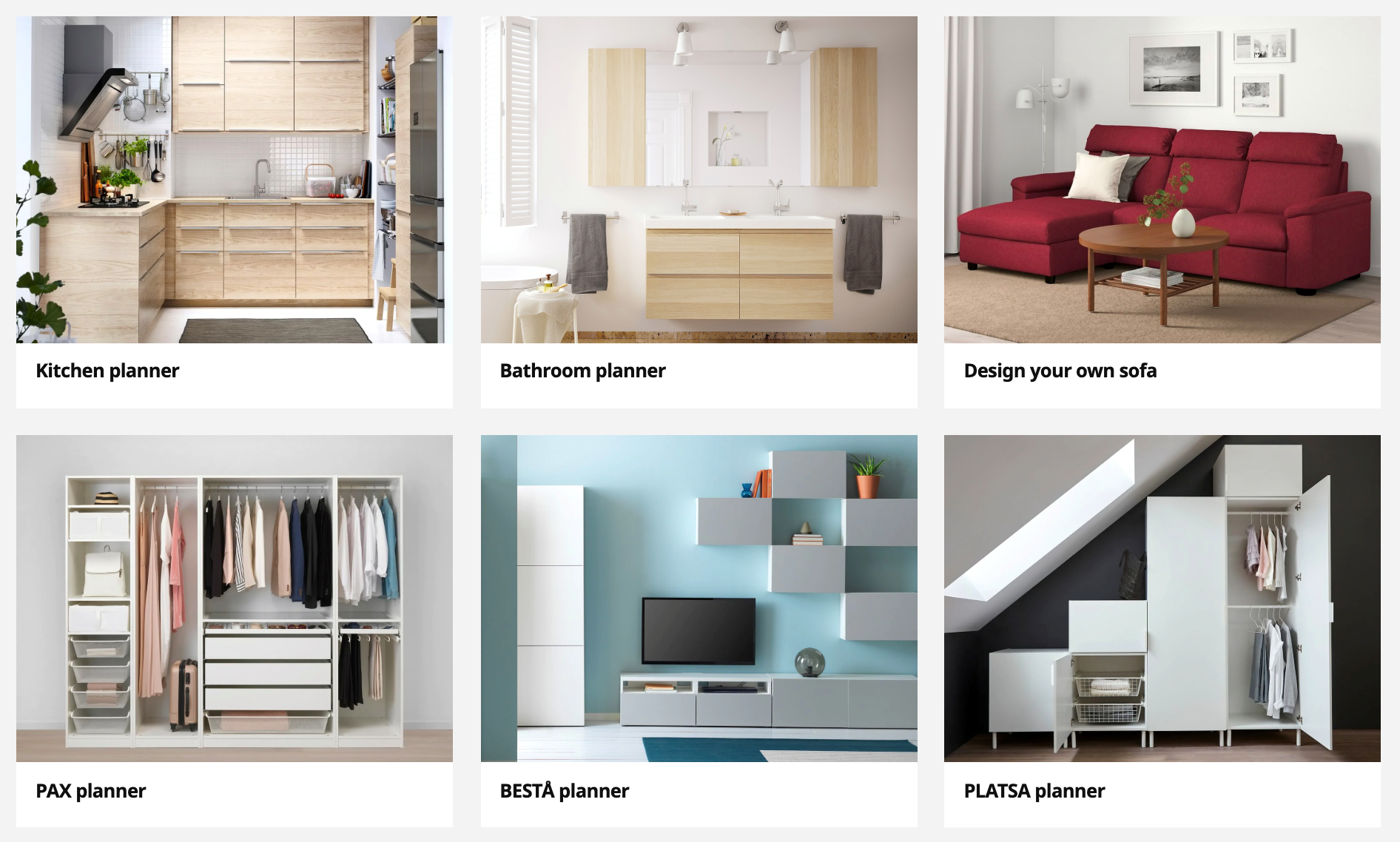 There are planners for the different rooms of the house, as well as for specific pieces of furniture, including wardrobes, cupboards, beds and sofas. The sofa planner shot to fame in the summer of 2019 when Ikea asked its followers to share their creations on Twitter.

Twitter memes: the sofa planner indulges the fantasies of users

With the release of a tool for configuring some of its modular sofas (Vimle, Grönlid, Vallentuna, Söderhamn and Lidhult) in June 2019, Ikea had an unexpected and viral success on its hands. Many users shared their layouts, unleashing their creativity and indulging their fantasies (not being limited by space or cost).

Many submissions were in the style of simulation videogames, like The Sims or Minecraft, pushing the tool to its limits.

The idea for a font: inspired by web users

The reactions of Twitter users inspired Marcos Tejedor, living rooms sales leader for Ikea UK and Ireland. Tejedor was pleasantly surprised at users’ imagination and the creative solutions they came up with.

So Ikea United Kingdom then began a collaboration with customer experience agency Proximity London (https://www.proximitylondon.com/), which resulted in the launch of Soffa Sans at the end of June 2019.

The font is made from configurations of Vallentuna Hillared sofa modules, with dark grey as the default colour, and billed as the world’s comfiest font. 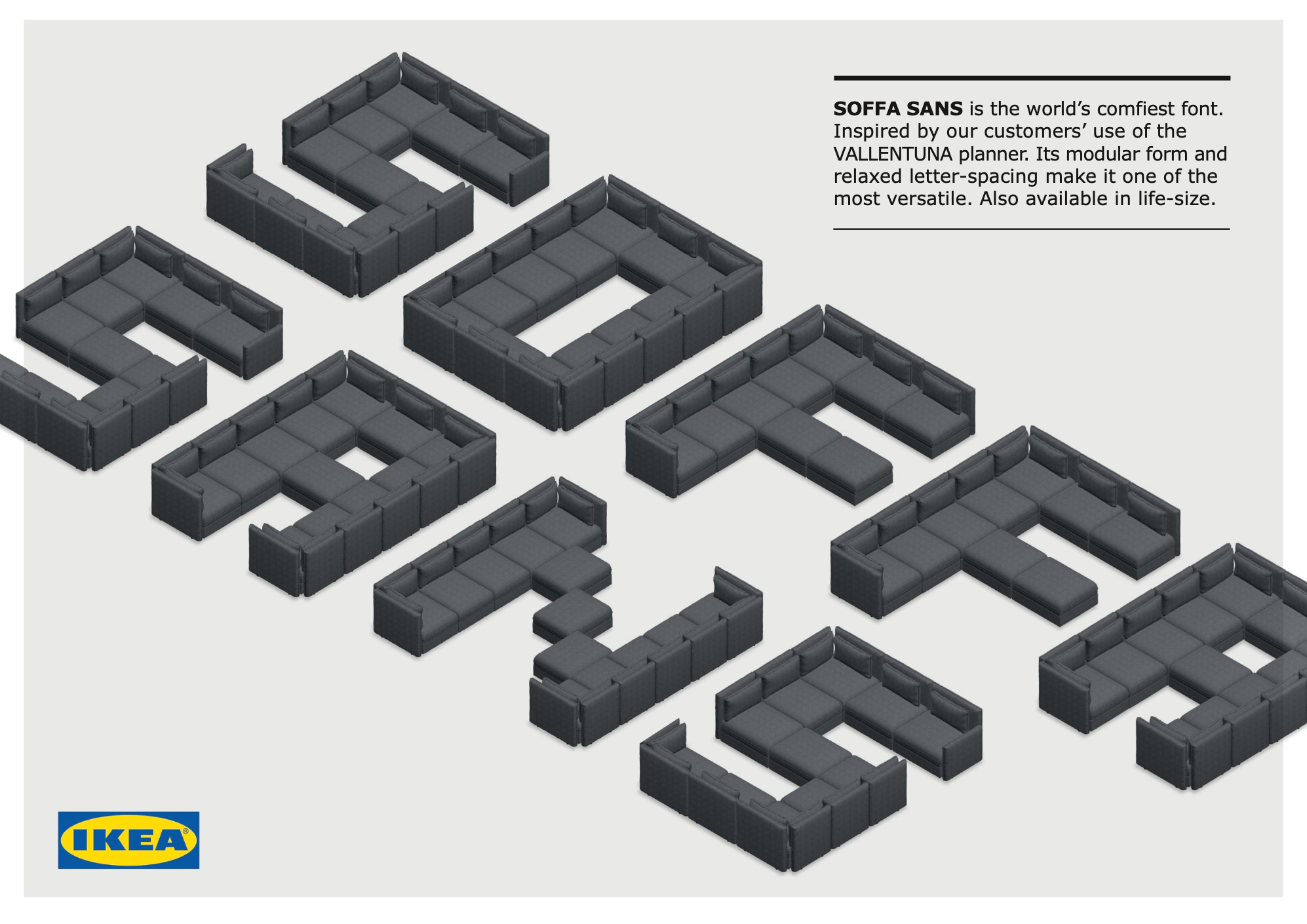 As well as the font, which you can download and install on your computer, you can also download its technical specifications. These describe Soffa Sans as a display font (i.e. for use in large sizes for headings) that is available in white, blue and dark grey. The font has two versions, one isometric, the other birds eye view. 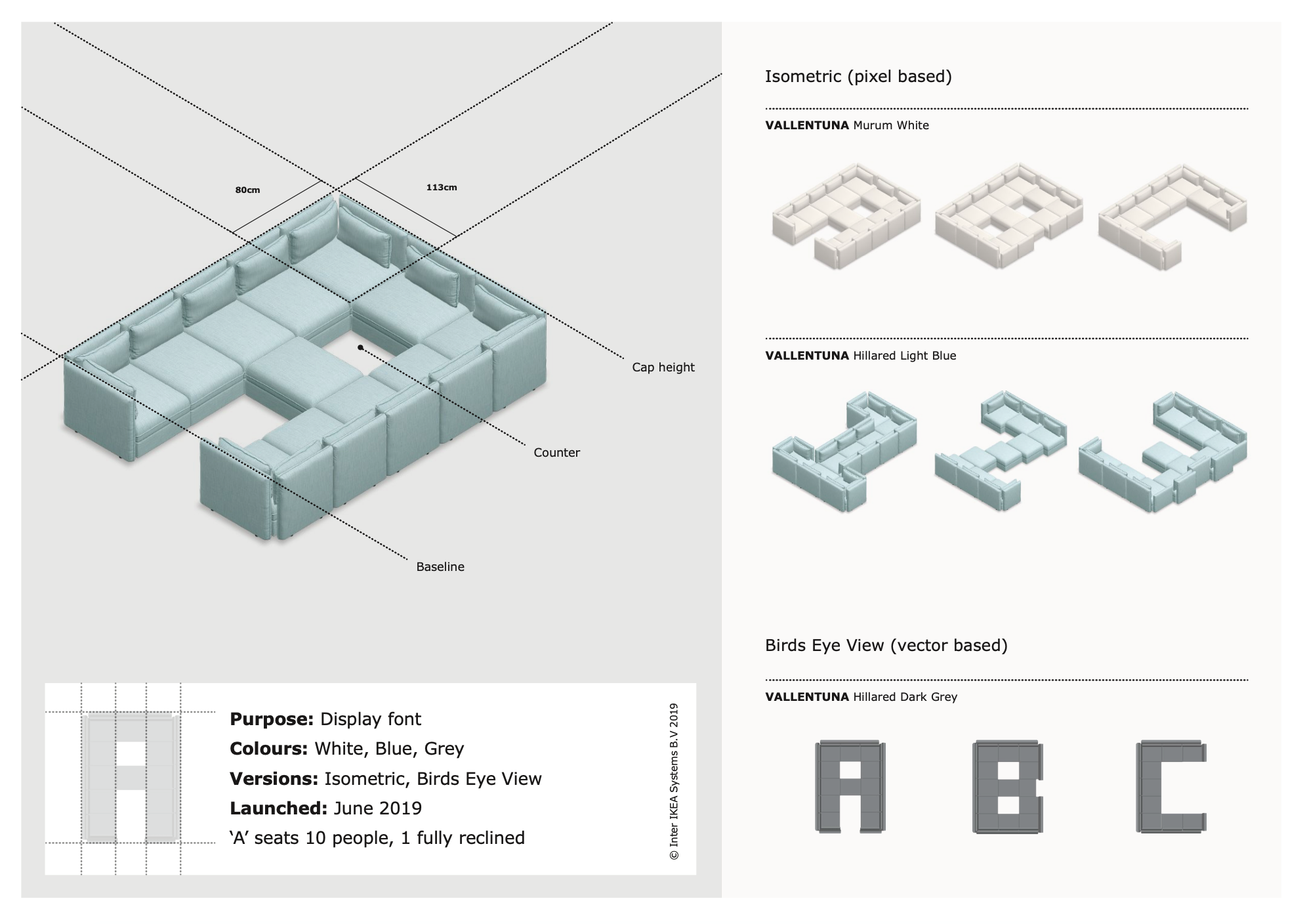 The font can be downloaded for free and used without copyright restrictions. The cost of creating the font in life size (using grey modules) is around £106,000 , including all 1434 pieces that make up the letters of the alphabet. 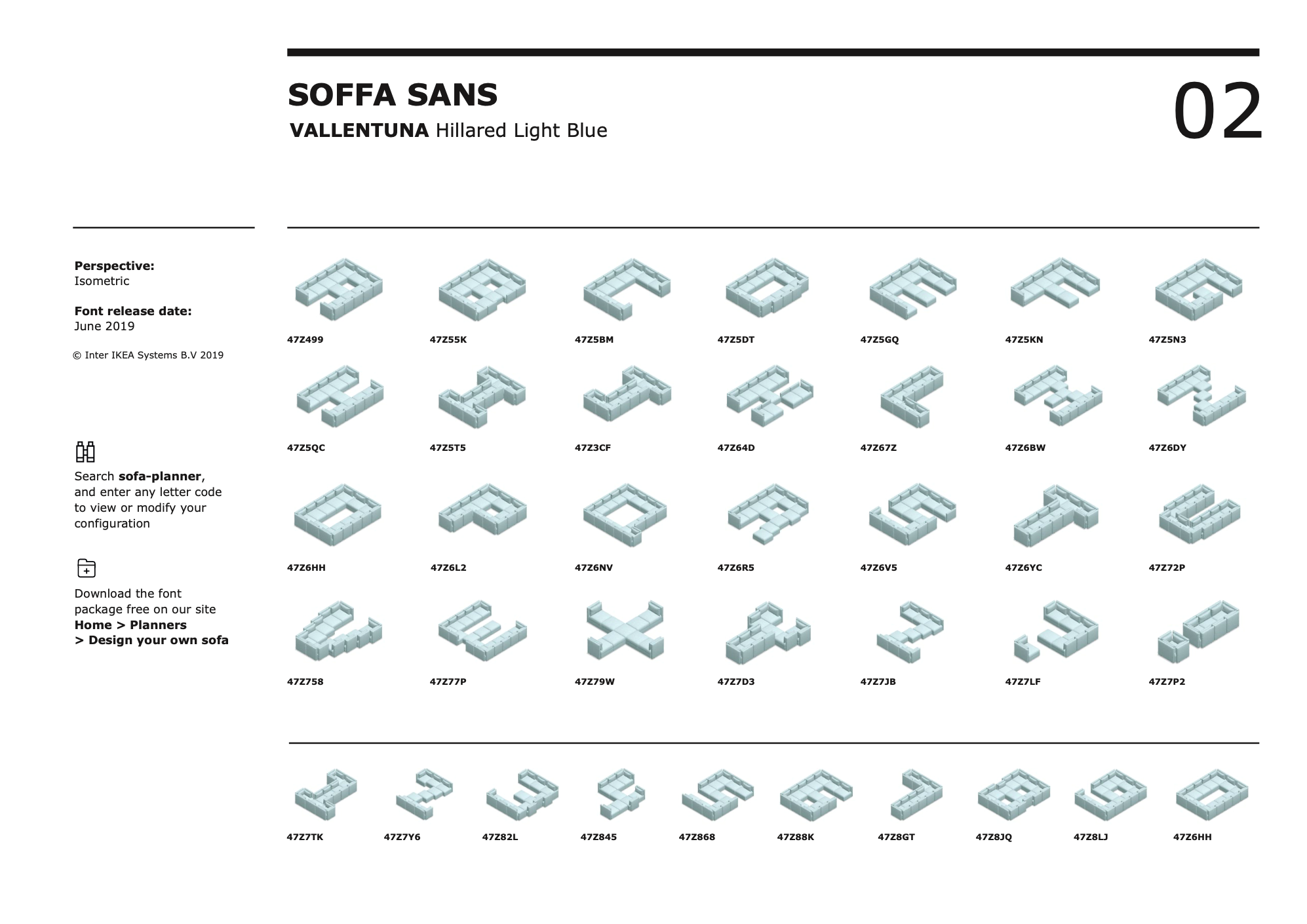 Each letter was created using Ikea’s online tool that allows you to configure your sofa – the same one that inspired Twitter users to get creative. With this astute move, Ikea has leveraged content generated independently for users’ own entertainment and run with it, creating a marketing effort that complements their actions. Sans Soffa has allowed users to indulge their fantasies and strengthened Ikea’s image as a creative firm that is present and attentive, not just in its commercial role, but also in its direct relationship with its customers.