What does it take to write a gamebook?

What does it take to write a gamebook? It involves mixing the tricks of fiction with those of game design and distilling them into something that’s a cross between the two genres! At least according to Mauro Longo, an Italian author of gamebooks, short stories, novels and essays that have been translated into multiple languages.

A while back, we looked at the history and renaissance of this genre, which had its heyday in the eighties. Now we want hear the thoughts of a professional author on how a gamebook is created, what aspiring authors can do and what the future holds for this rapidly growing genre!

Mauro, how did you find your way into the world of gamebooks?

All my publications and my current work stem from the passion of a ten-year-old boy who used to sneak out on his bike and ride miles to the nearest shop that sold the Indiana Jones Choose Your Own Adventure. Everything that I do now stems from this overwhelming passion, which then turned into a desire to express myself, through blogs and articles, and, finally, a desire to write and publish.

So I’m a fan of gamebooks, fantasy fiction and role playing games above all else.

What are your three favourite gamebooks?

I’ll list three classics that I loved as a kid. I love the genius and madness of Sorcery!, the English grim-fantasy series created by Steve Jackson in four volumes, which I think are inseparable, in my memory and in my judgement, from the spot-on covers and illustrations. Of the four books, my favourite is the first, “ The Shamutanti Hills”, but there’s very little between them.

Also superb, among the many titles brought to Italy by Edizioni EL, is the solo adventure “The Caliph’s Daughter” in the The Dark Eye series, with its sweltering Asian atmosphere.

Among branching-plot novels is a book from the Indiana Jones series that I’ve already mentioned: “Treasure of Khan” set in Venice and the Gobi Desert.

Moving on to your work as a writer, how is the idea for a gamebook born?

Initially, my books were born from emulating the stories that I loved as a kid: fantasy adventures in the style of old classics. Then, over time, it became nice to experiment with new styles, structures and genres.

Today, I’d say that the trick is to start from how gamebooks will be used and then work backwards: if you are writing a book that will end up on a Kindle or you are planning a series to play on a table with dice and a pencil, the whole system of the gamebook changes completely.

Are there special techniques for writing and organising the structure?

Yes, absolutely! Writing game fiction involves mixing the tricks of fiction with those of game design and distilling them into a special essence that’s a cross between the two genres.

Over the years, gamebook structures, graphs, techniques, gameplay and genres have been studied in detail, and now many of the secrets are known. Luckily, today’s author doesn’t have to start from scratch but can make the most of all the prior knowledge and advice of past authors. 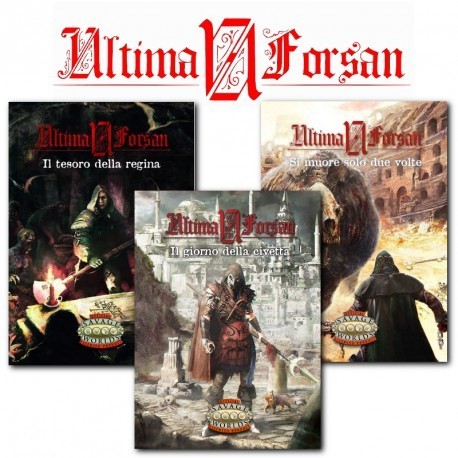 What advice would you give an aspiring gamebook author?

First of all, know the subject well: don’t make the mistake of trying to reinvent the wheel, but learn about everything that’s already been done before starting. Maybe the ideas that seem most original and innovative were already developed in the 1980s and reading these titles will allow you to start coming up with new versions of those ideas more quickly.

Second, start with small projects and then take stock as you go along. There are lots of competitions, sites and portals where you can publish short self-produced gamebooks and get feedback from experts and fans. Before diving into writing 800-paragraph books, it’s worth practising a bit with short or medium length texts.

When writing a gamebook, have you ever let yourself be influenced in any way by the competition from videogames or other forms of popular entertainment, such as TV series?

It’s not competition, because the media are very diverse, but rather inspiration. Afterall, many rules of modern game design apply to boardgames, gamebooks and videogames… so it’s a good thing that there is crossover between genres that use similar dynamics, which are refashioned from time to time on an ad hoc basis.

It seems that, recently, gamebooks have experienced a sort of renaissance. Do you think that’s right? Or did they never go away in the first place? And what future do you see for the genre?

They’ve certainly seen a huge renaissance from almost nothing since 2013 in Italy. In the last two years, they’ve been a rapidly growing phenomenon in our country, albeit in the games world rather than in book publishing.

I think the future looks rosy, at least for the next 2-3 years. I’m seeing huge growth in the sector that shows no sign of stopping. Where this renaissance will take, only time will tell us, and will depend on whether we are able to make the most of this opportunity.

If there are aspiring authors out there, I urge them to forge ahead with publishing houses and projects: there’s never been as much demand for original gamebooks as there is now!