City branding: how important is marketing for cities?

In recent years, cities have undoubtedly increased their position and relevance both on the national and international. Observers like the World Economic Forum constantly analyse urban spaces, their mutations and their prospects in an attempt to create a social, economic and geopolitical map that is as accurate as possible in a world that is increasingly unpredictable.

Cities are more important than ever, and city branding is a tool that allows urban centres to better communicate and attract talent and become more competitive and prosperous in the process.

But let’s start by looking at why it’s so important to be a competitive city.

There’s an interesting and influential international classification for cities that divides them up into Alpha, Beta or Gamma tiers. Devised in 1998 by the Globalization and World Cities (GaWC) thinktank at the University of Loughborough, it uses a set of parameters that measures the international connectedness of the world’s cities.

Classifying cities is very important for various reasons. For example, statistics show that Alpha cities are more attractive to young people, businesses and professionals who want to live ‘without borders’. On the other hand, for cities that don’t feature, the rankings serve as motivation to be included next time, driving fierce global competition between cities.

The lure of the creative city

Another interesting perspective was offered by Professor Richard Florida at the turn of the millennium. In his bestsellers “The Rise of the Creative Class” (2002) and “Who’s Your City?” (2005), Florida proposed the 3T model, where the three Ts stand for talent, technology and tolerance. He argues that these three special ingredients are the key to understanding the level of innovation and appeal a city. A place with few (in percentage terms) talented citizens, poor technology (as well as few tech firms based there) and little tolerance for difference and diversity will not be able to compete in the modern economy. 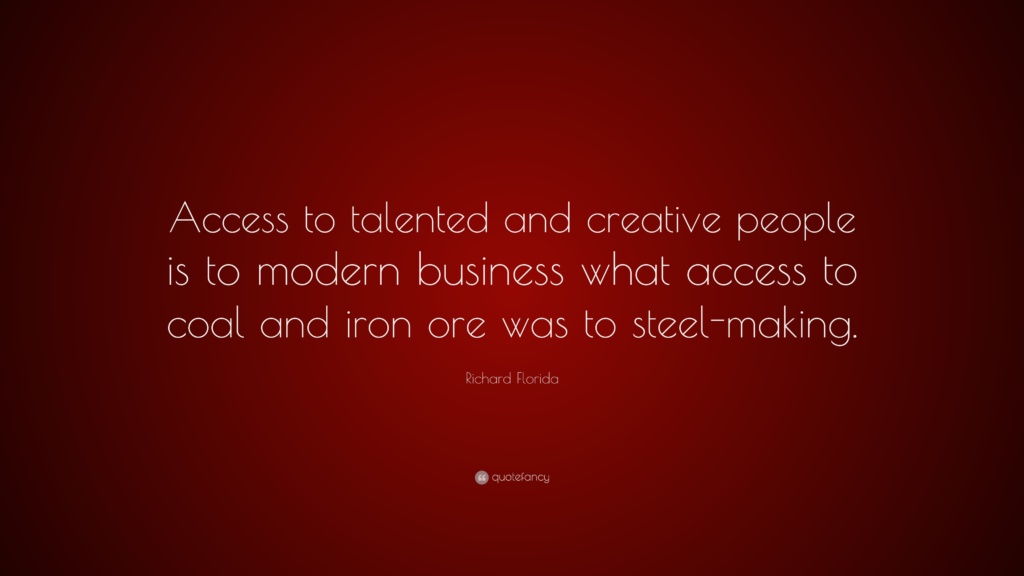 It’s an interesting approach because it gives little weight to city size and population, a fundamental difference with the GaWC ranking. In fact, Richard Florida’s 3T model places small, medium and large cities on an equal footing, thus posing an enormous challenge for city branding which, of course, is the reason you’re reading this article. That challenge is summed up in a single question.

How can the unique characteristics of a city be communicated effectively today?

The positive implications for an urban centre are many. Indeed, having a strong, coherent and instantly recognisable image:

We have to begin with New York. A metropolis that has successfully used city branding to raise its global profile and become a destination of choice for hundreds of millions of people. All have the same feeling: in New York, you feel like you’re truly alive. It’s a unique atmosphere, reinforced by the New York brand.

I’m sure you’re familiar with the cover photo for this article. I ❤ NY: a powerful logo which, since its creation in 1977, has been used to promote the city around the world. A logo that has become genuine brand owned by the (most fortunate!) New York State Department of Economic Development. Not many realise that, in fact, the logo started life as part of a broader and more sophisticated marketing campaign that also featured a song – which became the official anthem in 1980 – written and composed by Steve Karmen. 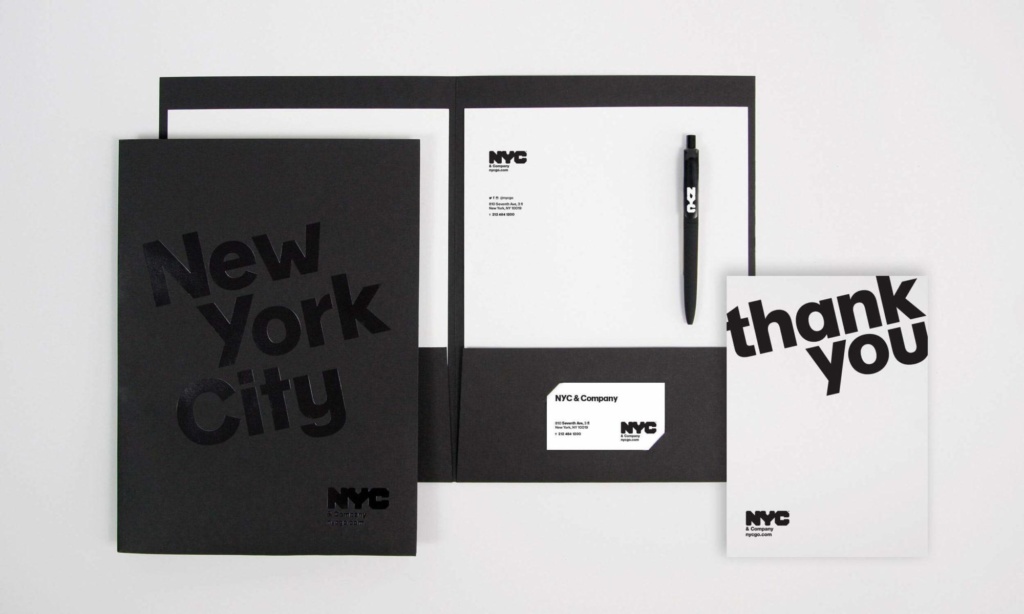 Perfect for filling and colouring depending on the time of year: for example, during Gay Pride, it takes on the colours of the rainbow. So, a brand that embraces diversity (remember Richard Florida’s 3T model!)

The heart is a powerful symbol that appeals to the emotional side of people. Which, I would argue, is why the New York brand has been much imitated by others. Italy, too, has a good example of a city using heart symbolism in its branding. It’s a medium-sized city that has been developing and refining its brand for some time. I’m talking about Parma, a city with a rich culinary and cultural heritage which, in 2017, launched a brand bearing a striking similarity to NYC’s.

Melbourne is another compelling city brand. Thanks to design agency Landor, now just a single letter M clearly identifies one of the world’s most vibrant and competitive cities. 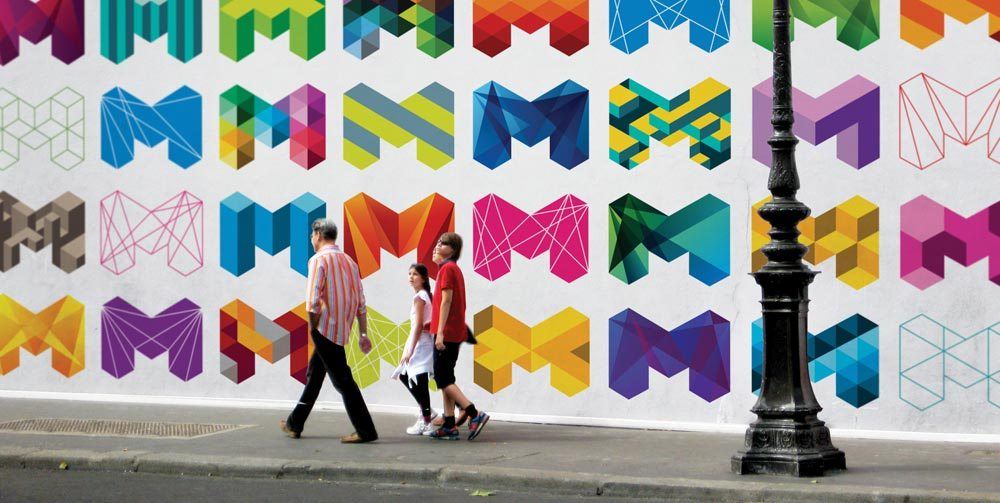 Is there such thing as too much publicity? Yes, sometimes.

City branding is becoming a key part of regional marketing strategies not just for drawing in tourists and getting them to stay as long as possible, but for convincing global citizens to spend their lives in a city. It’s an arrow in the quiver of any city: because, these days, competition is global.

So, is all that glitters gold? No: as ever, we can’t forget social media! It’s a crucial tool for amplifying marketing and communications (Don’t believe me? Do a hashtag search of the world’s of most famous monuments on Instagram…) but can also have a boomerang effect.

In fact, people’s obsession with selfies and posting the perfect holiday pics online can at times become more important than their experience of monuments themselves. Which brings us to an interesting campaign launched by Vienna to encourage tourists – particularly younger ones – to enjoy the city’s treasures without the selfies and hashtags. 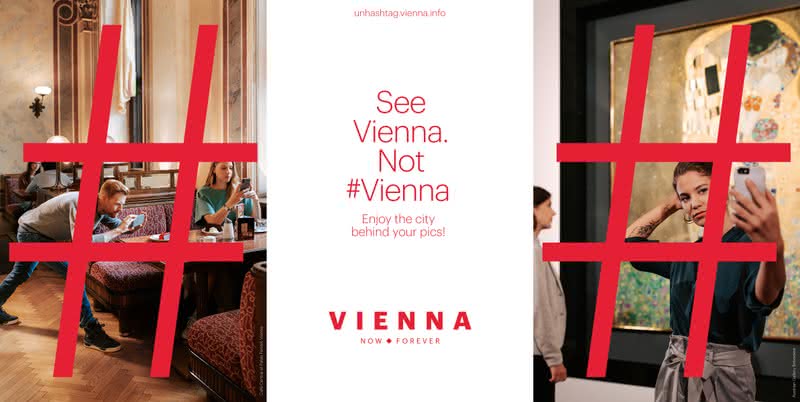 It’s just one of a growing number of similar initiatives, often led directly by citizens fed up with this overproduction of images that is ruining the places themselves. For example, the neighbourhood committee for Rue Crémieux in Paris, one of the most instagrammed spots in the French capital, is considering banning tourists at weekends and in the evenings. They’ve gone as far as making a formal request to the city authorities.

What I love ❤️ the most about this street, is the fact it doesn’t look like a Parisian street 😍! And I also love it because it’s super cute 🥰! It was my second time there, and I enjoyed it even more than the first time ✨! In fact, it was sunny 🌞 that day, so another reason to make me smile 😁! It was quiet so I took the time to admire each house 🤩! And while I was wandering there, I made myself a promise: if I ever buy a house 🏠, I will paint it 👩‍🎨 in a pastel color! I think putting colors in our lives make us happier, or at least more joyful 💃🏻! And that’s something we all need in our lives 😘 ::::: Rue Crémieux is a cobblestoned and pedestrianised street in Paris. The street is bordered with colourful 🌈 private houses. This place gives the impression that we are outside of Paris, somewhere in a small Provincial town or in a French seaside resort 🌊. The 35 identical houses 🏡 that border the street look like English terraced cottages (hello Notting Hill). The residents are proud of their street and have ensured that it is well maintained. It was the residents’ initiative to paint 🎨 their façades with gentle pastel colours: green 💚, blue 💙, purple 💜, yellow 💛, pink 💖… and it's so photo-friendly. No wonder why this place became very popular with Instagram! But let’s face it, the street residents would surely prefer that their spot was left unknown. You know how hectic an Instagram spot can be. So I do encourage you to be discreet on your visit to rue Crémieux. 🤫 ::::: Thank you @nadinemerabi for this gorgeous dress! And 📷 by the amazing and unique Albert the Tripod _____ #topfrancephoto #visitfrance #igparis #paris #speechlessplaces #travelguide #cntraveller #blondesandcookies #youmustsee #iamtb #parisstreet #ruecremieux #thetravelwomen #femmetravel #beautifulmatters #globelletravels #travelstyle #wanderwoman #wanderlove #travelislife #travelthroughtheworld #travelforlife #francetravel #seetheworld #travelnow #adventureseeker #travelingpost #travelphotooftheday

From city brand to city innovation

In this article, I’ve outlined some virtuous and interesting cases of city branding and regional marketing (or un-marketing, as in the case of Paris). There is, however, a saying in marketing that applies equally to places: the real test lies in the actions undertaken by the brand. In other words, it’s about what lies behind the brand: graphic design and visual identity are certainly crucial. But once they have defined their brand, cities must build on it by providing efficient services, well planned and safe urban spaces and generally looking after tourists and citizens alike.

In short, city marketing must spur city innovation to create smart cities. And there’s no time like the present for turning words into actions.