Real-time Marketing: what it is and how to use it

Real-time content, instant marketing, real-time marketing. Different names for the same concept: leveraging events that generate lots of conversations (the keenly awaited release of film, a news event, a sporting fixture or something else) by creating themed content, with the goal of increasing visibility and interactions with the public. It’s a strategy used by brands big and small alike for many years now. The key is obviously timeliness: you need to come up with an idea and get it out there very quickly, because the window in which the event will remain a trending topic can be very short. That’s why digital media, particularly Twitter and Facebook, with their inherent immediacy, are the best channels for these types of action. And why instant marketing hasalways been presented with great conviction as an invention of the digital era. But is that really the case? We’ll find out soon. But first, a brief outline of what real-time marketing is.

If markets are conversations, it makes sense to try and get tongues wagging

In 1999, the paradigm shift in the marketing landscape was identified with great prescience by the very first thesis of the Cluetrain Manifesto: Markets are conversations.

The Internet, warned the authors, would forever change the way people and companies communicate: no more messages sent by brands from the top down to an audience that can only accept or reject them, but continuous daily conversations in which people can actually interact and communicate autonomously.
The result? From the early noughties onwards, especially with the emergence of social networks, the quality of a marketing campaign has been measured in part by the quantity and quality of the conversations that it’s able to start. The more you can strike up conversations with the public – then maintain and manage them – the more you will have the opportunity to present the products, services and values of your brand. Hence the emergence of real-time content. If, as a communicator, your role is to initiate conversations, a good shortcut might be the following: insert yourself into conversations already started by external events, and try to channel them towards themes connected to your values, products or services. To put it more bluntly, we can imagine the contents of real-time marketing content as pirates on a sea full of conversations: just like a pirate ship, this type of content hijacks the richest conversations to serve the interests of brands.

When and where instant marketing was bor

Don’t be misled by what we’ve discussed so far. While it’s true that real-time content is certainly a hallmark of the digital era, because of its immediacy and the ability to generate conversations, it’s not accurate to say that real-time content was born in the digital revolution. As we’ve already pointed out in other articles on this blog, examples of firms using everyday events to bring value to their brand can also be found in traditional advertising. Creatives who have made effective use of this approach include Bill Bernbach and the copywriters at DDB. Real life, everyday events and even hot political issues have long been incorporated by brands into their storytelling. Let’s take a look at some case studies.

It’s ugly, but it gets you there

We’ve talked about this print ad before. It’s 1969, and we’ve just seen the event of the century: the lunar module has just landed on the moon. Everybody’s talking about it and the creatives at DDB immediately spy an opportunity. If the lunar module succeeded in its mission, it did so thanks to its spartan efficiency rather than its aesthetics. 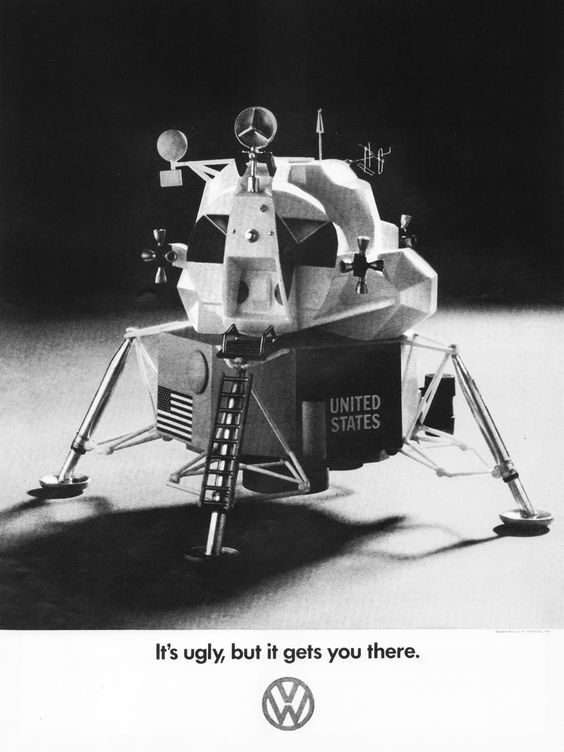 The same values, by analogy, can be applied to the Beetle, which boasts proven reliability, despite looks that divide opinion. Timeliness, the ability to leverage an event that’s on everyone’s lips and extraordinary visual and verbal conciseness make this print ad a perfect example of instant marketing that was ahead of its time.

Which man would you vote for?

Our second case study is also a campaign by DDB for the Beetle. It’s 1972, the year Nixon was re-elected  president of the United States, and the agency’s creatives boldly exploited this event to highlight the values of the German car manufacturer: the candidate you should vote for is obvious – the one who opted for a Volkswagen rather than a luxury brand, because this choice proves he is honest, reliable and knows how to make shrewd decisions. The campaign became a manifesto for the brand’s reliability and a perfect example of instant marketing. 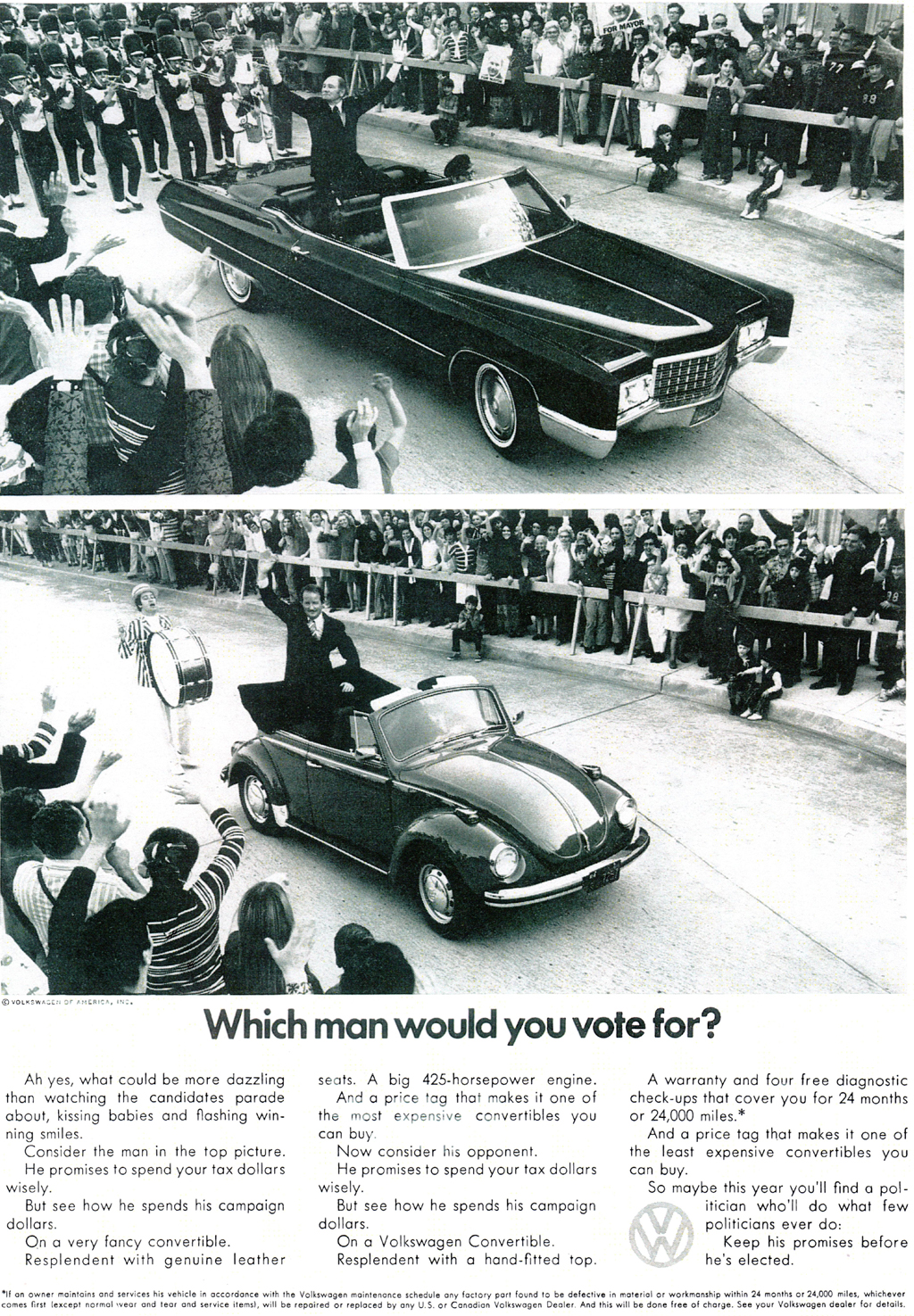 In Italy, we’ve had to wait decades for a firm to pluck up the courage to use a polarising issue like politics in its marketing. The Ceres beer brand launched the outdoor and digital campaign featuring the headline “First you vote, then you drink. Not like before.” It was the first in a long series of instant marketing content that mocked candidates from across the political spectrum. 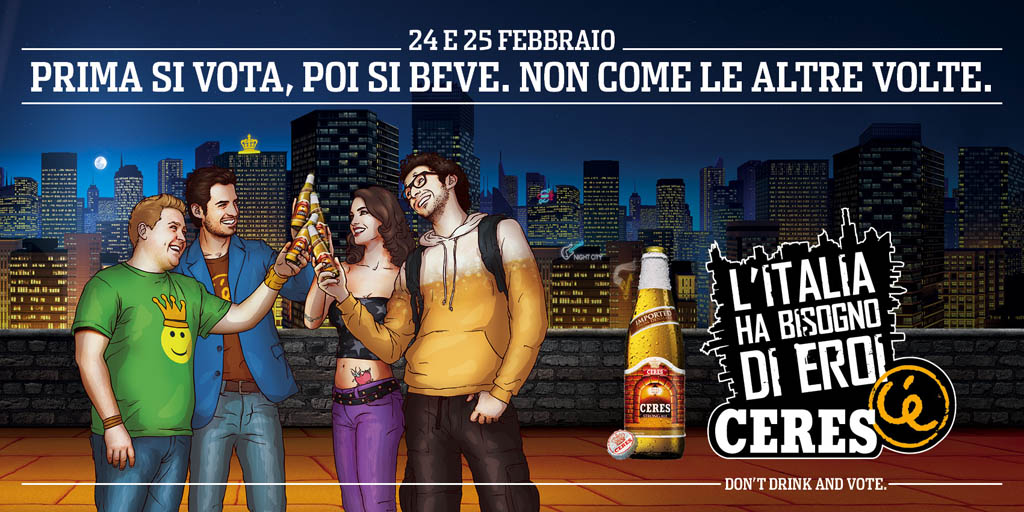 Tonight, turn the clock back a few years

We’re still in Italy, this time in the early noughties. On the day the clocks are due to go back, Oil of Olay published this ad: the iconic pot of anti-wrinkle cream is shown positioned on a large watch, as if it were the crown used to adjust the time. The headline reads: “Tonight, turn the clo
ck back a few years.” It’s another great example of instant marketing that leverages an event which adds value to the brand: people who use this cream, Oil of Olay are telling us, turn back the clock for their skin. You can well imagine the same content being used on Facebook these days, when the clocks next go back,without any changes. 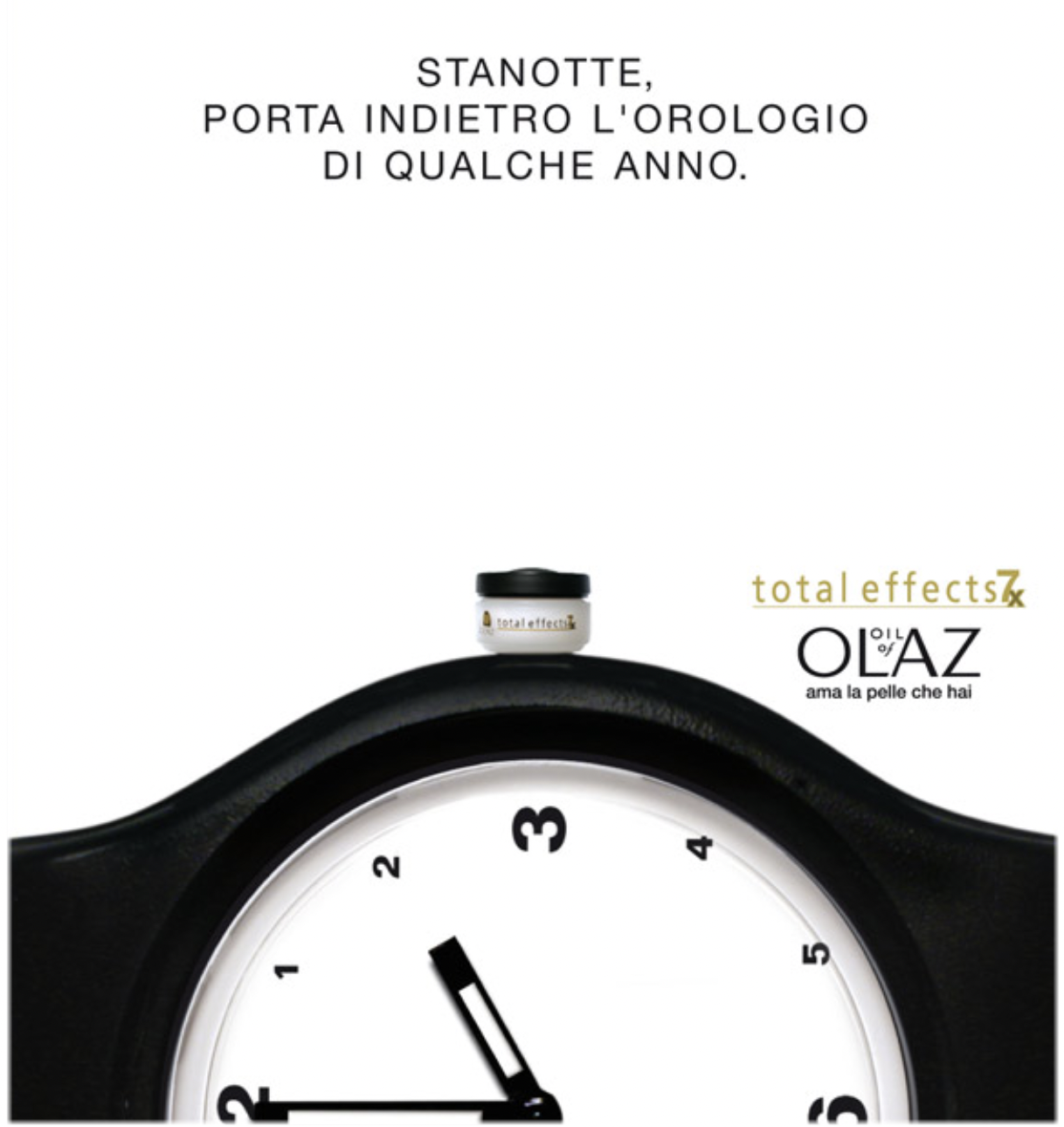 The lesson of advertising: relevance and timeliness

An example? Upon the release of the umpteenth instalment of the Star Wars saga many brands tried their hand at instant marketing. The Control condom brand stood out with a visual featuring the unmistakable silhouette of Darth Vader’s helmet. The headline, positioned right above a box of the brand’s contraceptives, read: “Luke, I am not your father”. It’s a cleverly designed piece of content: the play on the famous line from the film is obviously relevant to contraception. 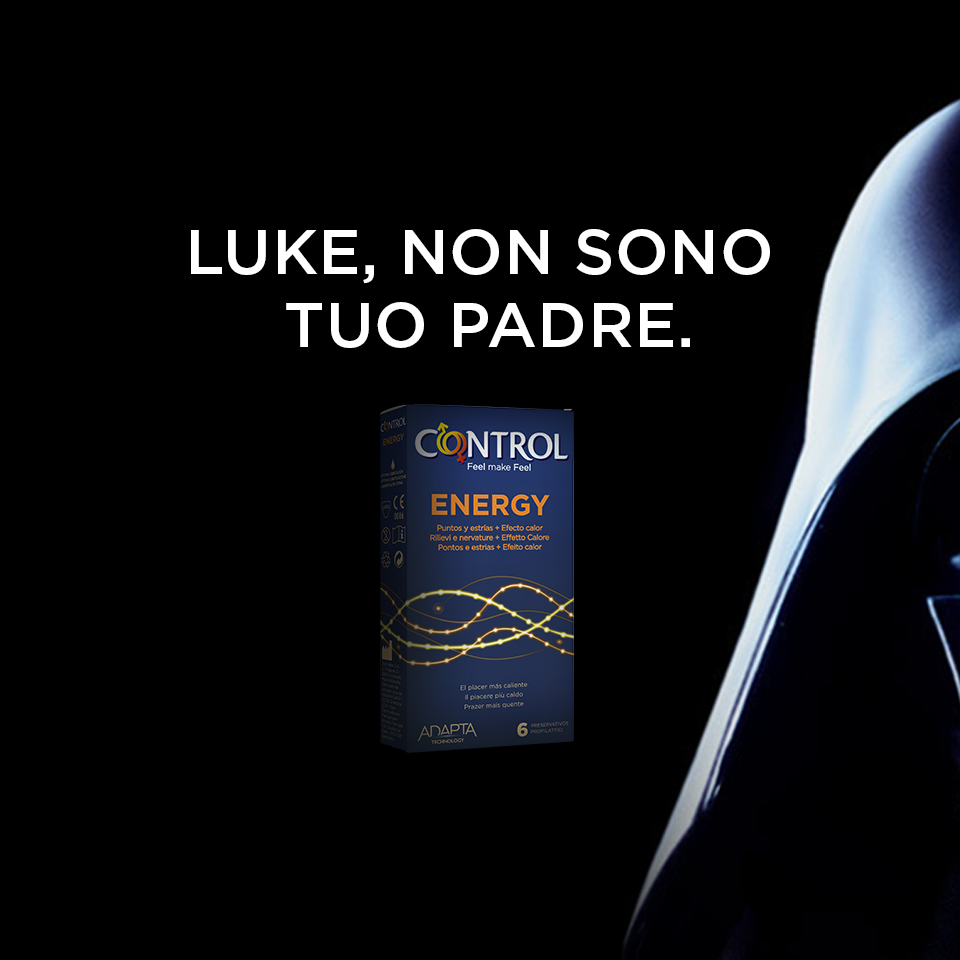 The link is humorous, but very clear.
In contrast, we can take the example of a deodorant brand that just writes the product name in a font similar that used for Star Wars. The copy quips: “Defeat your day’s dark side with so-and-so deodorant.” The difference compared to Control is clear. Here, there’s no real link between the brand, the product and the film. There’s no relevance. And the difference in terms of effectiveness is clear too.