The fonts of Quentin Tarantino

Nods to other films, a potpourri of genres, the same recurring obsessions and oodles of quirkiness: the hallmarks of Quentin Tarantino can also be seen in the lettering used in the opening credits of his films. How many other directors could pull off using four different fonts in the space of a couple of seconds, as seen in Kill Bill? Then there are the homages to spaghetti western lettering, the borrowing of sixties B-movie fonts and a few typefaces that feature in practically every film. 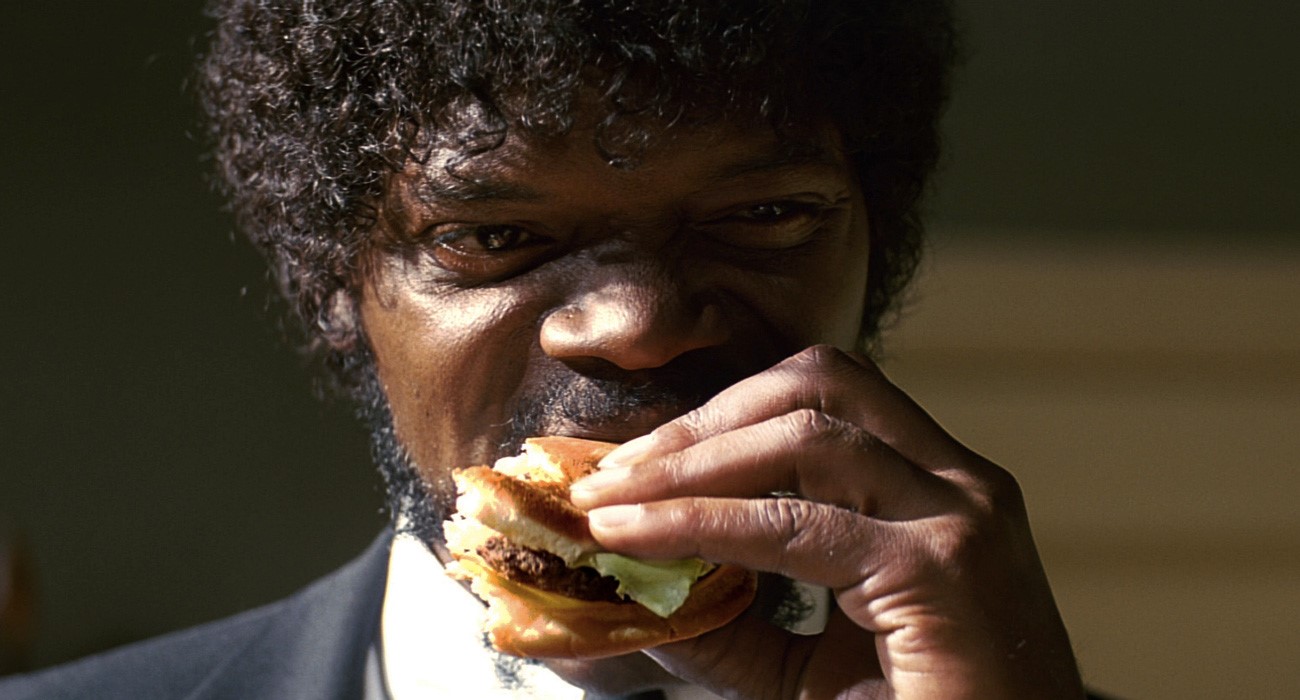 Even when it comes to typography, the master of American cinema never bores us. We’ve put together a selection of the most iconic fonts used in Tarantino’s movies.

Reservoir Dogs — Quentin Tarantino’s first film — was made on a minuscule budget, so small that some actors had to use their own clothes and cars on screen. Perhaps it’s also this that gives the film a particular feel, somewhere between a self-produced release  and an old cop film, something that is immediately evident from the opening credits.

The characters are introduced in the now-famous slow-motion shot, with the actors’ names appearing on-screen below each: the font used is a serifed Palatino in a mustard shade of yellow, a colour that would become the trademark for almost every Tarantino film. The film title uses the classic Garamond font, another serif typeface – created in France in the 16th century and updated at various points since. It’s one of the record-breaking fonts that we talked about here.

While the credits roll smoothly, the soundtrack suggests that something is isn’t right: the music fades and, in the background, we start to hear strange groans. Do you remember who’s in deep trouble?

The most famous of Quentin Tarantino’s films — Pulp Fiction — marked the beginning of a close working relationship between the director and Pacific Title, a Hollywood firm that has specialised in film titles since the silent era. First Pacific Title and later their designer, Jay Johnson, would go on to create the titles for every subsequent Tarantino film.

After giving us the American Heritage Dictionary’s definition of “pulp” in a classic Times New Roman, the opening sequence begins, which gives us a taster of what’s to come in the next two hours: masterful dialogue, stylised violence and nods to seventies cinema.

The credits are in ITC Busorama, a sans serif font designed by Tom Carnase in 1970 that blends art deco with a beatnik style. Then, from below, the now iconic film title appears in a powerful typeface: Aachen Bold , created in 1969. Next, the actors’ names are superimposed in a font that is most likely ITC Benguiat with modified initial letters. This serifed font was created in 1977 by font design master Ed Benguiat and also used for the logo of a recent TV series. Can you guess which one?

Somebody changes the radio station and… we find ourselves in a Chevrolet with John Travolta and Samuel L. Jackson.

The films of Quentin Tarantino are stuffed full of nods to other movies: underground films, Italian crime flicks and B-movies. In Jackie Brown – the director’s third and probably least known film – everything, even the title lettering, is one big homage to blaxploitation. The blaxploitation genre was born in the United States in the seventies and can be more or less summed up as follows: funk, soul, low budget and an African-American target audience.

The film title accentuates the funky characteristics of ITC Tiffany, another font created by Ed Benguiat in 1974. The main influence is the poster for Foxy Brown, the 1974 blaxploitation film starring the same lead actor: Pam Grier. Even the typeface used for the Foxy Brown logo was created by the prolific Ed Benguiat: Benguiat Caslon. It’s hardly surprising: Ed Benguiat, who is still going strong today at the age of 93, is an extremely influential typeface designer who has created over 600 fonts, including many for the cinema.

We’ve seen how often the use of fonts in Quentin Tarantino’s opening credits mirrors his cinematic style. And if there’s one thing that Tarantino loves, it’s appearing in his own movies. His cameos are many: in Pulp Fiction he finds himself at home with John Travolta, Samuel L. Jackson and a dead body, while in Reservoir Dogs he’s part of the gang behind the heist.

In a way, there’s even a Tarantino cameo in the main title for Inglourious Basterds, the director’s sixth film, as it’s written in his own handwriting: the image was taken from the cover page for the final script completed in July 2008.

Quentin Tarantino’s two westerns gave him a golden opportunity to revisit the spaghetti western genre, including their typography.

The font used for the title of The Hateful Eight — Tarantino’s eighth feature – was designed by Jay Johnson and is inspired by hundreds of spaghetti westerns. In particular, the almost playful lettering of the title recalls the creations of Iginio Lardani, the “Sergio Leone” of title design, who created some of the genre’s most famous titles. The actors’ credits, in mustard-coloured ITC Bookman, remind us – in case we’d forgotten – that we’re watching a Tarantino film.

Once Upon a Time in Hollywood

The last film by Quentin Tarantino is a sort of Hollywood fairy tale, a blend of homage and nostalgia: there are period suits, cars and posters and, of course, vintage lettering.

One of the real gems of the film – for fans like us – is undoubtedly the scene in which the illuminated signs of Hollywood light up one by one. A sequence that gives us 30 seconds of full immersion in the graphic world of the sixties.

But let’s talk about the opening credits. Once Upon a Time in Hollywood begins and we feel at home when we see the director’s signature fonts: ITC Bookman and ITC Busorama, in mustard colour, of course. However, the film’s title only appears in the closing credits, almost as if signing off at the end of this modern fable.