In 2015, the Oxford Dictionary declared its word of the year to be the “Face with Tears of Joy” emoji.

Was it a joke? A two-fingered salute to the academic world? Apparently not. It seemed that emojis now represented something more serious. In this article, we’ll explore the potential of emojis and how to use them effectively in your professional communication.

From full stop to smile. A brief history of emojis.

The history of emojis is inextricably linked to the evolution of punctuation from a purely syntactical tool to something more emotional. In forums, blogs, texts and instant messaging chats, from the nineties to today, punctuation has gradually started to change. Used less and less in a neutral way to indicate the structure of a sentence, it slowly began to acquire an emotional meaning. It makes up for the non-verbal communication typical of face-to-face interaction (gestures, facial expressions, tone of voice) and signals to the reader how they should interpret certain words.

For example, in a messenger chat, the full stop no longer means the sentence has come to an end. Rather, it indicates emotions: sarcasm, indignation, resentment, distance. Late-nineties emoticons were a further evolution of emotional punctuation: pictograms made from punctuation. A winking eye can be created by typing a semi colon for the eyes, a hyphen for the nose and a closing parenthesis for the mouth. The next stage in this evolution were emojis: a vast selection of pictograms that can be used to make messages faster, more immediate, more informal. And to really connect with the reader.

Using emojis to reconnect brands with the public

Every year, more and more brands, big and small, are adopting emojis, rightly seeing them as ideal tools for forging bonds with their target audience and increasing engagement. One of the first to do so was Durex: given that  92% of internet users now employ these symbols to communicate, the brand decided the time was right for an emoji dedicated to safe sex. But emojis aren’t just the preserve of big brands (Ikea, Domino’s Pizza, Pepsi, Starbucks and others): smaller firms can also benefit from using emojis too, such as in customer care communication: they make conversations with users warmer, more friendly and informal. But what are the dos and don’ts of using emojis? What are the pros and cons? Read on to find out. 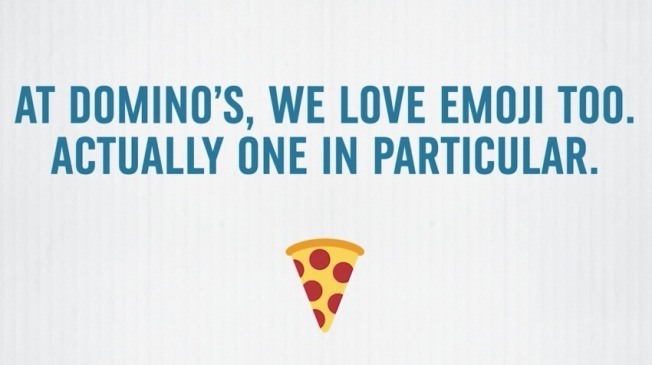 There aren’t any official, written rules on how to use emojis. But over the years, two key guidelines have emerged:

1.Competence:
Fully understand the emotion you want to communicate and choose the corresponding emoji.

Emojis and newsletters. Risks and rewards

If, for example, you’re thinking about using emojis in your newsletters, you should know that, according to one study, emails that contain emojis in the subject line have a slightly lower open rate because they can arouse suspicion and suggest a lack of professionalism. However, it seems that, used with precision in the body of the text, they can actually increase engagement and clicks from readers, with the best position being the end of the sentence. For example, at this point I could invite you to continue reading by placing this emoji here 👇.

Emojis and social media. A language that’s closer to the reader

As well as newsletters, emojis can be used in digital content posted on platforms like Facebook, Instagram and Twitter. Social networks are the ideal – and some would say natural – environment for using emojis. Here they can be useful for making messages more informal and closer to users, thereby helping brands to come across as more human and transparent. 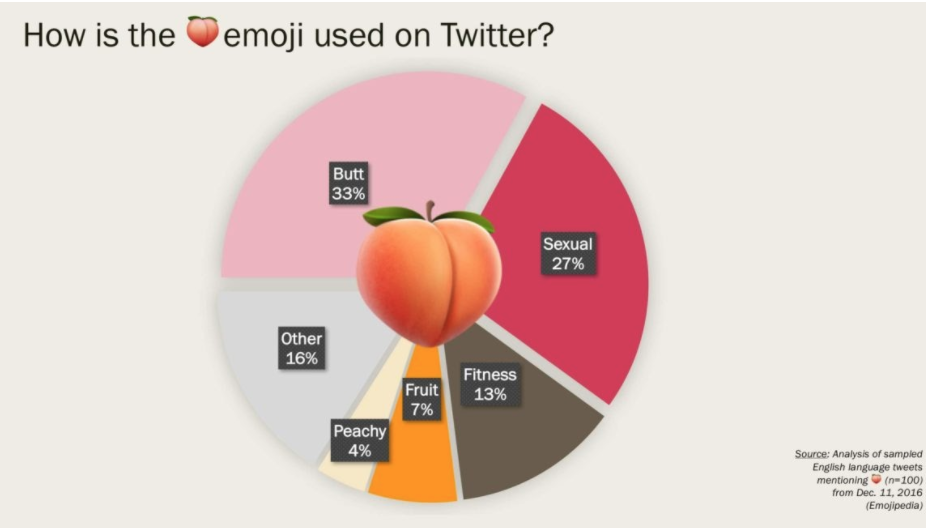 Good to know: years ago, Facebook widened the possible reactions to a post, which at the time were limited to just the famous thumbs-up or “like”. The new reactions use an emoji-based language for conveying shock, sadness, irritation, etc. But if you’re thinking about explicitly asking your audience to react to your content by choosing this or that reaction, think twice: Facebook’s policy discourages this tactic, known as react baiting in the jargon, because it would rather users reacted honestly to posts.

Emojis and corporate chats. An emoji can be worth a thousand words

Emojis can be used by a firm to communicate with its target audience in chats. When used wisely and sparingly, they make communication simpler, friendlier and more human, lowering stress levels for users. So how do you avoid gaffes? Make sure you fully understand the emotional meaning of every emoji you use, and only use a limited set that are in keeping with the emotions that your brand wants to convey. Limiting use to a pre-predetermined selection which is consistent with your brand’s tone of voice can avoid missteps and misunderstandings.

The present and future of emojis: potential new uses

Emojis seem to be freighted with meaning, and offer an as-yet not fully explored versatility. As well as conveying feelings and making communication between firms and people more direct and informal, they can become sophisticated tools in advertising campaigns or be used in unexpected and creative ways to promote new services. 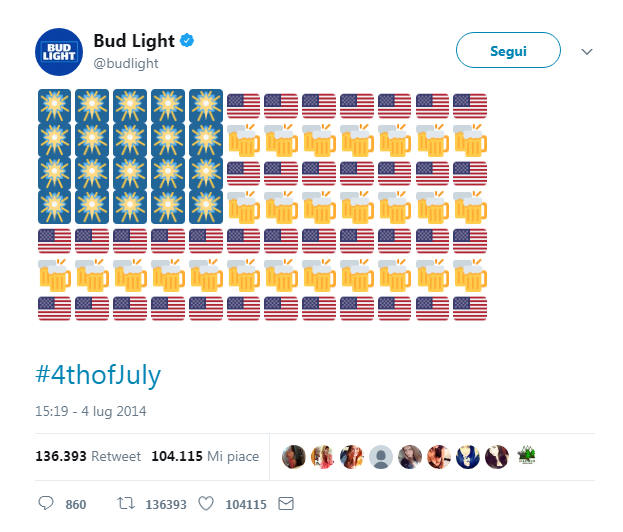 One of the most frequently cited case studies is that of Domino’s Pizza: to make ordering pizzas quicker and less tedious, the chain has created a service that massively simplifies the process. Just post the topping you want accompanied by the pizza emoji and #EasyOrder hashtag on the brand’s Twitter account to receive your pizza. 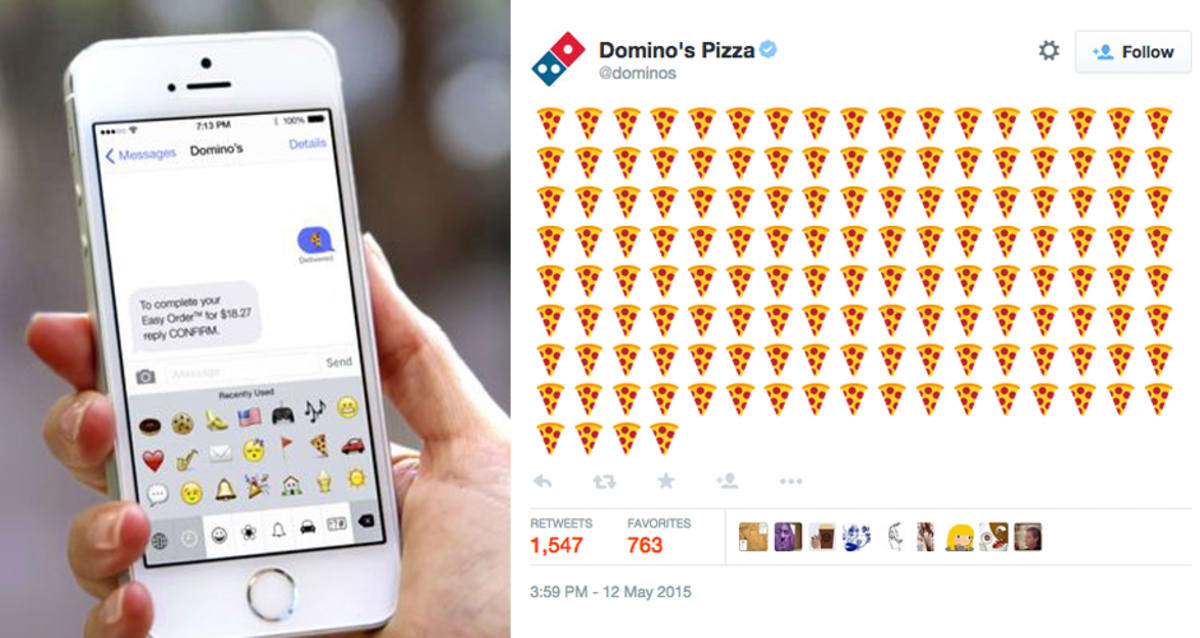 Emojis can also be used for activism and awareness raising: take the case of the WWF, which ran a campaign to save a number of endangered species using the emojis for the threatened animals on Twitter.

In Italy, linguistics professor Francesca Chiusaroli used emojis to translate Pinocchio: “Pinocchio in emojitaliano” is a tangible example of how emojis can be considered language in their own right, which certainly goes beyond their original purpose of expressing emotions. As this interesting literary experiment shows us, Emojis can be used to convey entire concepts, and even narrate complex stories, limiting misunderstandings thanks to a glossary and grammar.

Also in Italy, the magazine “La settimana enigmistica” has for some time now used emojis to set puzzles and riddles for its readers. In this case, emojis tend to take the place of the illustrations typical in print puzzles, rather than words, and make it possible to easily create interactive content that encourages the public to participate by suggesting solutions. 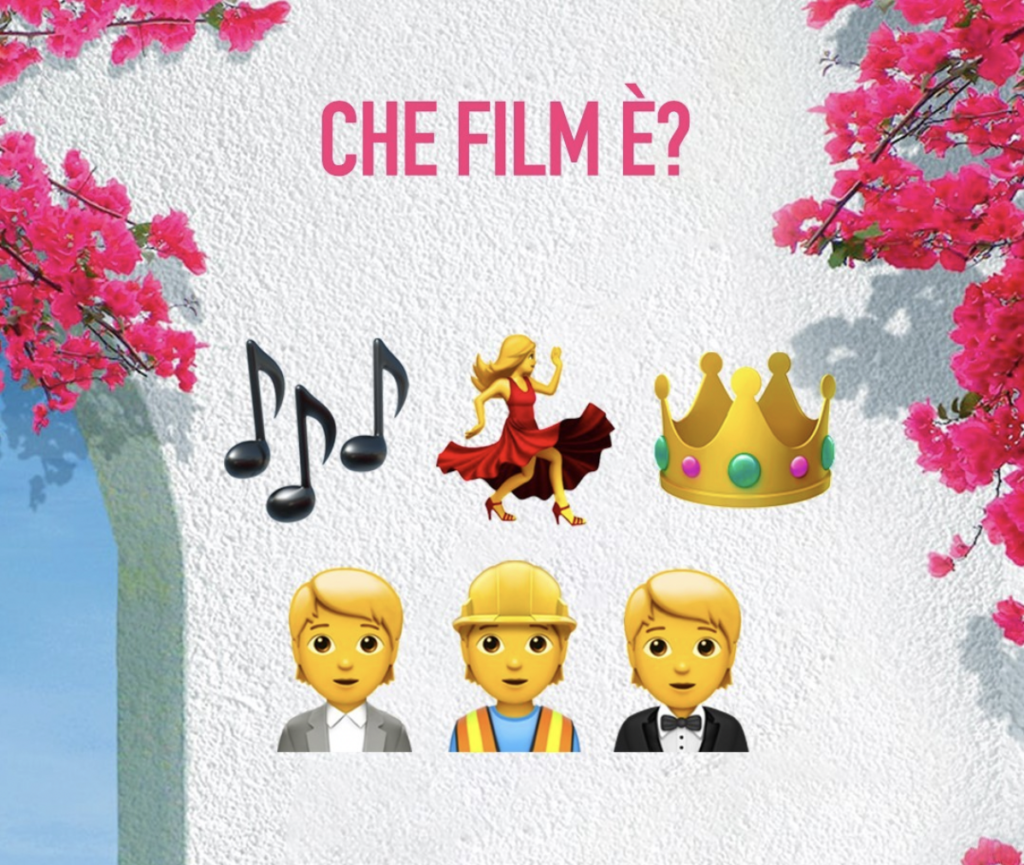 The future of emojis

And the future? While on the one hand the language expressed through emojis is codified in a very precise way (a given face signifies a specific expression and no other), on the other hand it seems to be undergoing a rich and fertile process of continuing re-signification, thanks to the daily laboratory that is conversations between users and brands. An example? The laughing face today indicates a passive-aggressive attitude for younger generations, who prefer other symbols for communicating amusement, such as the skull (dying of laughter).

As you can see, the possibilities for expression are endless and go beyond simply communicating an emotion. What’s more, year after year, emojis continue to grow and evolve with social changes: we’ve recently seen the introduction of a face wearing a mask to help people reflect their situation during the pandemic.

And now it’s over to you to explore the potential of emojis. 👋