As I’m sure you know by now, paper is one of our favourite subjects: we are fascinated by its history, the places it is made, the techniques involved and everything connected to it. Today we’d like to take you to Tuscany, where we’ll follow a unique tourist route exploring one of the most important paper-making regions in Europe: the Via della Carta, or ‘Paper Road’.

Back in the sixteenth century, some of Italy’s first paper mills were built between the cities of Lucca and Pistoia and the northern slopes of the Apuan Alps, a region well supplied with water and home to various thriving centres of power. It was also well connected with the nearby port of Viareggio, where the material could be shipped across Europe. Today – in part thanks to this heritage – the paper industry in the provinces of Lucca and Pistoia in Tuscany is the largest in Italy and one of the most important in Europe, counting over 200 factories and thousands of employees and exporting paper all over the world.

The Via della Carta is a route that for some years now has allowed visitors to discover this important part of the region’s history, dating back five centuries. Here are a few stops on the route that we liked and a few hints on getting around!

Stop 1: Villa Basilica – the first paper mills and the invention of straw paper

It all began in the village of Villa Basilica, in the narrow valley through which one of the two branches of the Pescia river flows: here, in the mid-sixteenth century, the first paper mill in Tuscany was founded by Vincenzo Busdraghi, who equipped and restored an old mill with the financial support of the Buonvisi, an aristocratic family from Lucca. 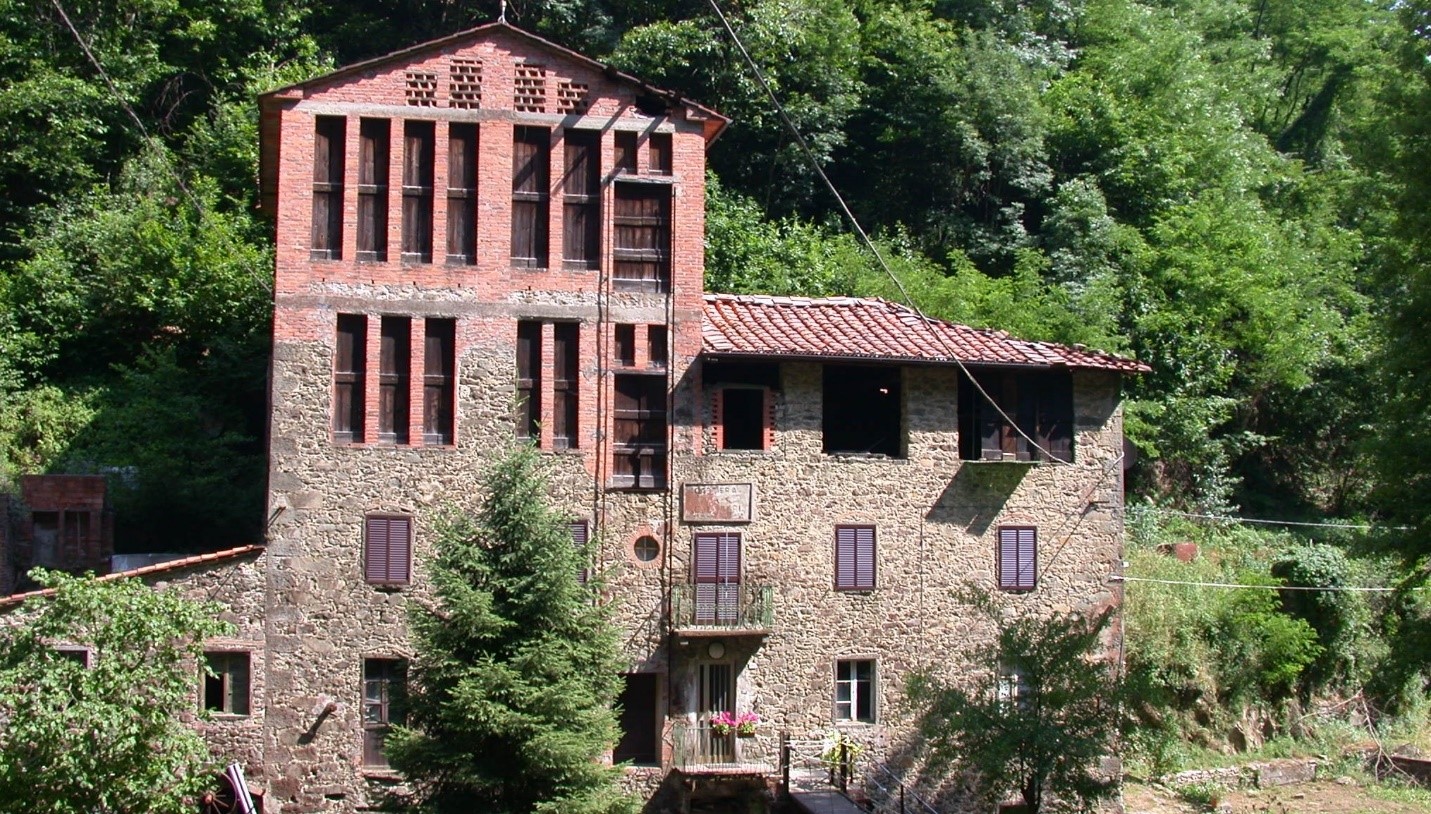 But Villa Basilica was also responsible for another important ‘first’: the invention of straw paper, first created here in 1984 entirely by accident by the pharmacist Stefano Franchi. This yellow paper, once used to wrap practically everything, but now mostly seen in paper cones and restaurant napkins, is made from a mix of straw, lime and water, and at the time of its invention it solved a huge problem: stocks of rags, the main material used in papermaking at the time, were beginning to run low and becoming more and more expensive (for more information, you can read our history of paper here).

Straw paper became extremely successful very quickly: in 1911, the province of Lucca had 106 paper mills, and straw paper was their main product. Indeed, the benchmark cost for this material for the whole of Europe was set in one particular district of Lucca.

Although many paper mills have now moved to the Lucca Plain, Villa Basilica and its valley are still dotted with old paper factories, with their typical stone and brick architecture and high slit windows.

In the Botticino area of Villa Basilica there is an info point that gives tourists details about the local area and the Via della Carta, and you can ask for information here. It is also the perfect starting point for a trek around the papermaking region.

There are around 20 km of paths and paved roads suitable for walking or mountain biking that take you between the two valleys containing the branches of the River Pescia, along the ancient routes traversed by the master papermakers. Until the mid-twentieth century these roads were busy connecting routes used by workers at the paper factories – mainly women – to get to their workplace and as a way of maintaining contact and exchanging news between the two valleys. 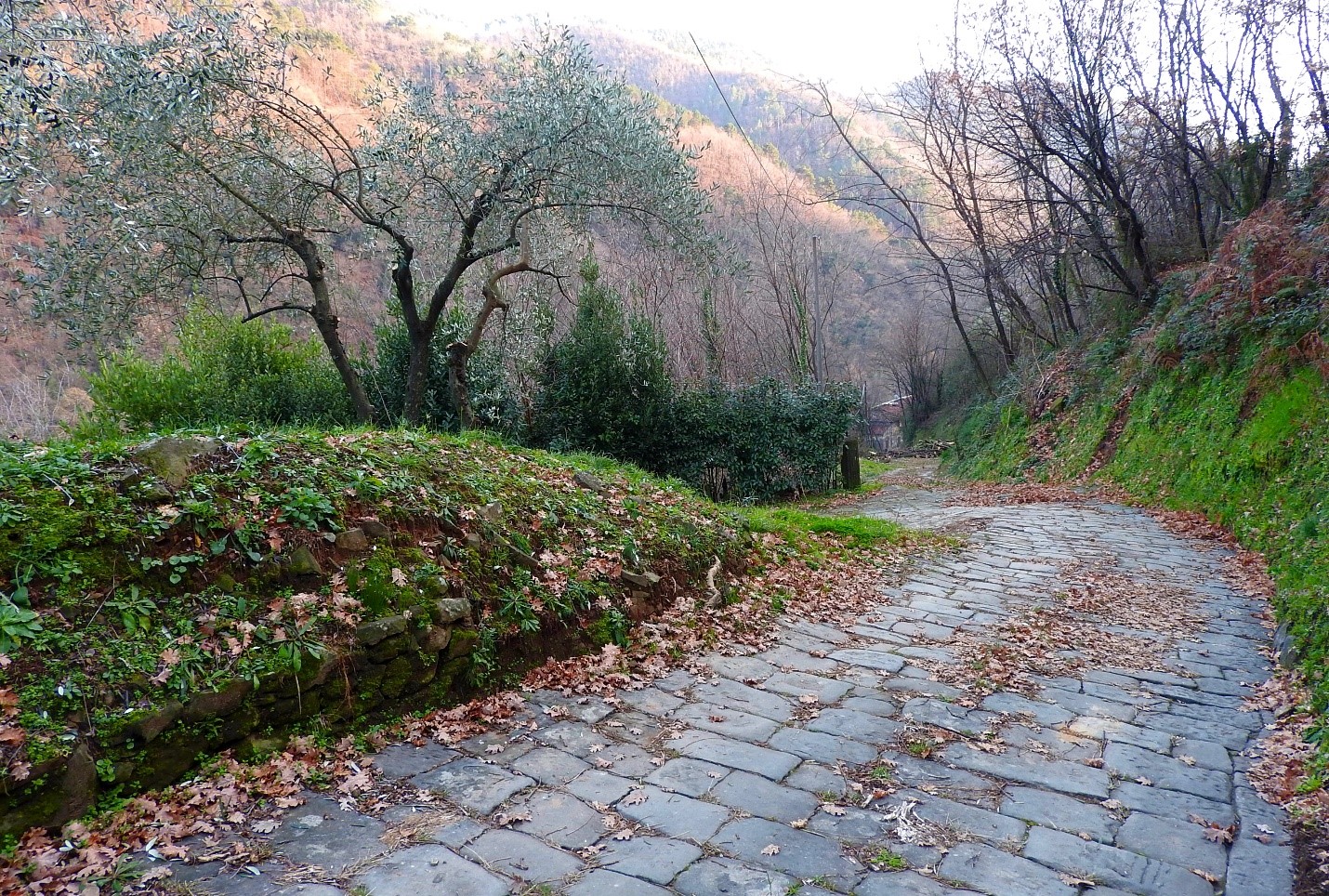 This website (in Italian) contains some information on the trails, or you can contact the project’s promoters.

If you travel a few miles east of Villa Basilica on foot or by car, you get to the valley containing the main branch of the Pescia. The availability of clean water was crucial for the papermaking industry, providing both the driving force to move the heavy machinery in the paper mills and one of the raw materials for making paper by hand.

The city of Pescia contains an ancient paper mill called Le Carte – part of the Pescia Paper Museum, and currently under renovation, although the work is nearing completion.  The paper mill is a one-of-a-kind in Europe: from the eighteenth century until the mill closed in 1992, paper here was produced by hand, following a method that remained virtually unchanged. As a result, an ages-old paper production method and an example of a fully functional paper mill have both survived to the present day. We described them in more detail here. 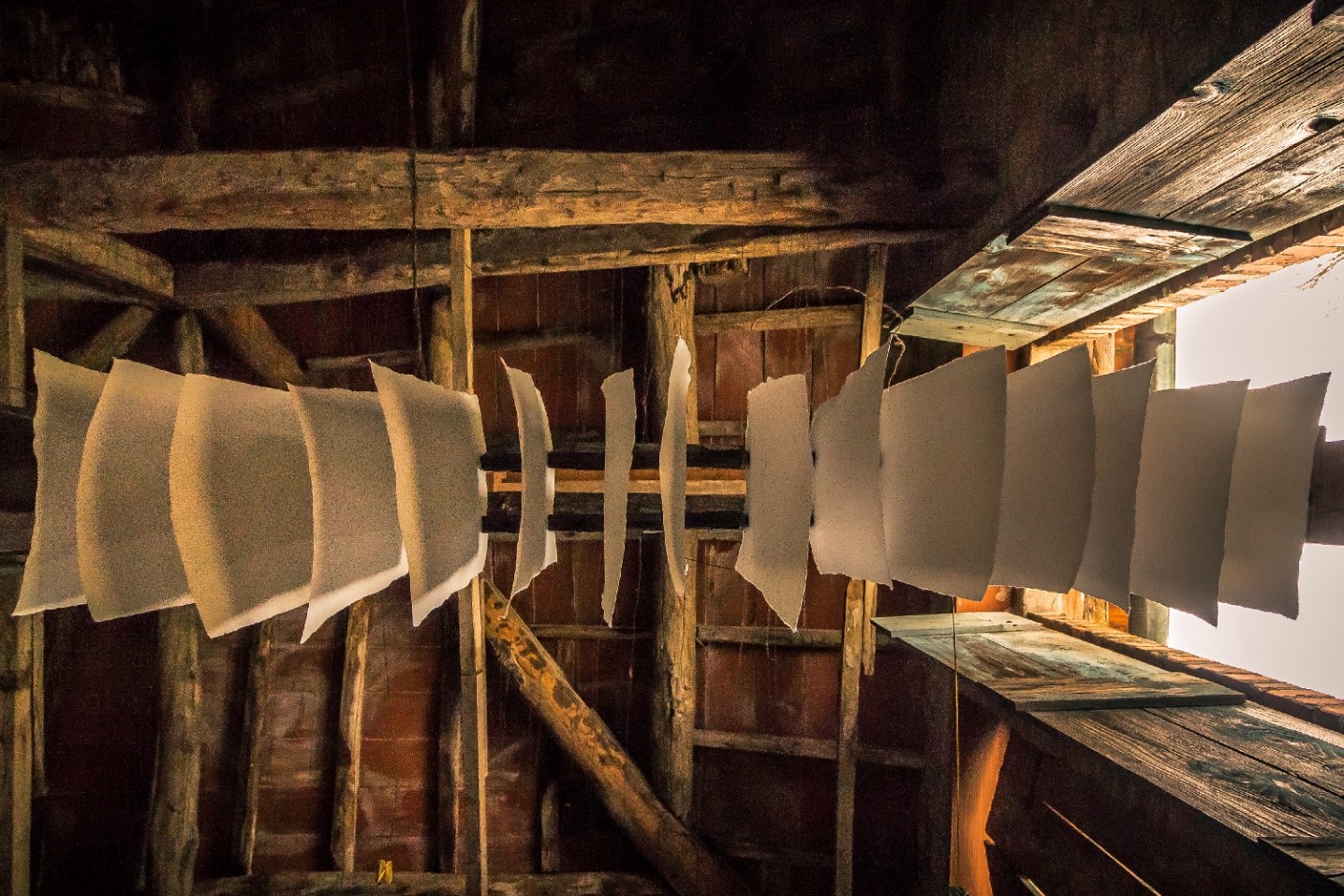 The paper mill – built in 1710 – still contains all the eighteenth- and nineteenth-century manufacturing equipment, making it one of the most significant pieces of industrial archaeology in Italy.

The Pescia Paper Museum also provides educational activities and is home to a large archive,featuring examples of the paper produced over the paper mill’s three-century-long history.

It’s time to leave the slopes of the Appennine Mountains: following the route once taken by Tuscan paper, we head for the coast, across the Lucca Plain, a floodplain bordered by the mountains that is today home to the region’s still-flourishing papermaking industry. Over the course of the twentieth century, Lucca’s papermaking district moved from producing straw paper to tissue paper (it is responsible for around 80% of the tissue paper produced in Italy) and corrugated cardboard (40% of Italy’s total production). 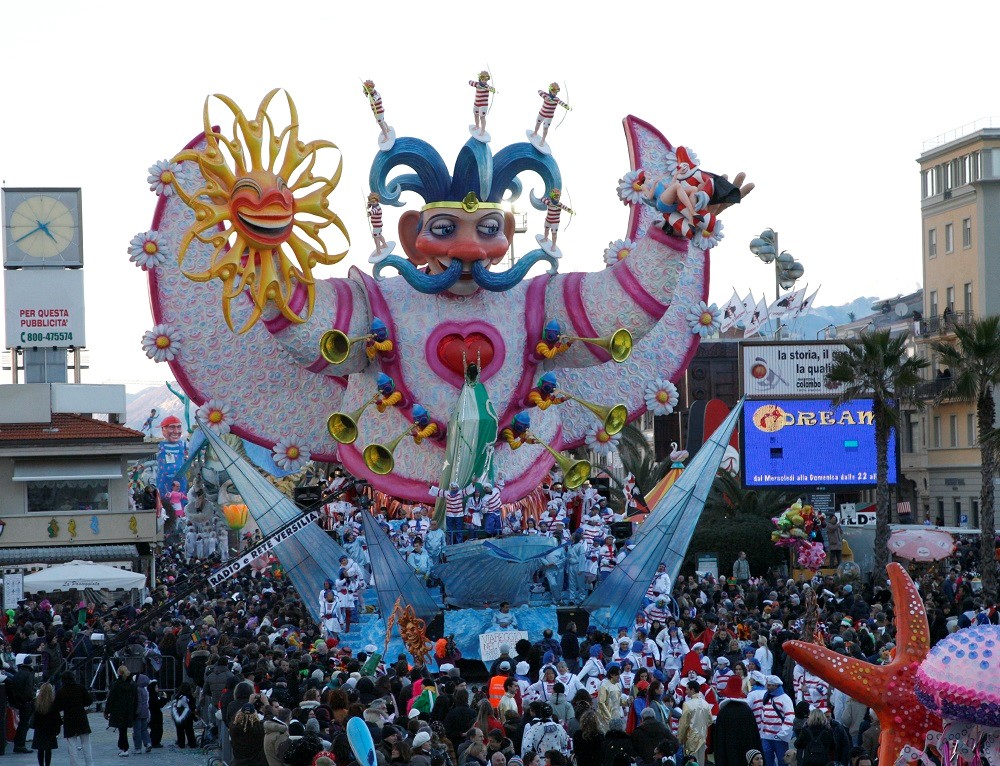 Having left the Lucca Plain, we arrive in Viareggio, the port where the enormous quantities of paper produced inland were once shipped around the world – the eight paper mills operating in the seventeenth century, for example, produced an impressive 16,000-20,000 reams of paper a year. However, relations between the merchants of Viareggio and Tuscany’s paper mills were not always entirely friendly. Some tensions erupted in the late seventeenth century: the merchants wanted to export and sell rags directly, while the paper mill owners needed them as a raw material. In the end, the owners won the dispute, and exports of rags were limited and regulated.

Nowadays, however, Viareggio makes spectacular use of paper in another way: the papier-mâché carnival floats produced by expert local float-makers. In February, the city becomes the backdrop for the finest creations produced in the hangars of the Viareggio Carnival Citadel: the enormous allegorical floats are assembled there before being taken directly to the city centre. During the spring and summer, meanwhile, the main square hosts concerts and theatre productions and the hangars are open to the public so they can view the papier-mâché masterpieces.

How about you? Are you ready (Covid restrictions allowing) to follow the trail of papermaking in Tuscany?